If there is one thing that I have learned, living in Innsbruck for so long, is that this town draws people together. It is a lot more international, diverse and eclectic than one might think. On June 6th, Innsbruck came out in full force to show just how diverse the city is, and how globally minded. 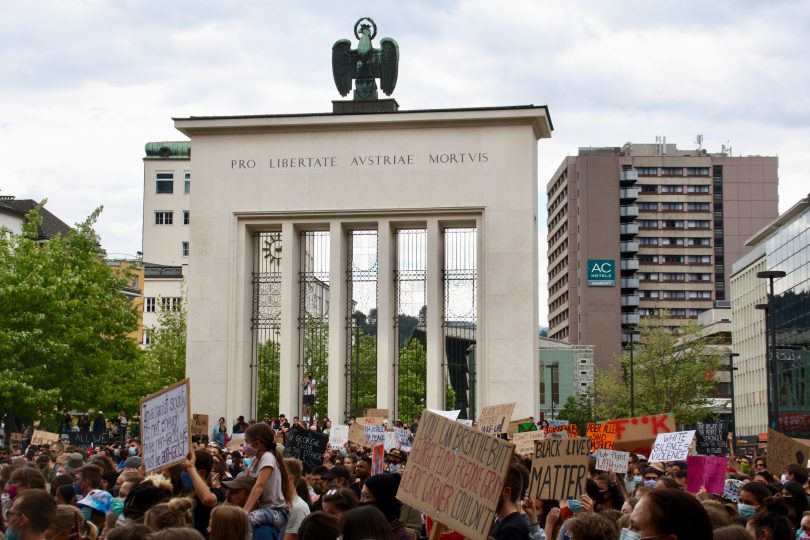 A sea of people, all with one message in mind.

In Minneapolis last week, George Floyd was murdered by police in a very public way, and since then rallies and protests have broken out all over the United States, and have now spread globally as well. At the moment it seems the United States is at a tipping point when it comes to police brutality, especially racially driven police violence. George Floyd is one name that stands out as the spark to action and the message is spreading. This last weekend, in Innsbruck, the police estimated that roughly 4,000 people turned up to make their voices heard and speak out for “Black Lives Matter”. 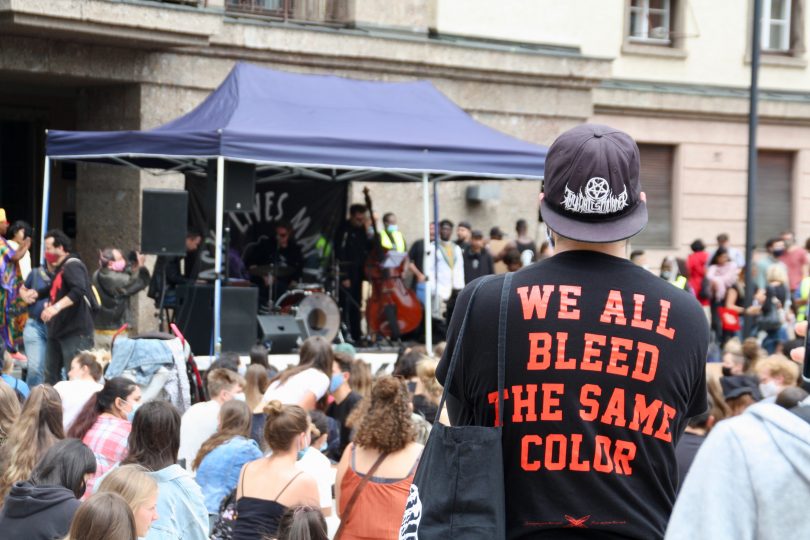 The stage was set up for the afternoon program, before the march began.

A small stage was set with a “Black Lives Matter” banner as people gathered at the Landhausplatz, in the shadow of a freedom memorial.  More and more people assembled, many with signs reading “I can’t breathe” which were words from George Floyd, “End Racism” and many other messages, some in German but many in English, showing just how international this rally was. There was music, testimonials from people of color telling their stories and their experiences with injustice.

There was always the connection to America and its current crisis, but it is not just a problem of one place or people, it is something that needs attention everywhere. Of course, we are in the time of Covid-19 which made the event a bit surreal. People gathered to demonstrate while maintaining a 1.5m social distance and having a nose-mouth face mask on, which didn’t seem to deter anyone. (Note: there is currently just one recorded positive case of Coronavirus in Innsbruck [city] and just 7 in the whole of Tyrol.) 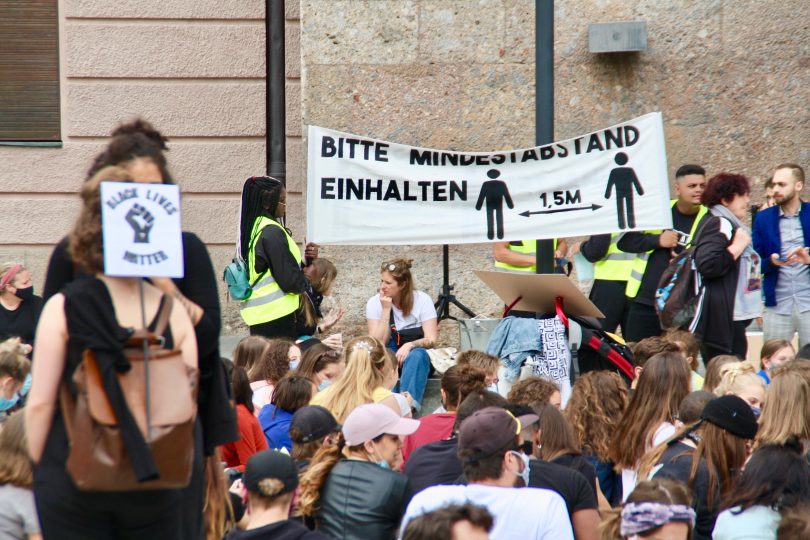 Even though masks and distance was required, that didn’t turn people away from making their voices heard.

I am from Minnesota. That is where I grew up, and it is appalling to think that something like that could have happened in my backyard. Minnesotans are known for being especially nice and accommodating, there is even a term coined, you can look it up… it’s called “Minnesota Nice”, and yet, that didn’t stop this tragedy. People are demanding change, and maybe this time change will actually happen. 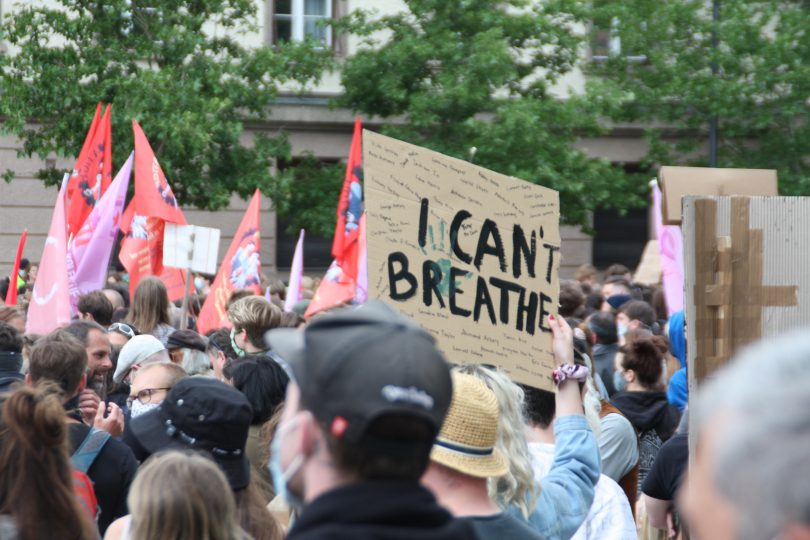 There were signs as far as the eye could see, regardless of language, the message was clear.

More and more people are realizing that the world is a small place, and everyone needs to stand together for justice. As they said at this rally, we are stronger together. It was truly amazing to watch Innsbruck come together for change that matters.