Building an Igloo for a party and a sleep over

An Igloo is what Eskimos call home. You can experience living like an Eskimo right here in Innsbruck and Kühtai. This is how they are built.

To begin building an igloo, there needs to be a 20cm base on the ground. The balloons that make up the structure are then put in place and anchored down. 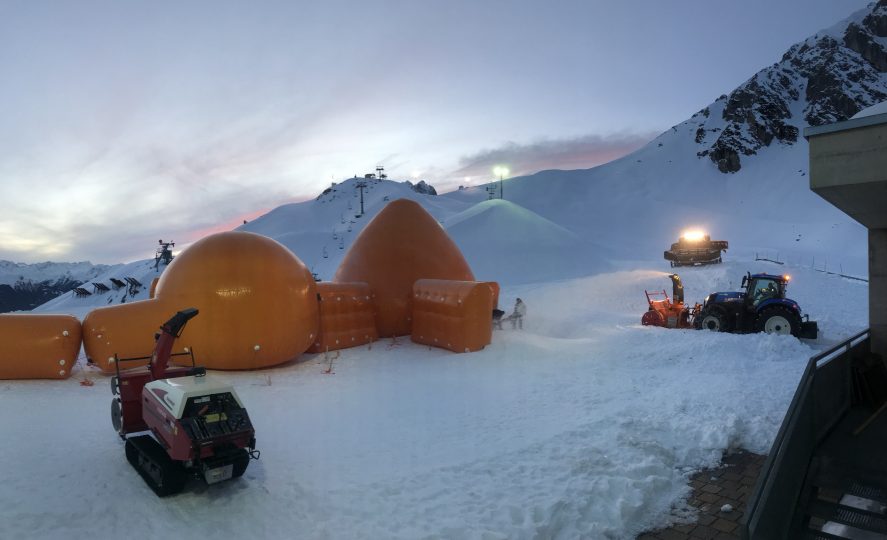 Balloons are used to create the structure of the Igloos. Photo © Nordkette.

The igloo builders use thousands of cubic metres of snow, mostly preserved from the year before. This year the snow came early, so perfect conditions for the Igloos. 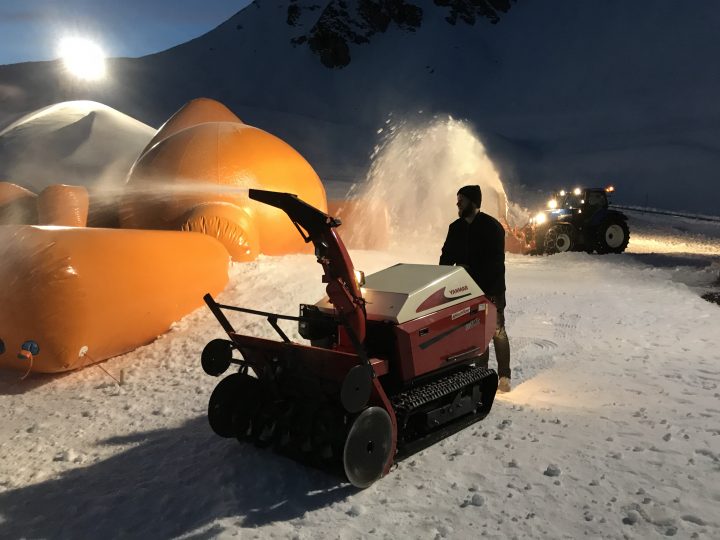 The snowy structure is then left to set from twelve hours to three or four days. The longer they leave it, the stronger the structure. The balloons are then pulled down and shaping of the walls, corridors and bars begin. 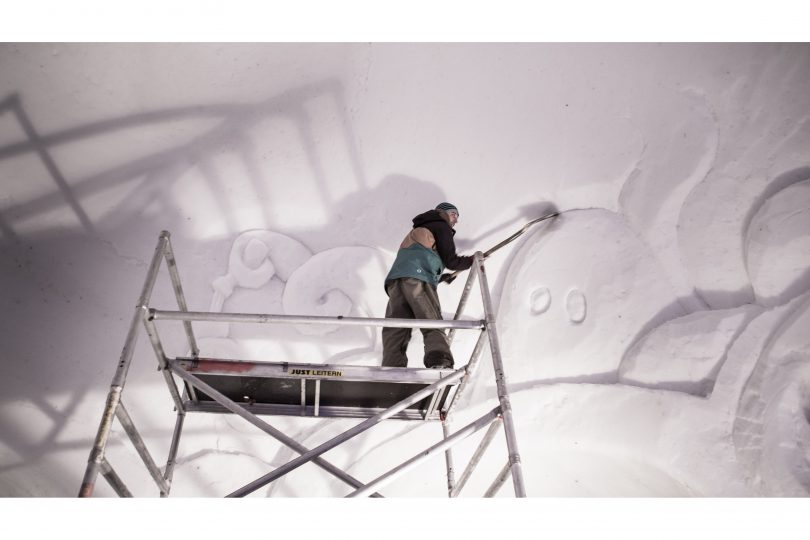 The finishing touches are then added, such as installing woodwork, electricity, doors and other interior details. 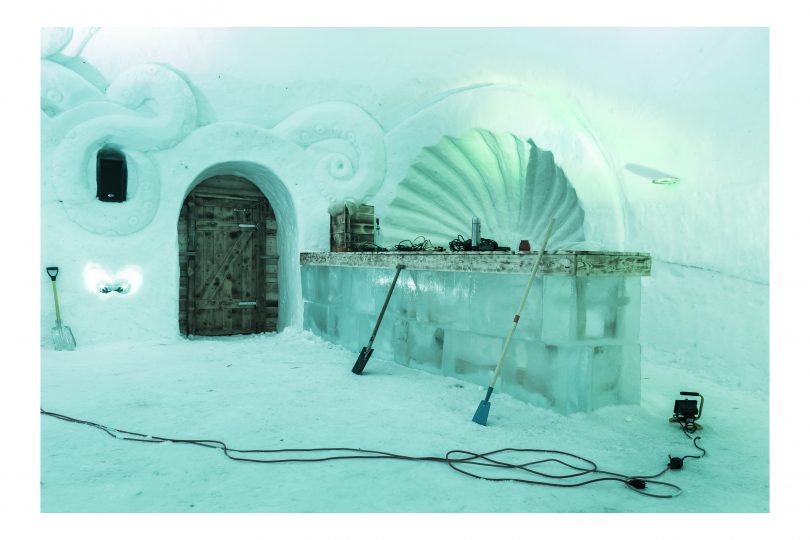 The igloos at Kühtai have sleeping options where approximately two tonnes of snow is used to build the bed box. The bed is a slatted frame with a foam core mattress that has Gore-Tex sheathing. Sheepskins are laid on top for guests to place their own sleeping bags on them, cosy cosy. 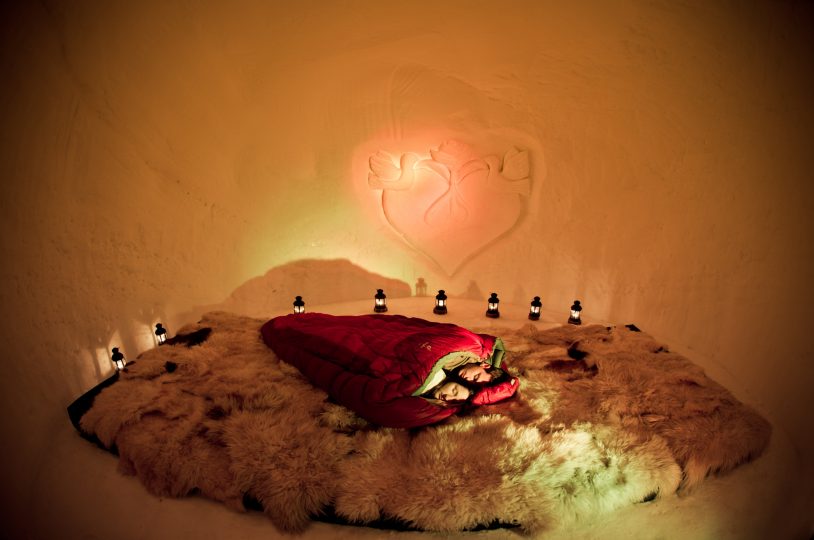 Next to Innsbruck’s Seegrube lift station at 1.905 metres above sea level, the igloo called Cloud 9 is open from December to April. Known as the Alps’ highest club, it hosts a party every Friday night from 6pm to 11pm  featuring DJs from around the world, as well as local talent. 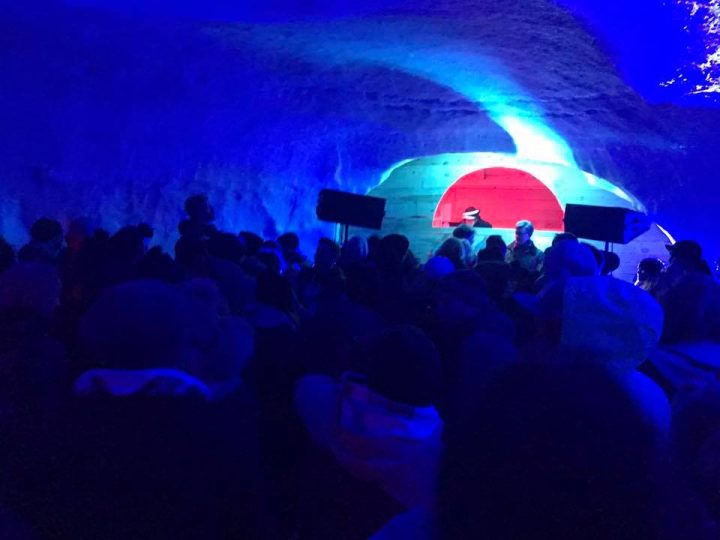 This is a party I filmed last Winter…

The bar is open daily, sometimes with DJs spinning an array of feel good music for you to dance in the snow with the winter sun beaming down. 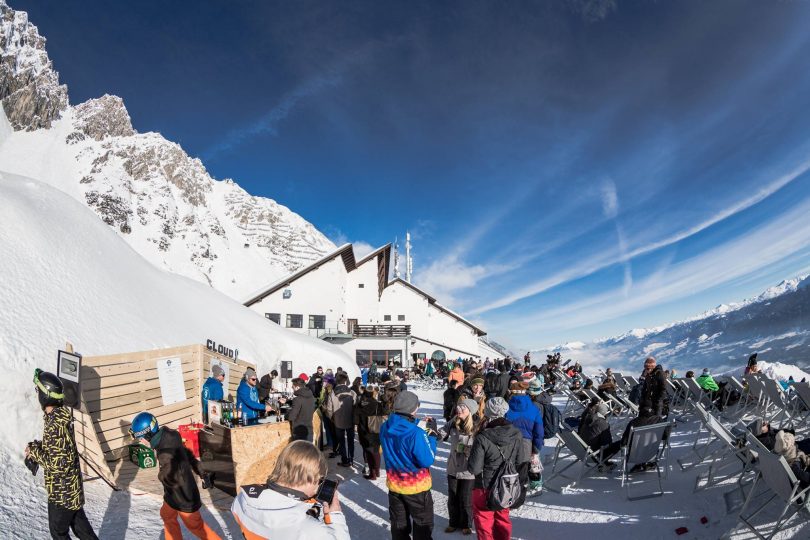 The igloo is made up of a main room, three smaller rooms and little cubby holes. The elegantly carved artwork on the walls is lit up with different colours, it’s very magical. 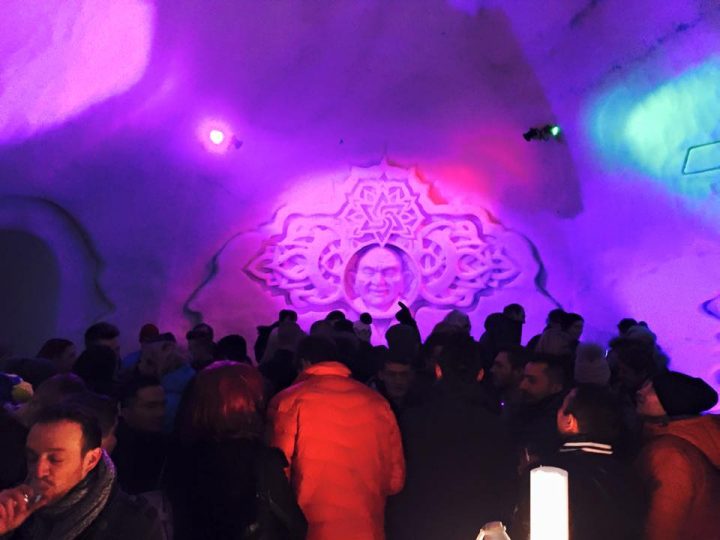 Fascinating carvings in the Igloo walls.

For information about upcoming events, keep an eye on their Facebook page.

Located in Kuhtai – Austria’s highest winter sports resort at 2020 metres above sea level. It’s about 45 minutes from the city by car, regular buses run to and from Innsbruck too.

The igloo village is made up of twelve igloo suites, one igloo bar and one multifunctional igloo. There are heated bathroom facilities with hot water located close by. 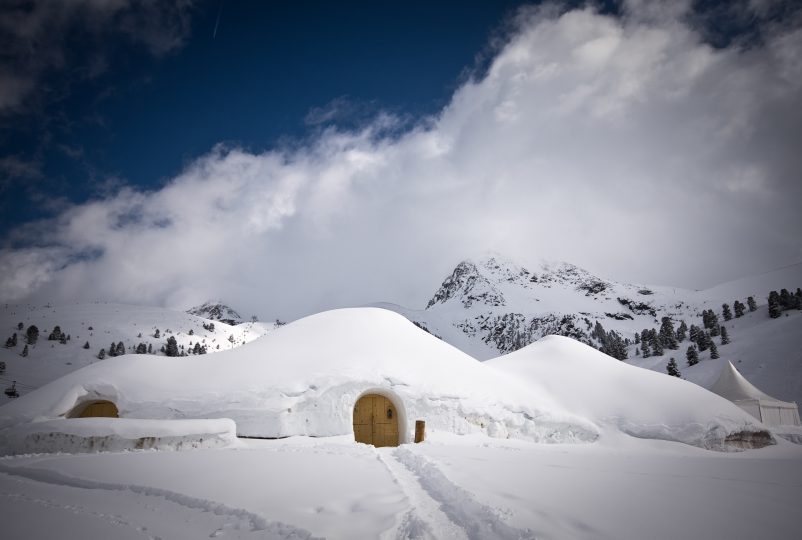 Every overnight guest receives a free welcome drink, has use of the outdoor barrel sauna, receives a voucher for a 4-star gourmet breakfast in the warm hotel next door. Dinners are held in the Dining Igloo. 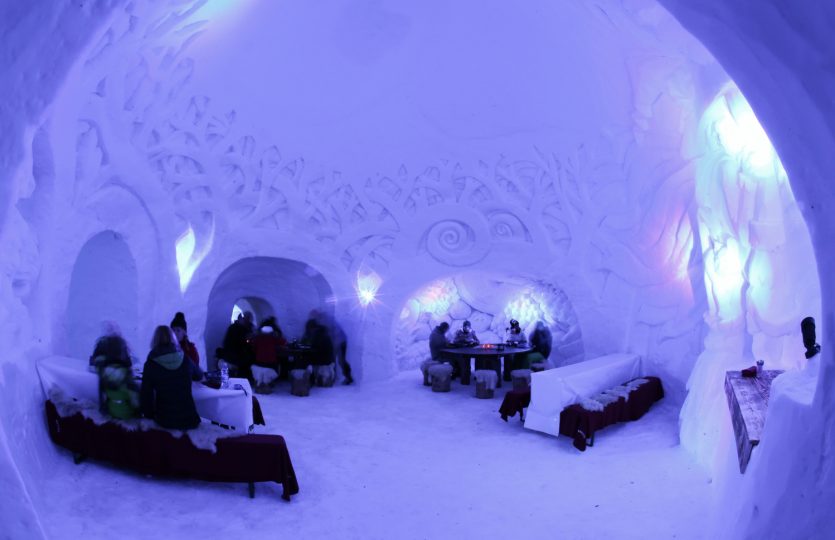 Having dinner in an iglu. Photo © Iglu Village Kühtai.

There are many additional outdoor activities, such as snowshoe hikes and husky workshops, plus free igloo village games: midnight frisbee, full moon football and snow golf. You will never be bored in this winter wonderland! 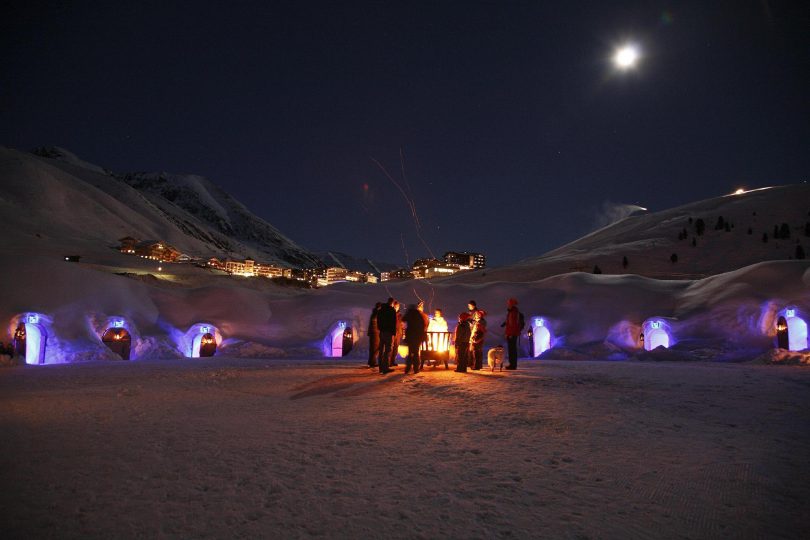 Moonlight meet up in the village. Photo © Iglu Village Kühtai.

Being such an extraordinary location, the village can host anything from company events to birthday parties or even weddings.

The idea that you’re sleeping outside in a building made out of snow is just unbelievable!

The past few years, I DJed at Cloud 9 for NYE (Silvester) and this year I grace the decks again along with fellow local DJ called Herr Coco. It’s gonna be another unforgettable party, leaving you on cloud nine for the following few days. 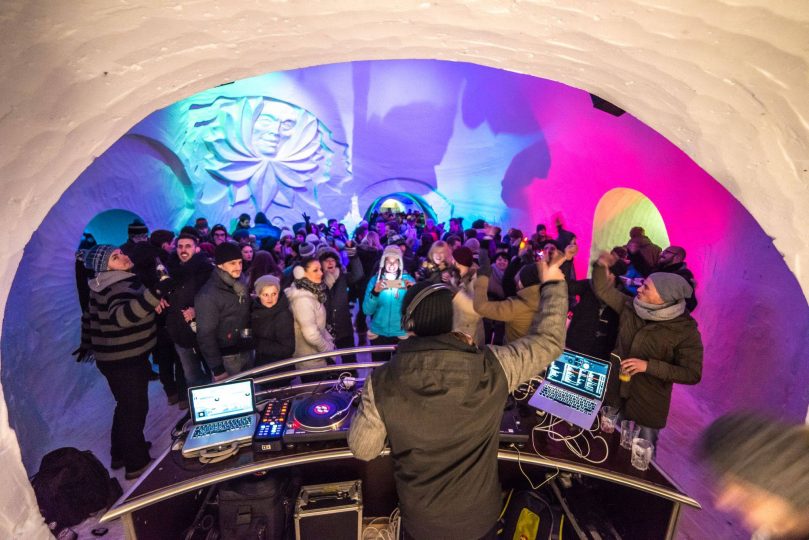 Of course there will be an amazing fireworks display on top of the mountain. Plus a breathtaking view of all the other fireworks going off below in the surrounding valleys and mountains. 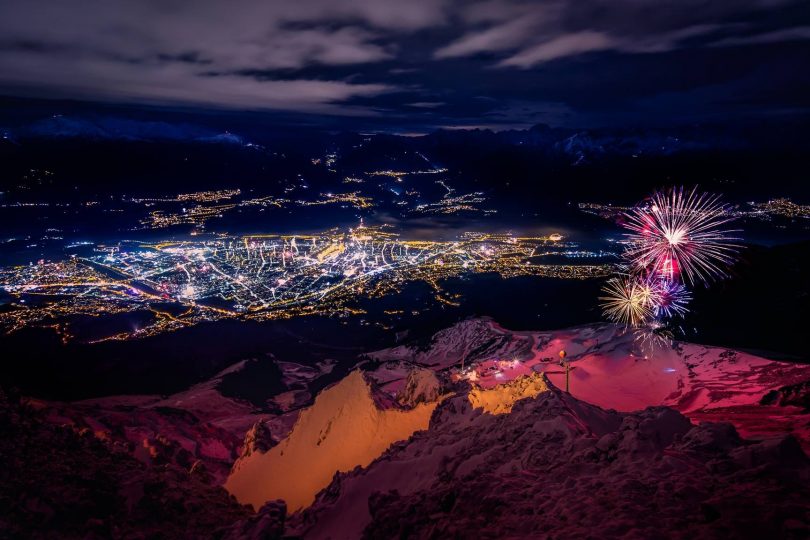 You can also celebrate the new year at the Kühtai Iglu Village. They also have a DJ, plus a campfire chill out area, snowshoe hiking with toboggan run, a spicy & sweet cheese fondue in the Dining Igloo and a panorama fireworks display, when the clock strikes midnight. 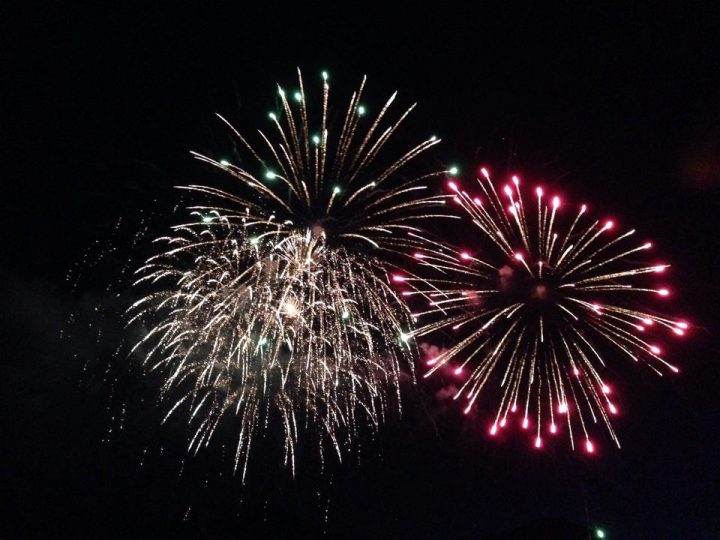 Tickets for the Kühtai Iglu Village are limited and sell out quickly, order yours here.

Feel free to check out what else is on for Silvester in the Innsbruck region.