It’s been 25 years since Innsbruck hosted the Climbing World Championships, but it’s our turn again! From the 6th to the 16th of September over 700 athletes and tons of spectators will make their way around Innsbruck to Olympiaworld, the fancy new climbing center, and to the Marktplatz; to watch climbers strive to medal in Lead, Bouldering, Speed climbing as well as the Olympic combination. This will run parallel to paraclimbing competitions, scattered throughout the event.

This will be the first championships with the new Olympic format, and the longest yet at 10 days, which is double last time. The longer time frame will allow athletes to perform in several disciplines without compromising their recovery time. Which is also great for the crowd because giving the athletes extra time means more time for the spectators to get in on the fun! There are a ton of side programs to get into too! 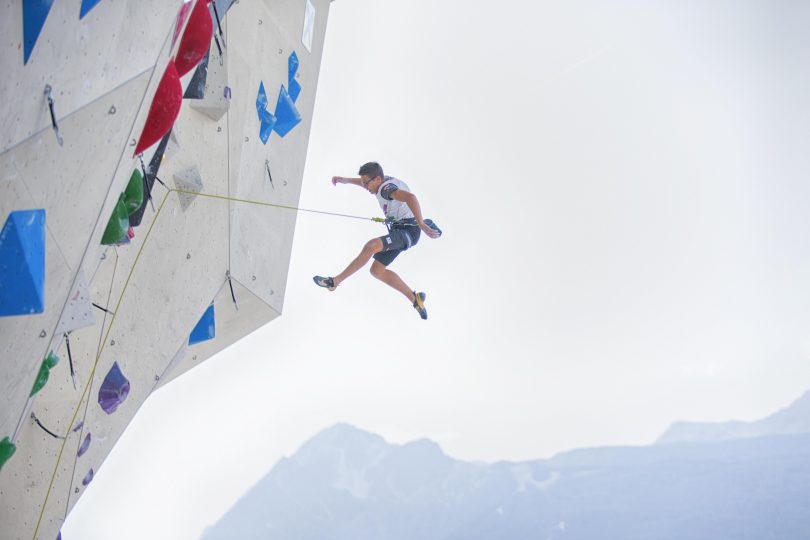 The Marktplatz will be turned into the ‘Climbers Paradise Village’ where there will be workshops, films, concerts and more! Kicking it all off for the opening ceremony will be a performance by Fritz Kalkbrenner and other performances will be scattered throughout the rest of the competition. It’s going to be a musical 10 days!

Maybe you want to try your hand at climbing? There will be workshops and times where spectators can get in on the action. Various films and climbing documentaries will also be shown there. For the layman that may not know much about climbing (cough, like me, cough) there is a little bit of everything!

What Am I Watching?

The disciplines to check out are : Lead, Bouldering, Speed, and the Olympic Combined. Let’s go step by step so you know what you’re looking at, shall we? 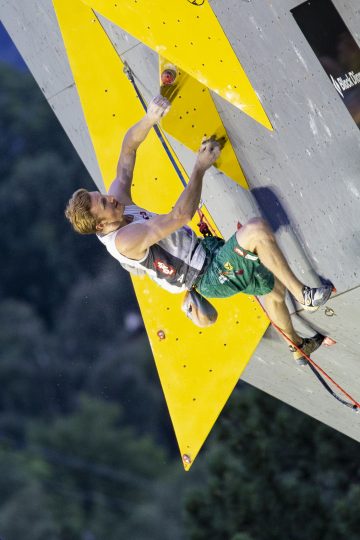 Lead : Starting off the competition, lead is a test of strength and endurance where the athletes climb with a rope on a 15-20 meter high wall, on a set route with a time limit. The winner is the one who can climb the farthest within that time. 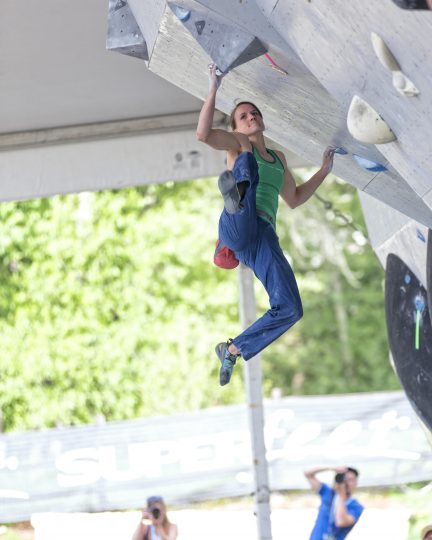 Bouldering : Next on the schedule comes bouldering. This type of climbing isn’t at high heights and is without a rope, but don’t worry there are mats at the base of the wall should someone take a fall. Bouldering focuses on coordination and agility, to show off the more tricky movements. 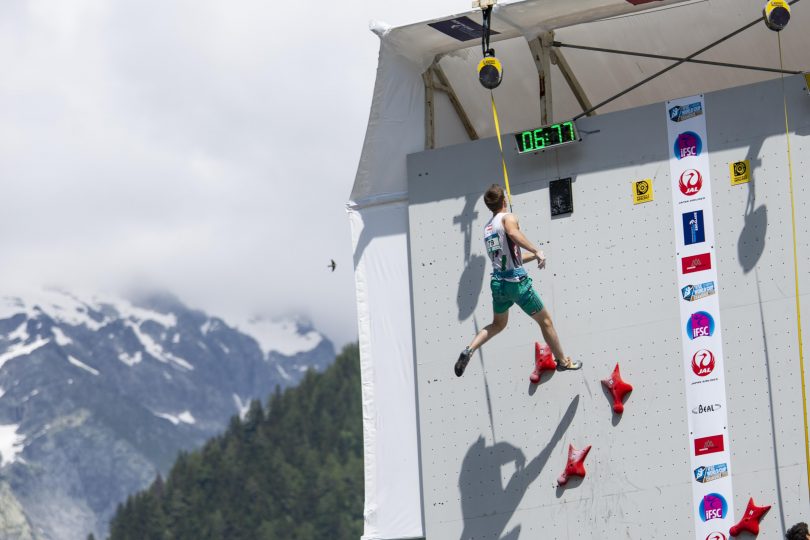 Don’t blink, the speed round is over in a flash! Photo:Heiko Wilhelm

Speed : Thursday is speed day, with the qualification rounds earlier in the day, and the finals that evening. Much like the event itself it will be over quickly, so make sure you get down and check out just how fast these athletes can scale the wall! The name makes this one pretty clear it’s all about speed speed speed. This discipline needs speed and stamina as the winner is determined over several knock out rounds. 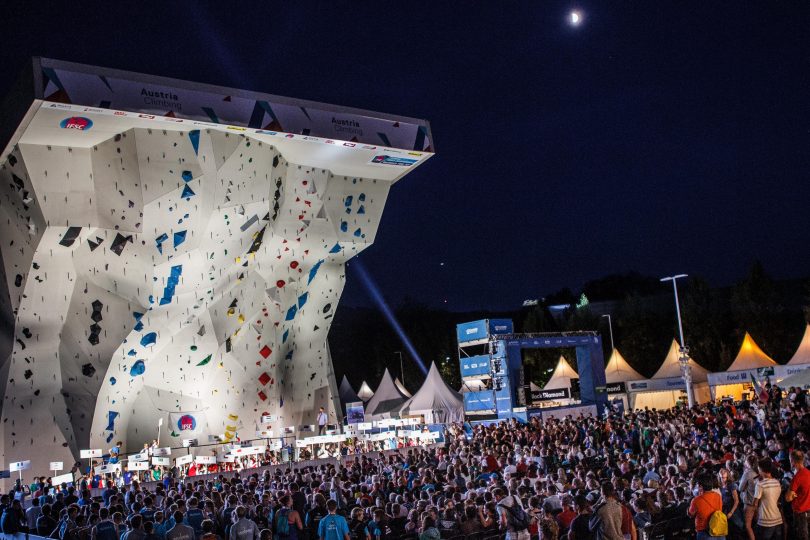 Innsbruck will be a buzz, jam packed with things to do and see. Photo: Moritz Liebhaber

Olympic Combined : Men and women’s Olympic combined finals will take place on Sunday, with the women earlier in the day and the men finishing things off. As the name implies, this discipline combines all others. Starting with speed, followed by bouldering and ending up with lead. It will close out the 10 days where the six best men and women with the lowest best total scores from all three meet in the final showdown. This is the big one – whoever wins the Innsbruck 2018 IFSC World Championships combined event will be the favorite for a gold medal at the Olympic Games in Tokyo 2020.

Check out more on the schedule here. 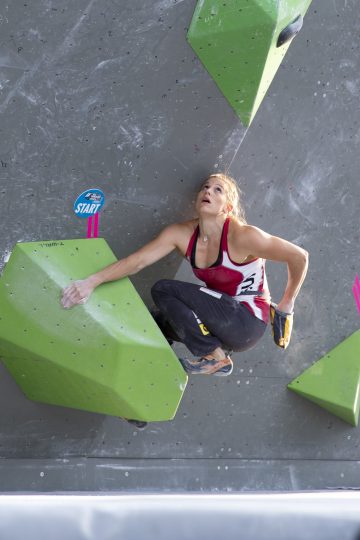 Come witness the pinnacle of climbing here in the jewel of the Alps. It will be 10 days of pure entertainment, so don’t miss out! Get involved, and take it all in!