Innsbrucker Segelflieger Vereinigung celebrated their 65th anniversary with the reenactment of a historic flight that took place 75 years ago off the Seegrube. The event also included a glider plane stunt show.

Pilot Walter Wartlsteiner and the Rhönbussard replica were launched off Seegrube at an altitude of 1,950 meters, using only a bungee cord and the strength of volunteers from the ISV club and the Hungerburg Fire Department. The glider plane accelerated from 0 – 80 km/h in a matter of seconds, then crisscrossed through the Innsbruck sky as onlookers cheered with joy. Mr. Wartlsteiner and the Rhönbussard soared above Innsbruck for approximately 15 minutes, ultimately landing at the Innsbruck Airport. Prior to the flight, the pilot made the rounds; greeting spectators, posing for photos and being interviewed by the multiple members of the media present to document this historic event. Other members of the club were also present to share information about membership, training and tours offered to the public. Add the glider plane tour to your Innsbruck to do list. You’ll be treated to a bird’s-eye view of the town and Alps, guaranteed to be an unforgettable experience you’ll tell for the rest of your life. 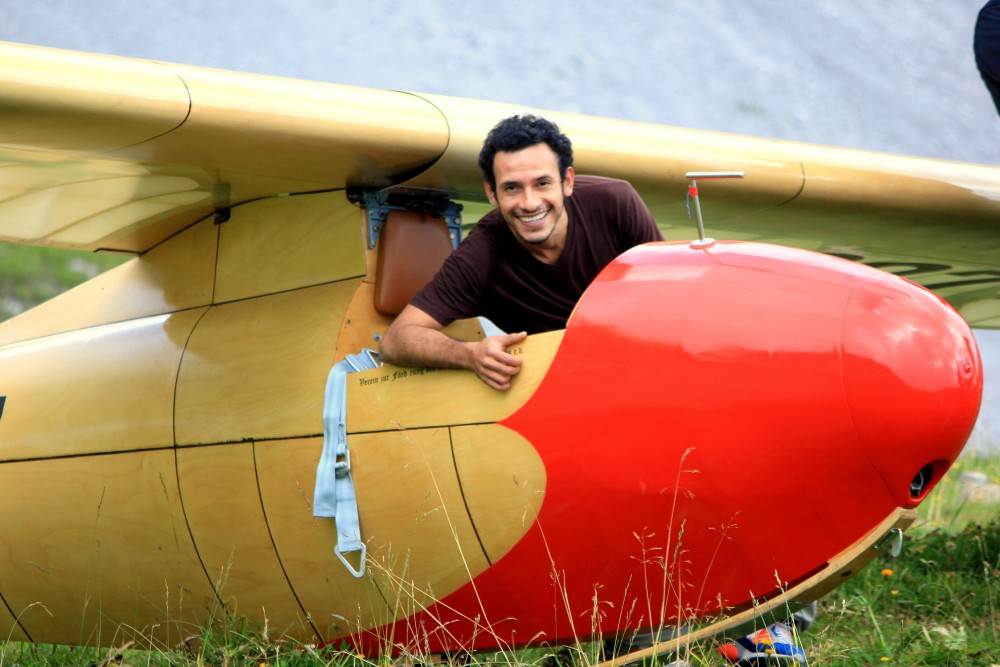 The stunt show was performed by a separate glider plane that was towed by a motorize aircraft, then released in mid-air. The stunt plane mesmerize the spectators with barrel rolls, flips, plunges and sharp turns; at one point flying only meters above Restaurant Seegrube! 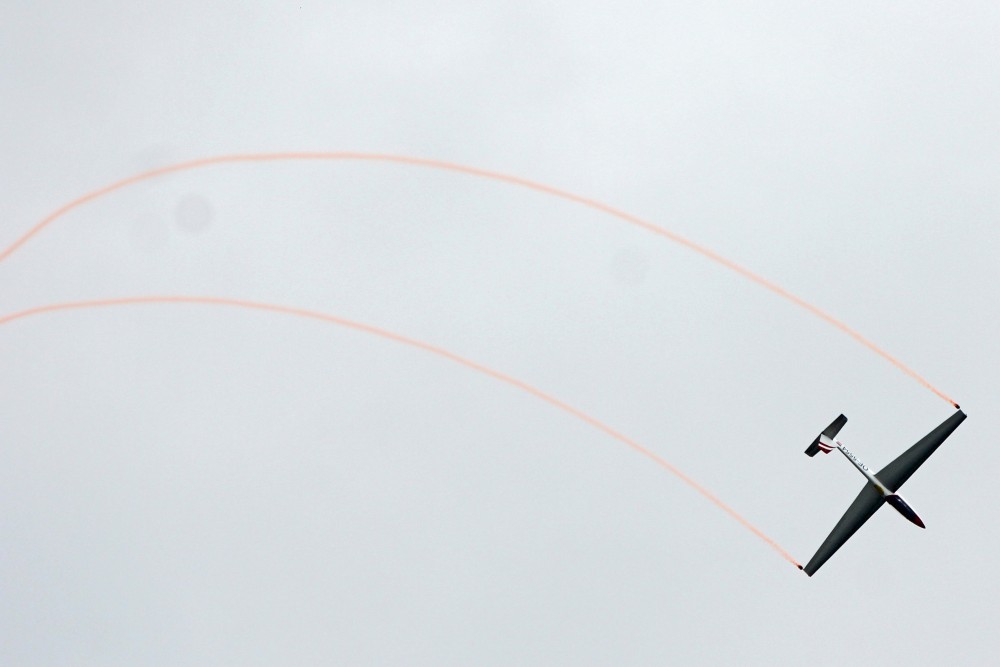 Stunt Glider cuts through the sky with death defying tricks 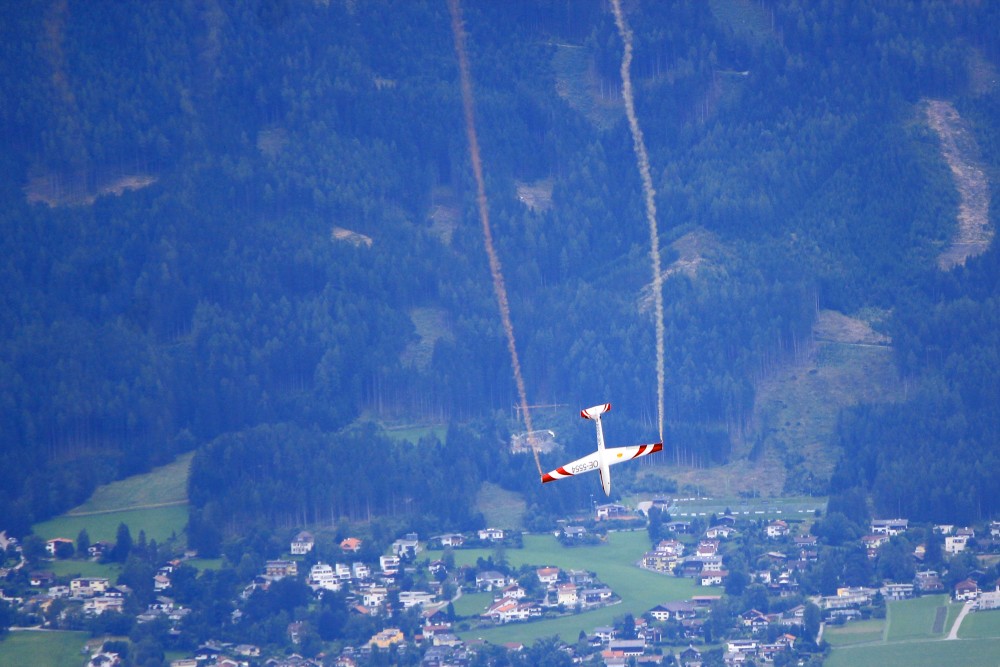 Stunt glider plunging towards the ground with smoke trails behind 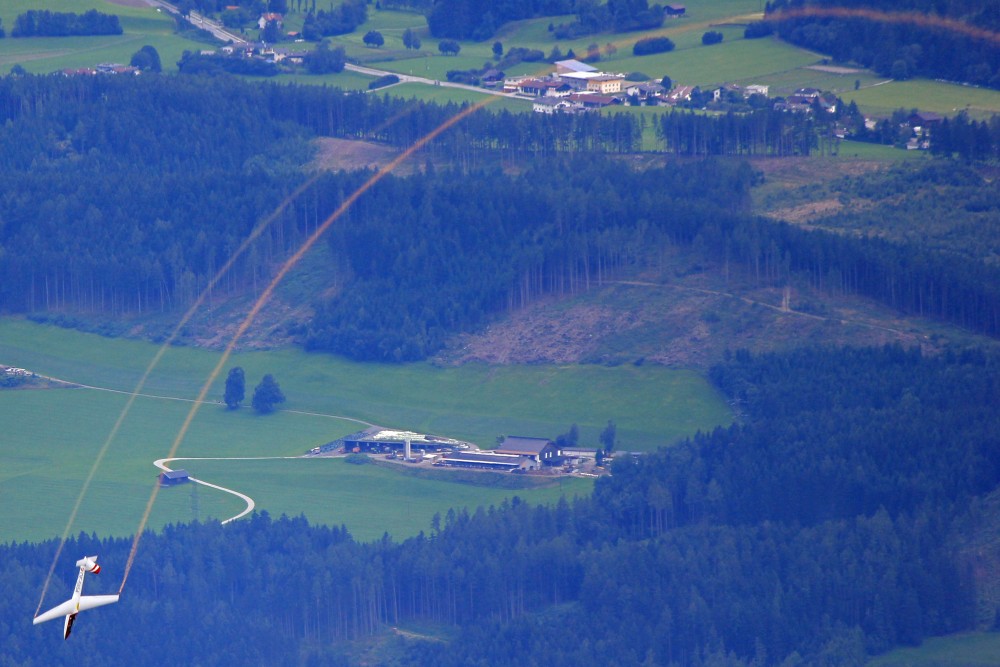