Over the years, Innsbruck has established its position as one of the cultural hotspots of Early Music. The new season of concerts has just opened and many performances are free. I don’t know much about Early Music but am interested in the historical atmosphere it creates. So I gave it a go and attended a pop-up concert in the Old Town. The keynote of the concert was the late Tudor era — the height of the English Renaissance, and the concert happened to take place on the birthday of the last Tudor monarch, Queen Elizabeth I. How fitting! 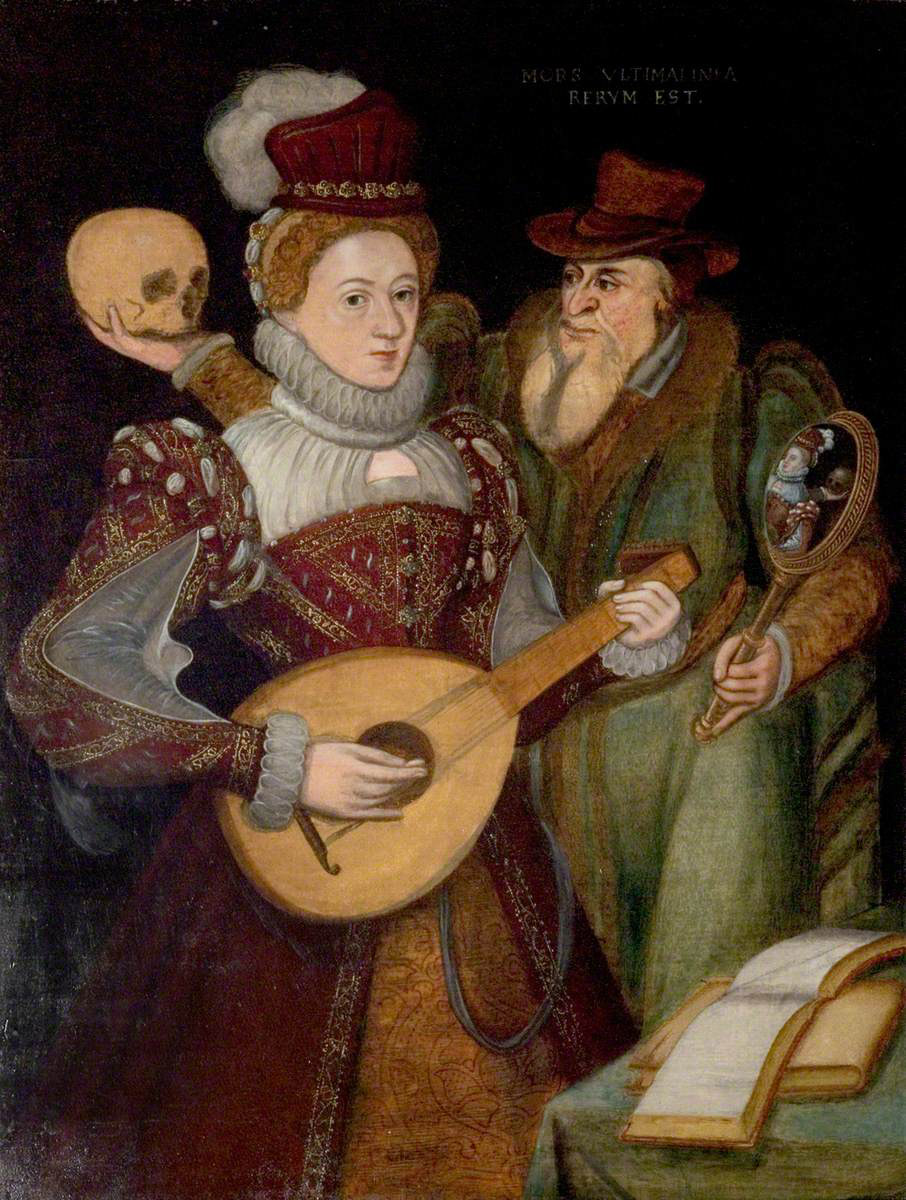 Lutes were used in the concert I attended. / CC-BY-NC-ND Image – Courtesy of the Shakespeare Birthplace Trust

I call it a pop-up concert because the intimate concert was held at an unusual location, the arched hallway of the Trautsonhaus. In the 16th century, the front part of this house was renovated from the Gothic style to the then very trendy Renaissance style. Therefore, it showcases the architectural characters of both and remains a landmark of Innsbruck till this day. The unconventional space of the concert not only echoes the timeframe of the playlist, but also provided great acoustic environment! 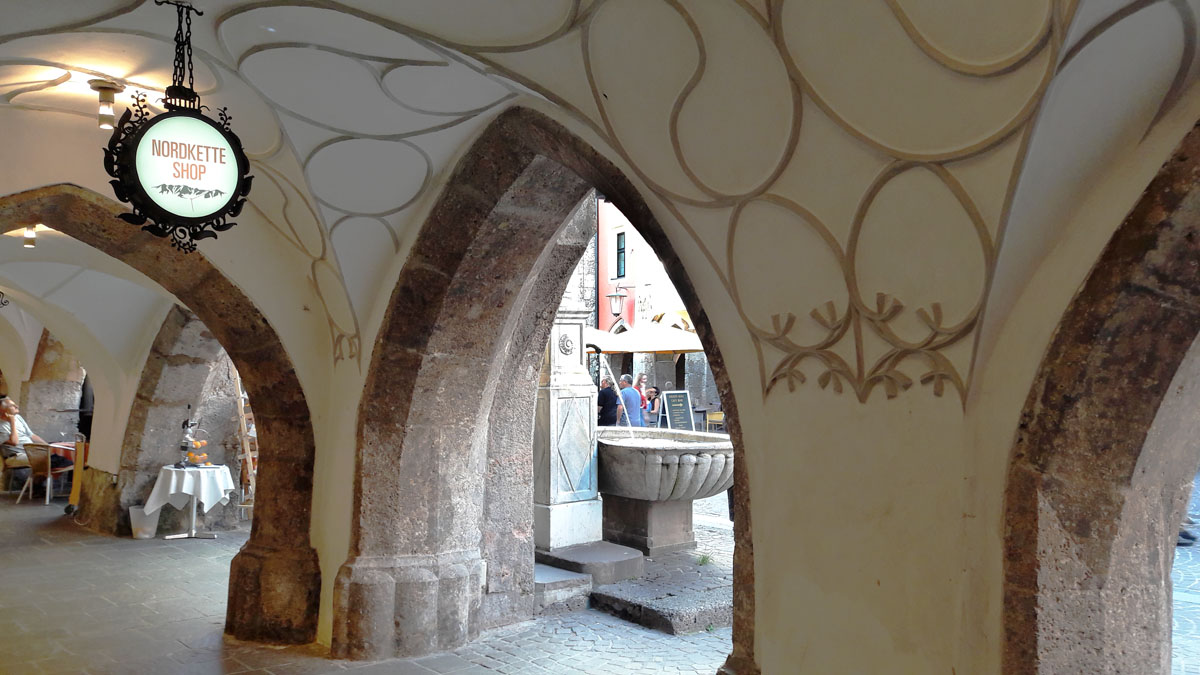 The ceiling above the arches is decorated with “fish bubble” pattern which is of late Gothic style. Another landmark, the famous drinking fountain “Trautsonbrunnen“, is just outside the building. © Ichia Wu 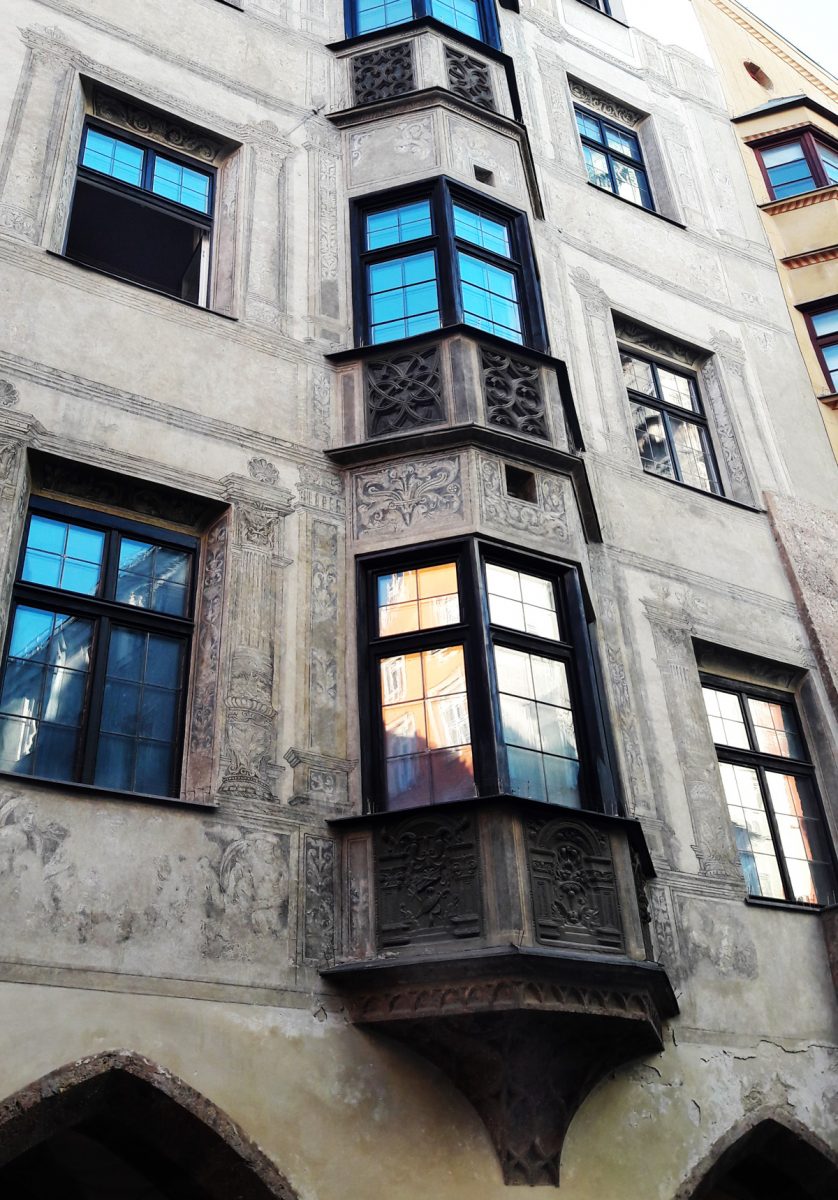 The polygonal oriels and the elaborated paintings on the facade were popular designs in Renaissance times. © Ichia Wu

The Music and the Artists 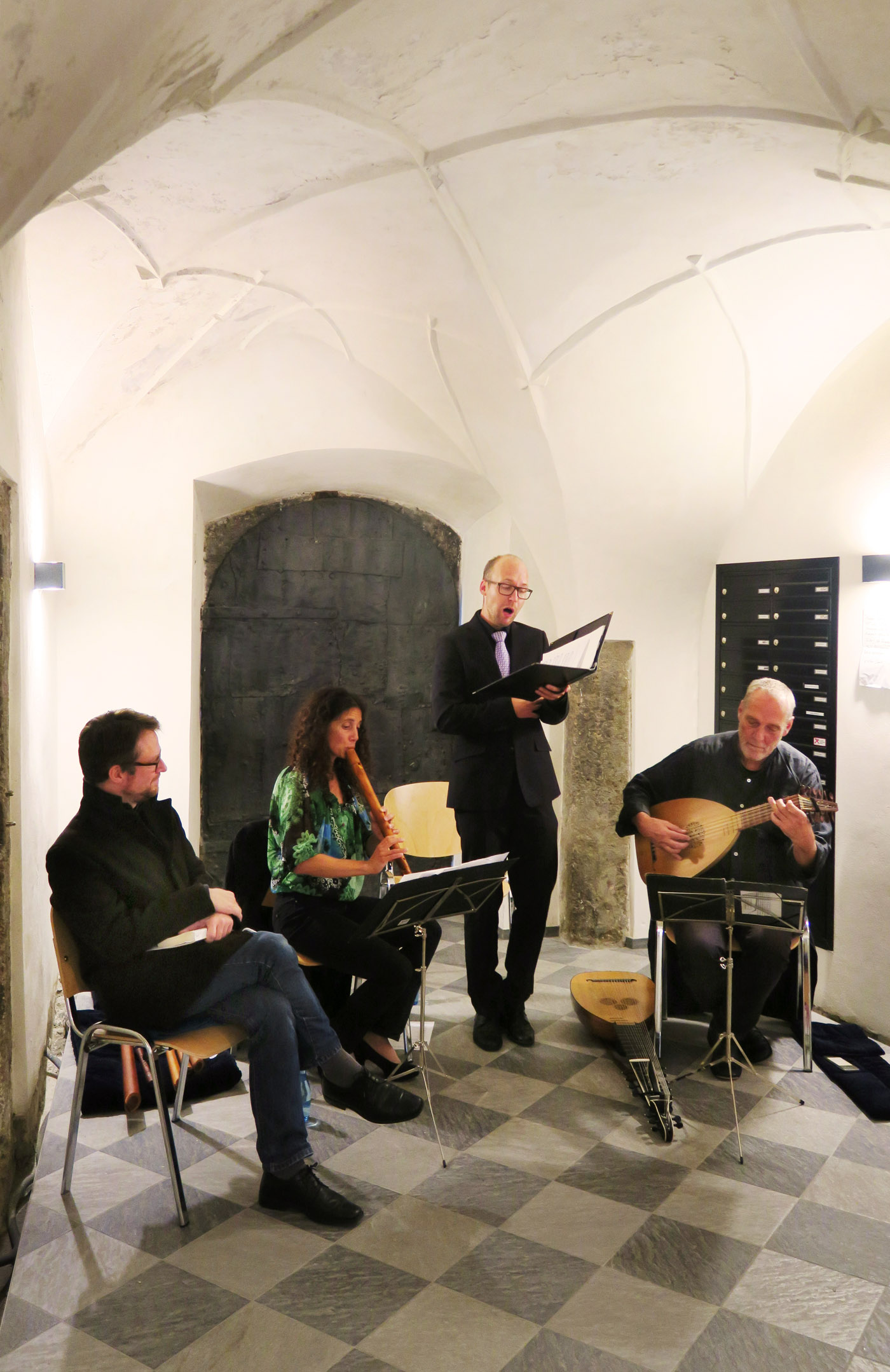 Many pieces by English Renaissance composers John Dowland (1563—1626) and Thomas Morley (1557/8—1602) were featured in the concert. When the songs were composed, it was fashionable to give the music a touch of melancholy. There were also a few late Renaissance / early Baroque songs from Florence and the Netherlands.

The ensemble consisted of Ilse Strauß the recorder player, Wolfgang Praxmarer the lutenist, Wilfried Rogl the tenor and Kristoffer Nowak who recited Shakespeare sonnets (written between 1592 and 1598). 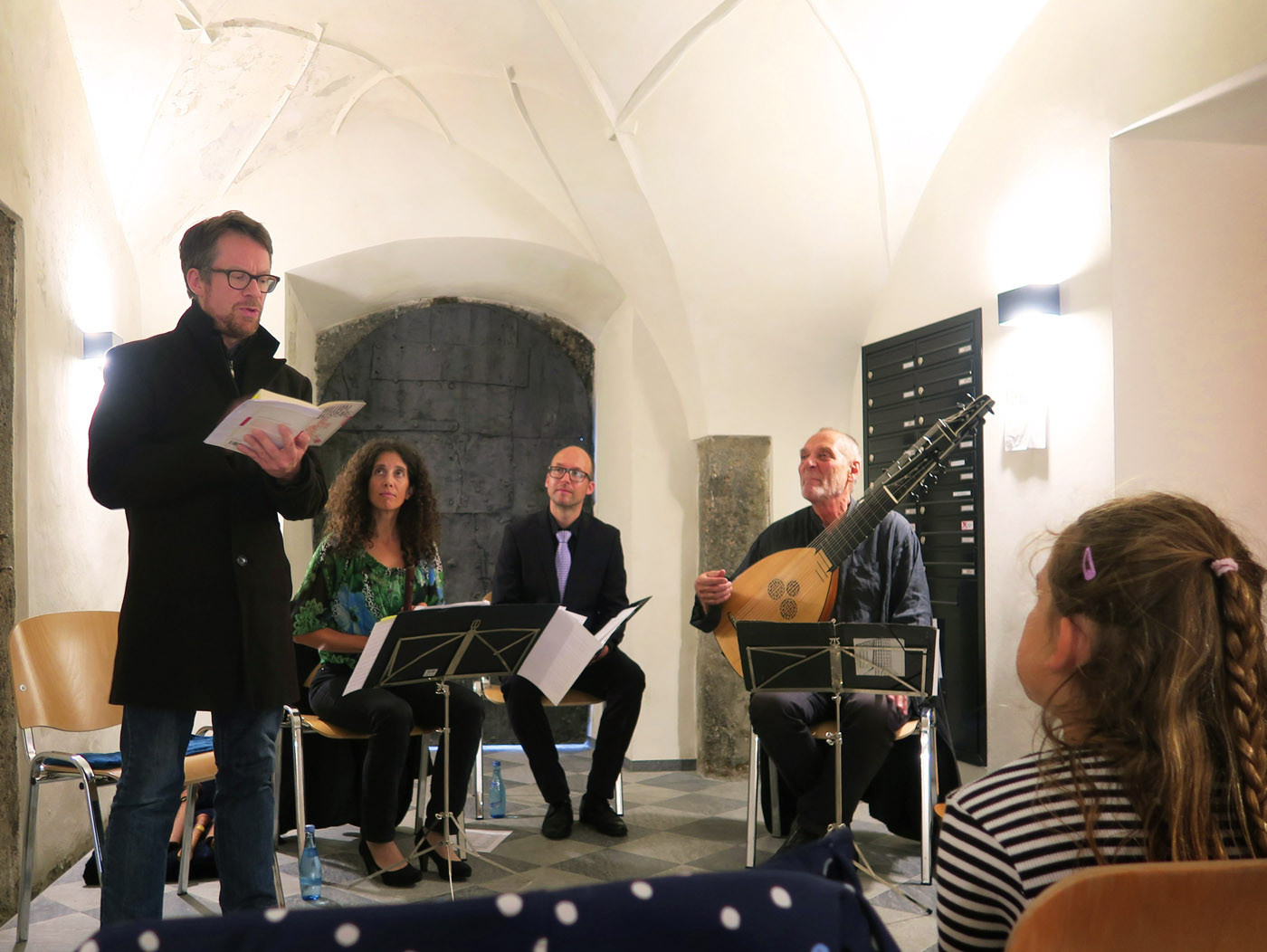 Ilse played poetic recorders of various sizes and sometimes her fingers moved faster than raindrops. Between Wolfgang and his lutes, gentle dialogs flowed like a river. Whenever Wilfried sang, the space glowed, and Kristoffer’s powerful reciting immersed the audience in total Shakespearean Englishness.

The musicians are members of the Ensemble Rosarum Flores. A beautiful video on their website gives you a taste of what their performance is like:

After the short and sweet Elizabethan concert, the ornamented hallway led me back to the busy street in the Old Town. Actually, the century-old mood seamlessly continued. No wonder Early Music found its revival in Innsbruck!

While Queen Elizabeth I was ruling England and Ireland (1558—1603), Archduke Ferdinand II, one of the most prominent historical figures in Tyrol, was upgrading Innsbruck into a more sophisticated city. He handpicked a Flemish Kapellmeister (chief musician of the court) who then recruited many Dutch and Italian talents. The music scene in Ferdinand II’s court sounds international and lively to me!

The appreciation of music has been shared by the people and deepened with time. Next time when you are in Innsbruck, please follow the sound of music and join us. 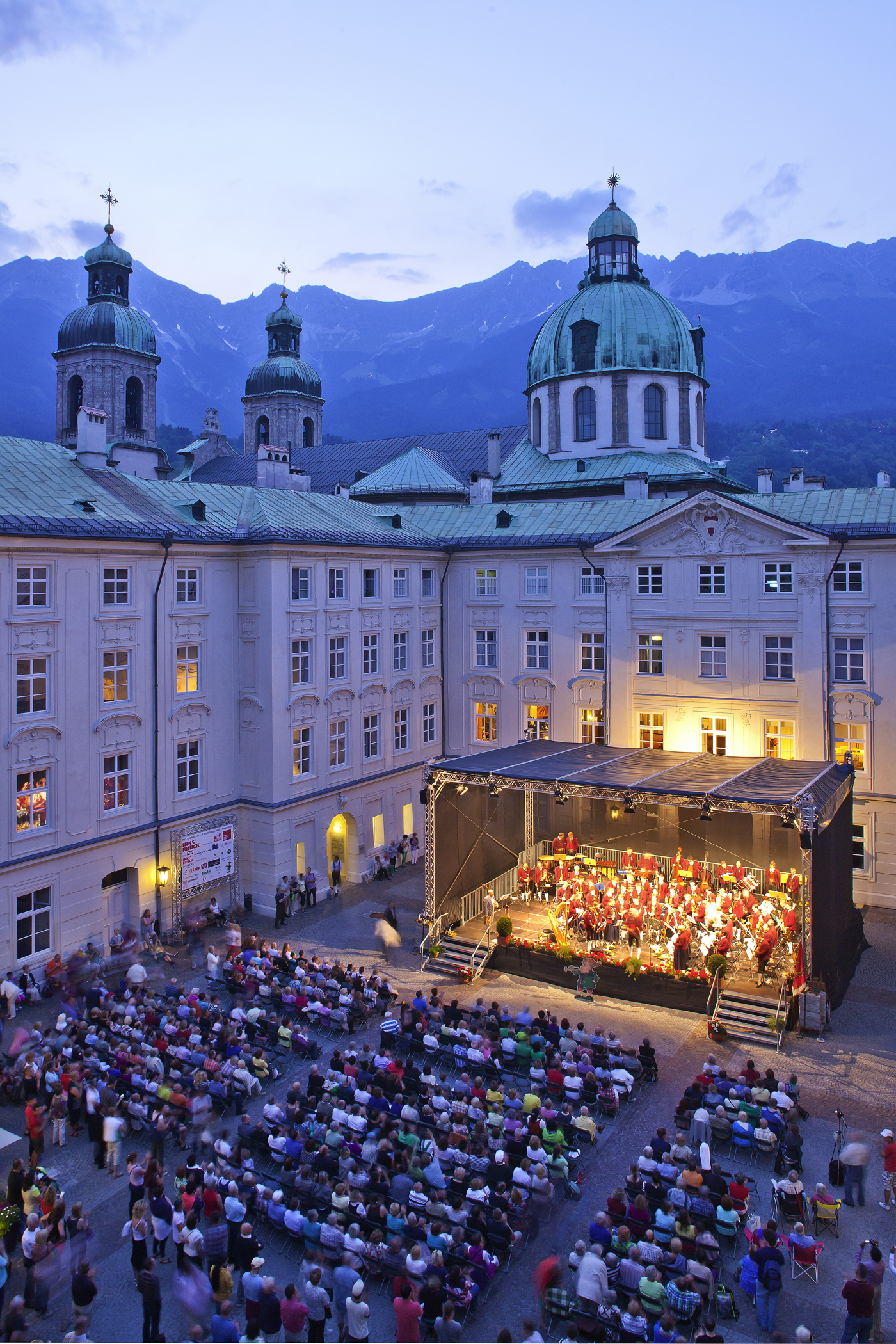 The Photo on top of this page:  © TVB Innsbruck / Christof Lackner