Recently I attended the premier of the new film by fellow Innsbruck Tourism blogger Ashley Wiggins. People who Rize is a fascinating twenty minute long film which tells the story  of four athletes (Manuela Mandl, Daniel Vonach, Simon Winkler and Darren Swift) who seek refuge in the mountains. All four head to the high alpine peaks to overcome obstacles, fear and negativity in their lives. Juxtaposed with stunning shots of the quartet in action, they all talk with great eloquence and passion about what their chosen snowsport discipline means to them.

The full movie is out now to enjoy online – watch it here:

I recently talked with Wiggins about what the film means to him.

Leon Barton: What was the genesis of the film?

Ashley Wiggins: I’d been doing the Epic Innsbruck series for a little while for Innsbruck Tourism and the film ‘Dance With Us’ (2018) came out of that.  That film focused on Daniela Hochmuth talking about snowboarding, yoga and environmentalism and she had the idea of talking to different riders about …well, whatever they would like to talk about.  So it was really the four athletes who shaped the film.  It’s really a platform for them.  They talked about how the mountains enhance positivity and bring about positive change.  So that gave the film a focus. 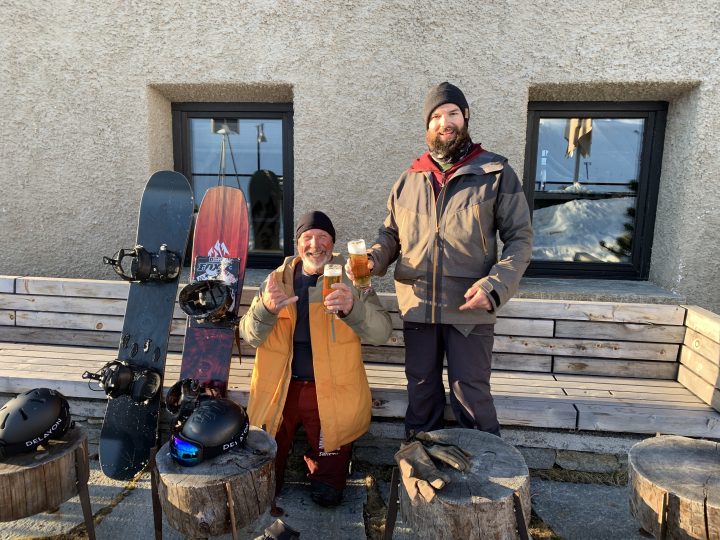 LB: Tell us a bit about the four stars

AW: Manuela Mandl is a snowboarder who suffered a bad concussion but knew she had to get back out there to overcome her fear.  The same goes for Daniel Vonach who was caught up in an avalanche.  Simon Winkler is from Germany.  He’s a speedrider who was working as a paragliding instructor in Tirol.  It all became too much for him – he felt overworked, like he didn’t have the right work/life balance.  The mountains are his passion but he almost felt like he had to take himself away from them in order to regain some perspective.  He’s back in Germany now, training for a new career.

Darren Swift was a soldier in the British army.  He had both of his legs and part of his hand blown off in an explosion that killed his friend next to him. He snowboards because once he’s strapped onto his board he says he feels none of the barriers that he was to encounter in the rest of his life, whether physical or mental.  Obviously, Swifty’s story is the most dramatic one, there’s no getting away from that but I didn’t want him to overshadow the others.  He didn’t want to overshadow the others either.  Because we’re all equal, we all have our stories, things we have to overcome.  That’s one of the main points of the movie.

LB: Where did you film and is there a particular days filming that stands out?

AW: Kühtai with Swifty.  Mainly Axamer Lizum with Simon. He also flew above Nordkette with his POV cam which meant getting some great shots of Innsbruck.  The day that really stands out was in May, at Stubai, with Manuela.  I got every shot of Manuela riding that ended up in the movie on that day. It was epic! Because it was May we had the light till late, but there was such good snow last winter so there was loads still around.  She did about six runs that day, I got shots with the floor cam, action cam and wicked drone shots. Once particular drone shot where Manu rides this massive line is one I had been waiting for all winter. Straight away, I knew I got it and I had a massive overload of so many emotions that it brought a tears of joy to my eyes. Mate, it was epic! 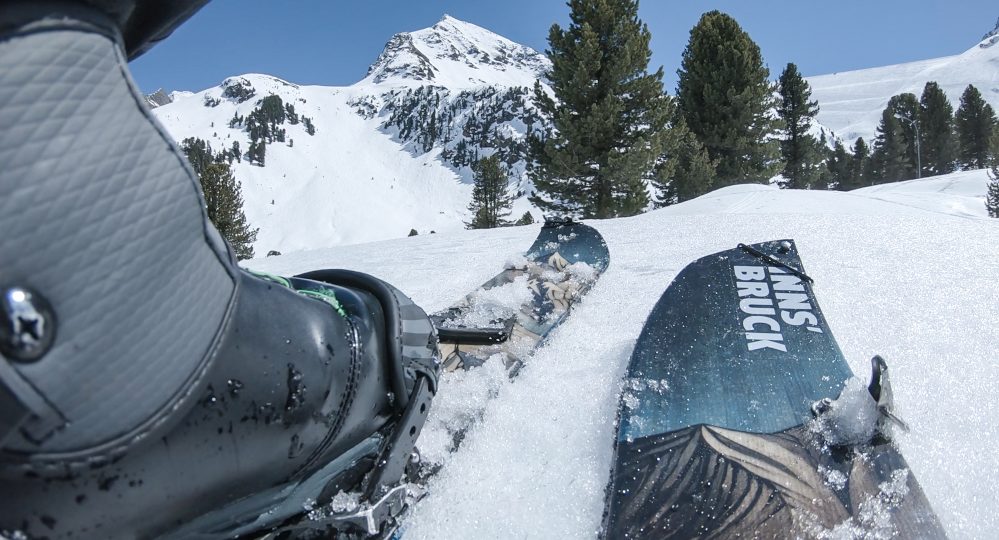 LB: When did you start film-making?

AW: About 2010, I started working for a production company in London. But there are no mountains in London! I was generally finding it too stressful, too expensive and I needed a change of lifestyle.  So I moved to Innsbruck in 2013, started my own filming business and since then things have been getting better and better. I’ve snowboarded for years but there’s something about the mountains that enhances creativity. I’m constantly inspired by them.

LB: Could you expand on that?

AW: Well, it’s the beauty obviously.  The thing about being in nature is that it gives you more time to think.  The mountains change every day, and not just due to conditions. Its also about where you are positioned.  They look different depending on your perspective. And that can give you a different perspective on life too. So it constantly inspires.  I think that’s why Innsbruck is good for creatives.  There are loads of great filmmakers, musicians etc here considering it’s such a small city.

LB: Talking of music, that’s something that’s very important to you too, isn’t it?

AW: Yeah, I was heavily involved in music before I got into filmmaking and I still DJ regularly. Music plays a big role in the film too.  I wrote and produced all of it, Daniela wrote the lyrics to the theme song.  We got Maria Posch – a singer who lives here – to sing it.  I think using music I’ve produced myself makes the whole thing more personal, especially because I wrote one of the tracks when I was about 12 years old.

LB: What’s next for the film?

AW: There will be a public screening at John Montagu – a bar on Höttingergasse –  on December 6th, and Maria Posch will be coming down to perform the music from the film.  Really looking forward to that.  Then we’re submitting it to festivals all over the world, and shortly it’ll be available online on Innsbruck Tourism’s channels.  Let’s see how it goes.  Watch this space! 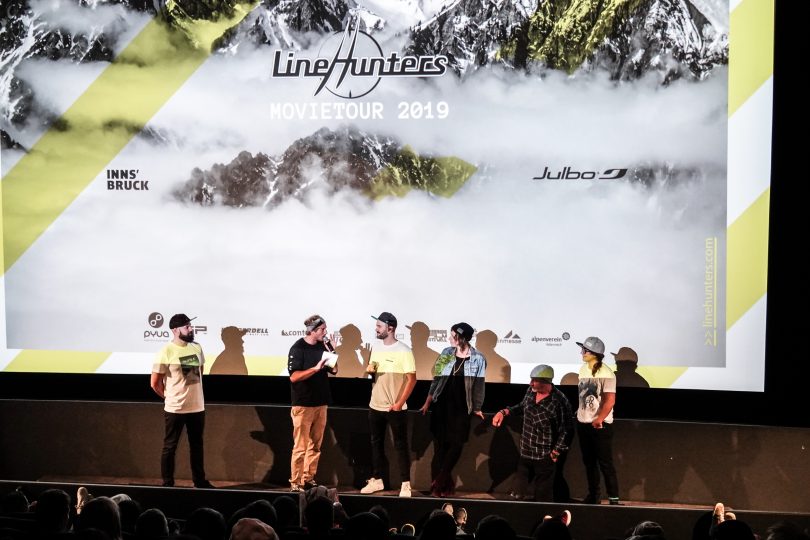 LB: And for yoü More movies about snowsport?

AW: For me it’s about having fun.  The mountains are fun for me at the moment so yeah, I’ll carry on doing this sort of thing for now.  But it’s just about whatever’s fun really!

Thanks Ash.  Good luck with everything.

AW: No probs. Thanks.

Fantastic view of Innsbruck, the Inn Valley, the Wipp Valley and the mountain ranges to the south…