One Heck of a Game!

The more time I spend in Innsbruck, the more I come to realize just how sporty the people that live here are. It doesn’t even matter what sport particularly, you can find it all in Tirol! Maybe it’s the fact that I’m American, or where I grew up… but where I come from handball is not a thing, so when it was suggested to me that I check out a game, I was a little skeptical. 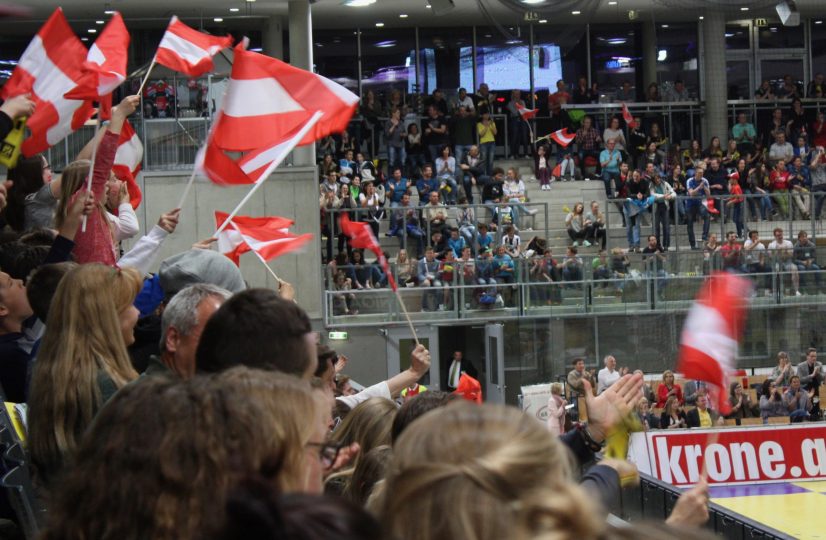 The misch-masch sport of handball

It’s kind of a mixture between basketball, hockey, and soccer. Handball is played by two teams of 7 trying to score by throwing a ball into the other teams net, the catch is, similar to basketball you have to dribble the ball as you run. There is also a safety area that extends about 20 feet around the goal.  A player is not allowed to be in this area.  Shooters may leap into this area if they shoot before they land… which is pretty darn cool to watch! 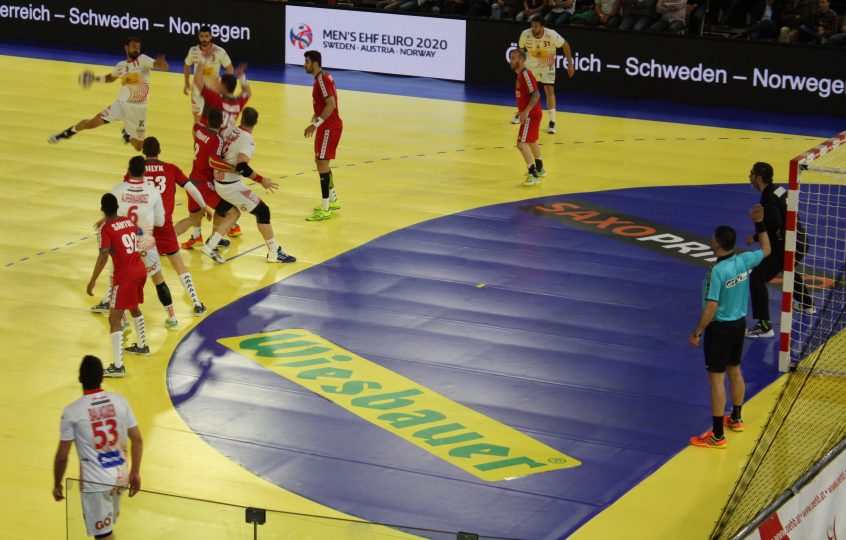 A Spanish player leaping into the safety zone to try to score.

Suspenseful is an understatement!

So when on a lovely Wednesday in May I made my way down to the Olympiahalle in Innsbruck, following the giant signs pointing to the international handball game, not quite knowing what to expect. The music was pumping, kids were hitting their noise-makers and running around and a star shaped mascot was jumping around the court getting everyone in the mood – the atmosphere was unbeatable. I was surprised at how many people turned out to watch the game and support Austria, but maybe I shouldn’t have been so surprised considering the game was a European Championship qualifying match pitting the Austrian national team  against the Spanish national Team, who are two time world champion, and runners up at last years Europeans Men’s Handball Championship. The game only ran for 60min, but it was a nail-biter to the very end. Everyone I talked to ramping up to the game told me that the Spanish national team were the clear favorites and that the game wouldn’t be close… little did they know the game ended up crazy close, with Spain winning by only one point in the last 30 seconds! 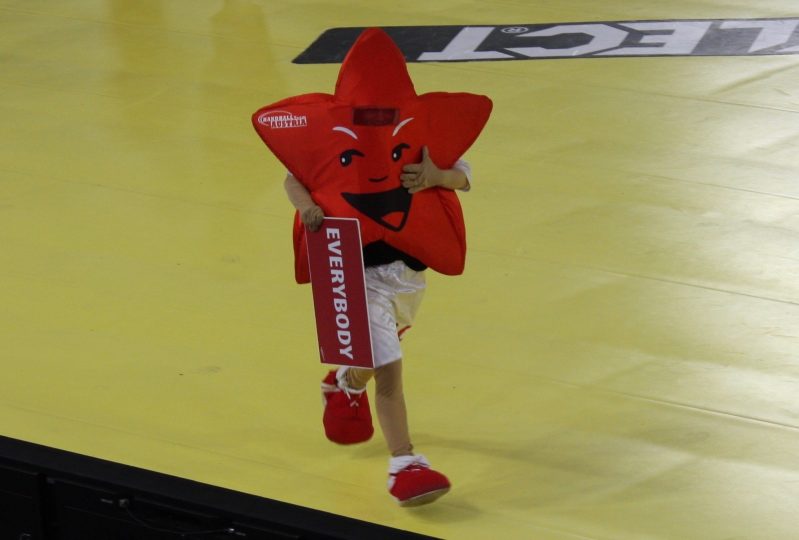 The handball mascot was jumping around keeping everyone pumped!

Not to be missed…

The Austrian national teams (men and women) do their best to travel around Austria, rather than playing only in one place, however they only make it out to Tirol about once a year. Make sure to check out a game next chance you get, it’s well worth the time!

I feel like I have a lot more to learn about handball, before I can truly appreciate the sport, but from my first little dive in, I have to say I’m hooked! This sport has definitely won a fan!

And if you’re looking for something a little more local, check out our Sport City Innsbruck page here! 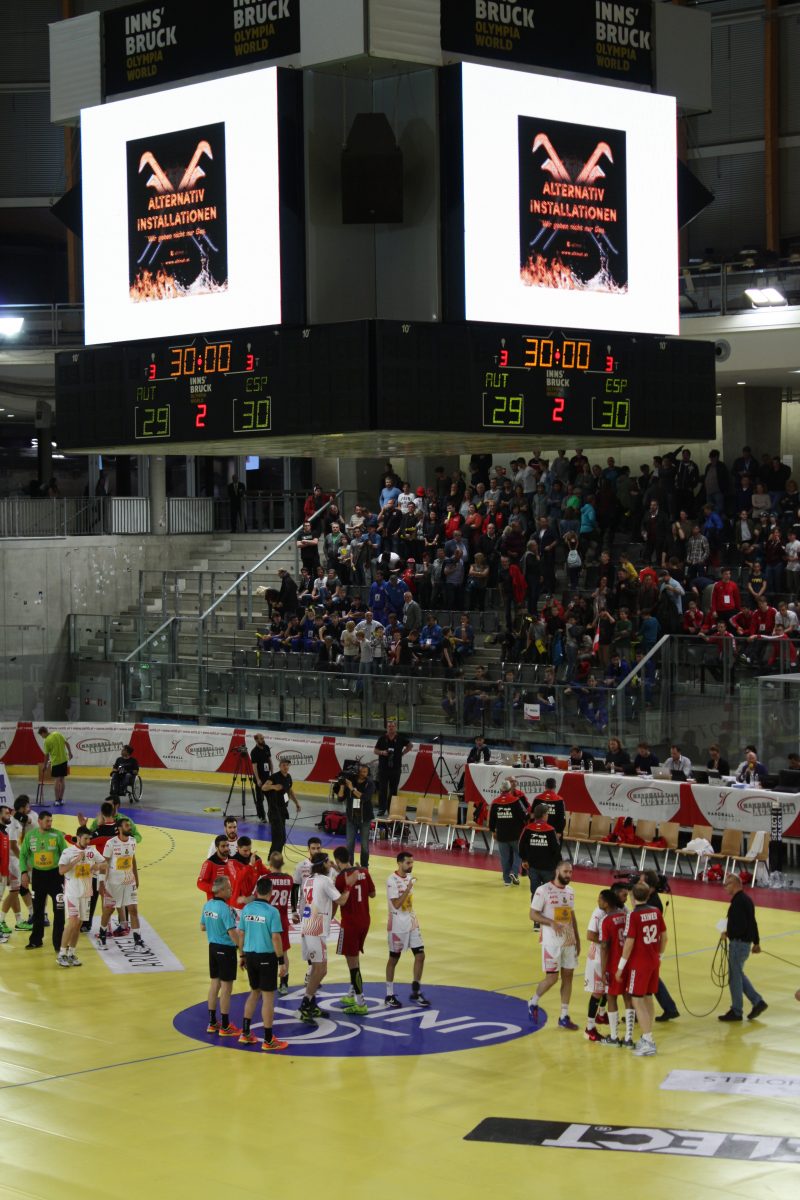 Suspenseful til the very end, resulting in a 29-30 loss for Austria.