Innsbruck’s own Air + Style snowboarding competition has grown to unexpected heights since it’s creation at the Bergisel in 1994. It’s crazy to think that this event almost never came to be because it had very little support when Charly Weger and Andrew Hourmont dreamed up an idea for a snowboarding “high jump” competition in 1993.

As it turns out, people weren’t really into it. After being turned down several times, they set their sights on the Bergisel, completely changing the magnitude of what they originally planned. By the time they organized the event at the Bergisel, they had no money to promote the event. In a time when social media wasn’t a thing, all they had was a few flyers at the local bars and clubs to get the word out. They didn’t even have pros competing until a week before the event when they went out to a snowboarding competition in a neighboring country to recruit some pro riders and convinced them to participate. At that time, the snowboarding world had never seen an event where people were trying to “GO BIG”. Fast forward to many years later and this event has become one of the premiere snowboarding competitions in the world, influencing Slopestyle and Big Air; both of which are now Olympic events. You gotta love a feel good story! 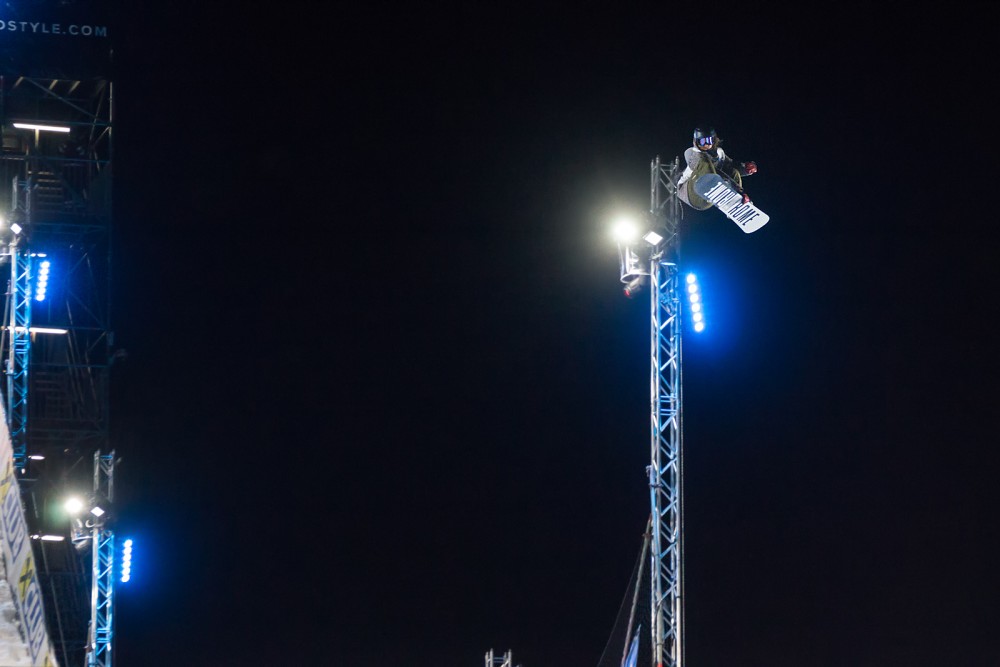 Air + Style creator, Andrew Hourmont, passed the torch to legendary skate and snowboard icon, Shaun White, making him the majority owner of the event in 2014. It’s safe to say that the event is in good hands moving forward since the artist formerly known as “The Flying Tomato”, will continue to reinvent the tour, just as he did competitive snowboarding with his Double McTwist 1260 in 2010 and the YOLT Flip only days after “retiring” to focus on his music interests in 2014. It became evident that he intends to push this event further right away, announcing during this year’s competition that the Air and Style Tour will now expand to five stops beginning next year.

2016 was the first year that Air + Style was hosted at Olympiaworld; creating a music festival vibe with indoor/ outdoor stages and many booths from sponsors like Burton Snowboards, Blue Tomato, Kühtai, Raiffeisen Club, and DJI. Roaming vendors walked among the crowds selling drinks, snacks, and even Glühwein on tap from backpack dispensers, allowing visitors to stay put, instead of crowding around the tents selling the same items. 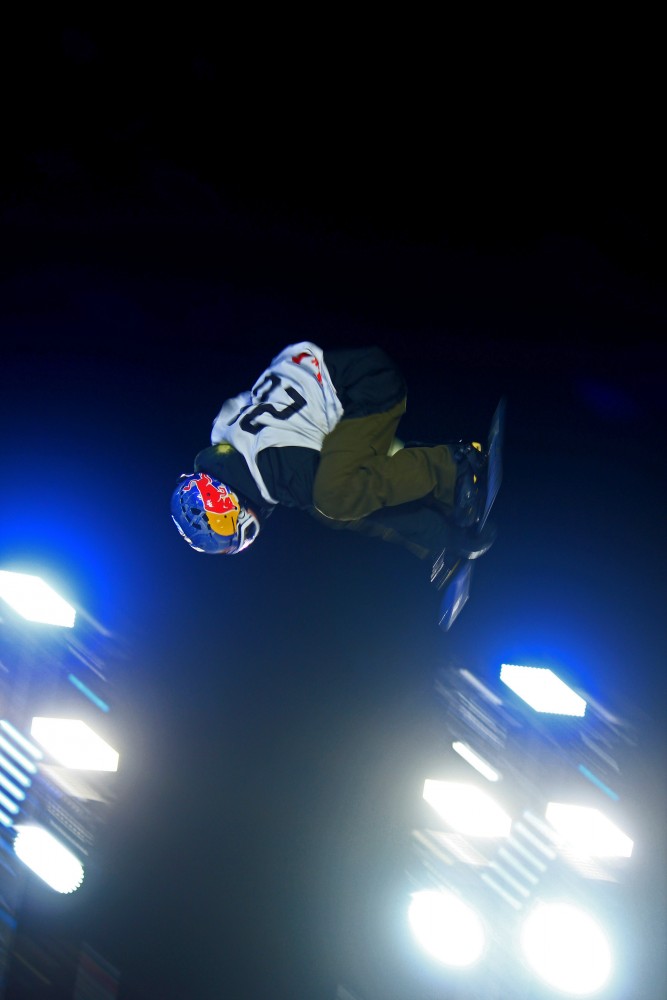 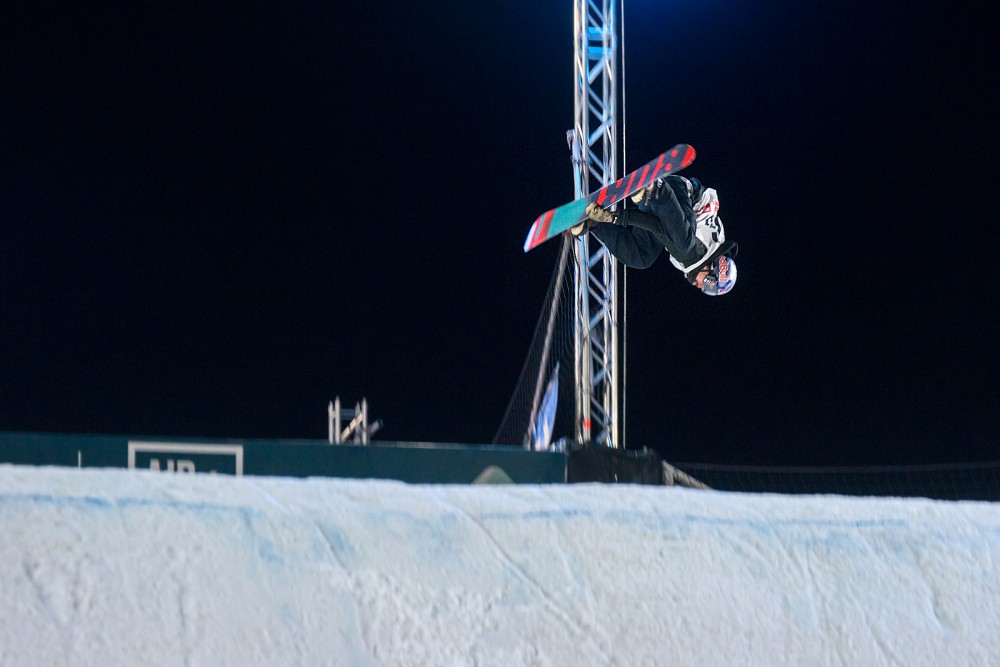 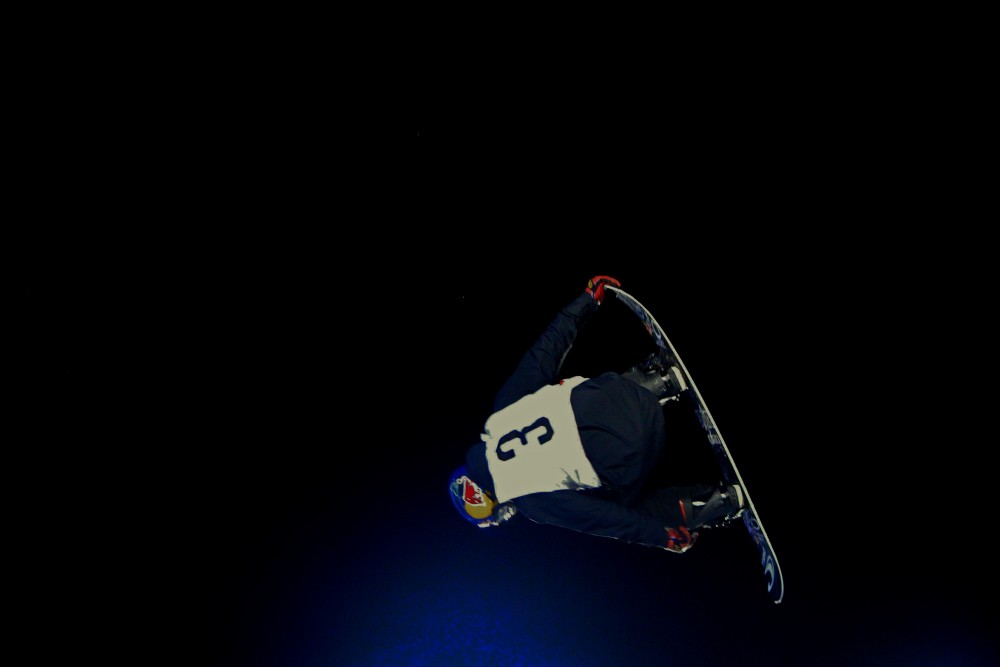 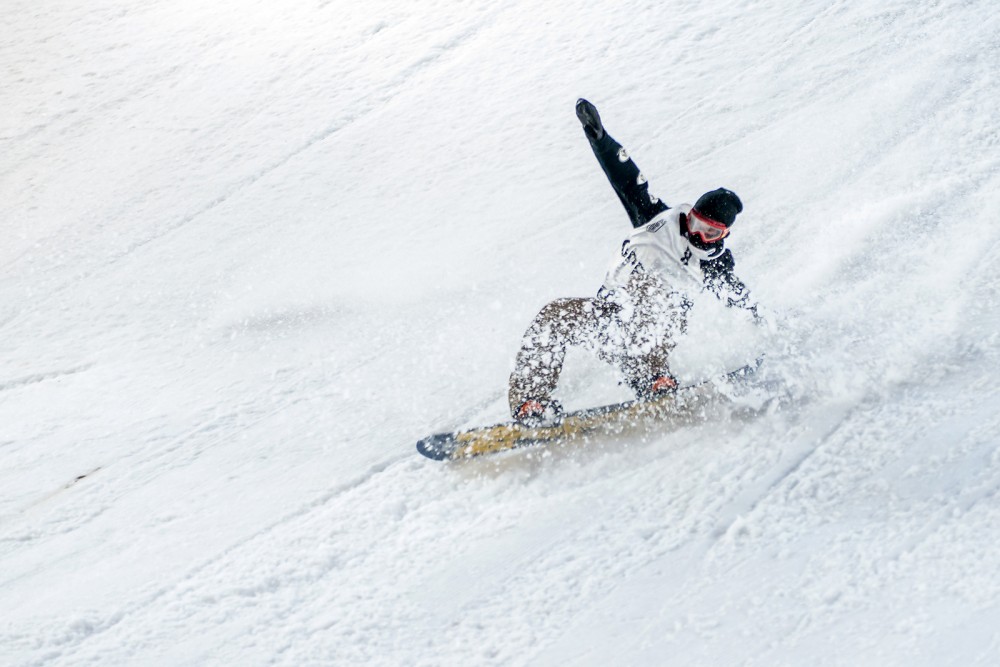 The prominent winds did interfere with the competition, but the music acts definitely made up for it. That didn’t keep spectators from having a good time at the activities set up around the grounds. The announcers also did a great job keeping the crowds entertained during the delays and Shaun White himself was spotted walking around amongst the crowds. 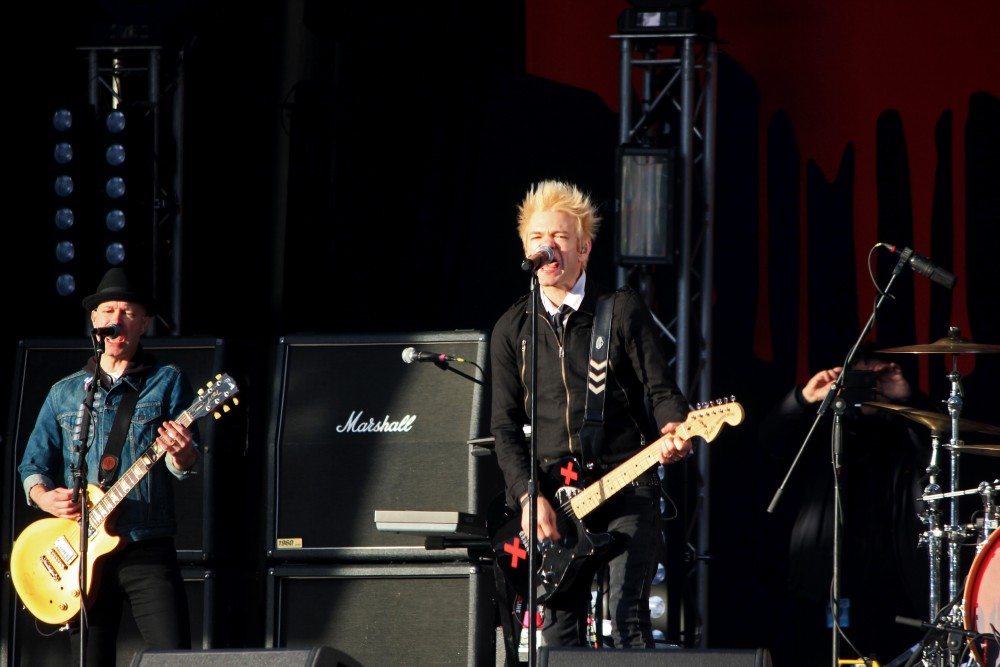 Canadian rockers, Sum 41, performing at OlympiaWorld during Air and Style 2016

Sunset Sons got the music going with their chilled out brand of Alternative Rock and even did their own rendition of a Sum 41 song which pleased the crowd. Sum 41 followed them and killed their set. This was their first performance for their 2016 tour, and despite not touring in a long time; they rocked the house with their unique style of relentless, high-energy rock. The crowd went nuts for their classic hits like “In Too Deep”. That was probably my favorite set of the day, taking me back to the days when I used to try and spike my hair, wear cargo shorts and rock the vans. Another act that caught my attention was K.I.Z., the trio really worked the crowd during their performance. 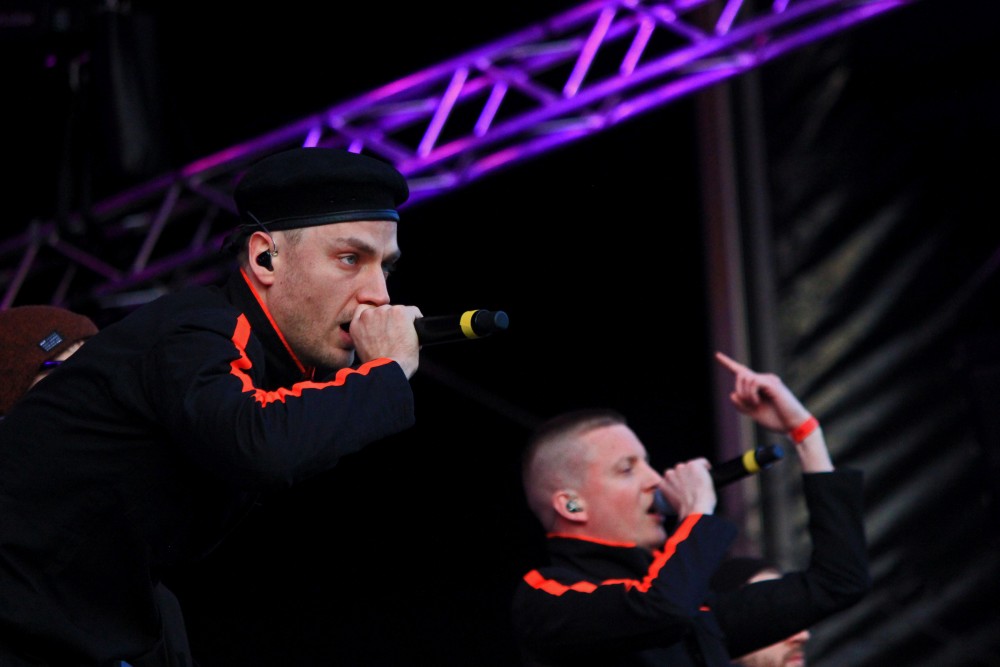 German Rap group K.I.Z. working the crowd during their performance at Innsbruck Air and Style 2016 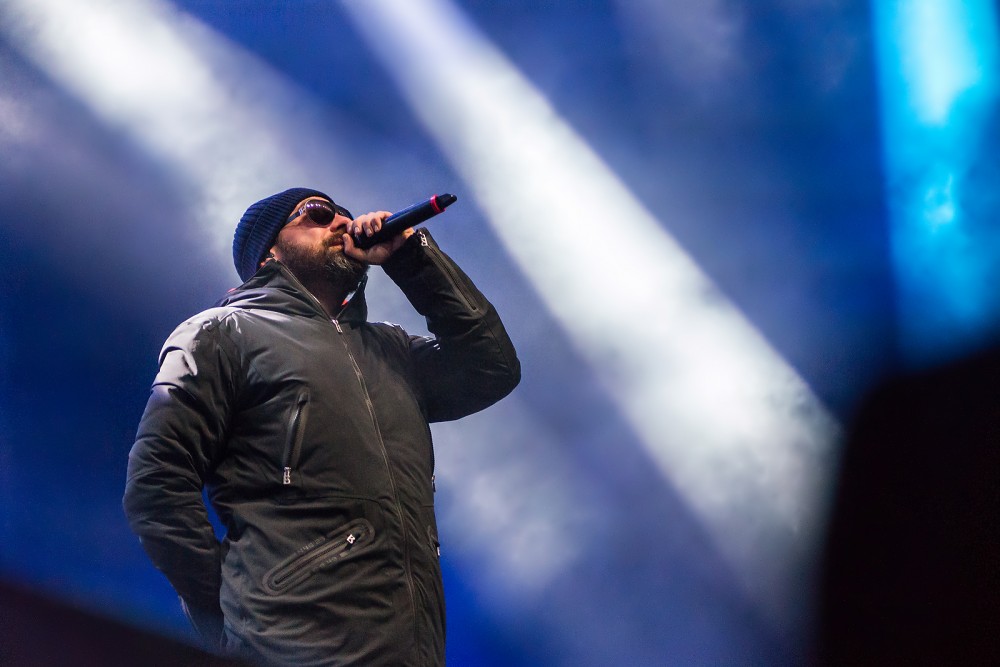 Their music bumps and their fans had plenty of love for them, singing at the top of their lungs to almost every song and bouncing their hands up and down like a ’64 Impala on switches. Sido performed later in the evening while the riders resumed competition after a long delay. It was kinda cool having the riders compete while a performance was going on. Rudimental also brought the house down with their unique sound and by that time they had everyone’s attention as the competition had been canceled at that point.

All in all, the Opel Air + Style 2016 was a great competition paired with awesome music acts. It was a bit dissapointing that we couldn’t see the riders continue to battle it out, but you can’t blame the organizers for pulling the plug and prioritizing safety of the riders. I am already looking forward to next year’s event! 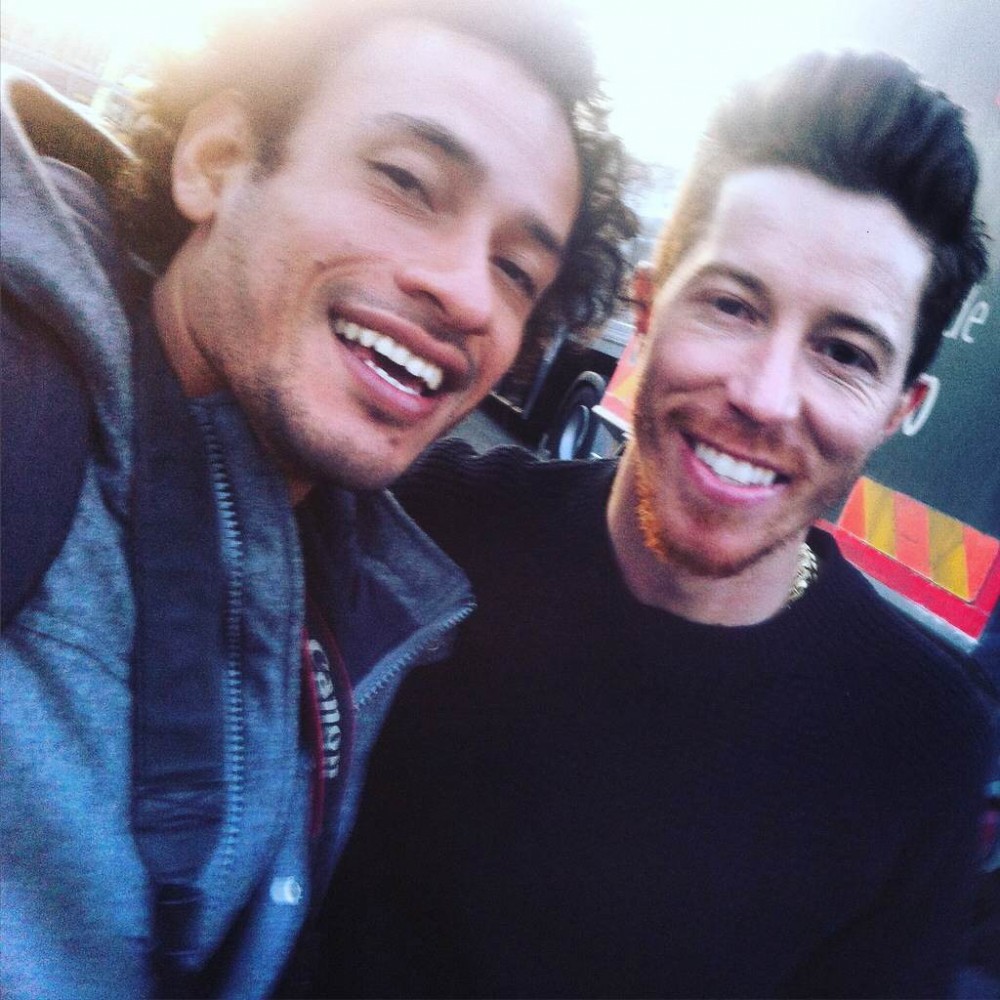 Shaun White stopped for a little chat during the event

What did you think of the event? What was your favorite band?