/////  Bobbahn Igls was on fire as the world’s top Bobsleigh and Skeleton athletes competed for medals during the second week of the BMW IBSF World Cup. All eyes were on Innsbruck native and local legend, Janine Flock, as she attempted to continue her recent success at the European Championship in St. Moritz.

Tina Hermann, the 2015 overall World Champion and 2014 European Champion, named Janine Flock as this year’s favorite during the ISBF press conference; citing her recent success, scorching times during training runs and home track advantage. Flock’s time during Tuesday’s training session was set at 0:54.740, the best of the day. It was actually Tina Hermann that landed the Gold after strong performances during all four heats. Janine Flock landed silver and Elena Nikitina from Russia come in third place. 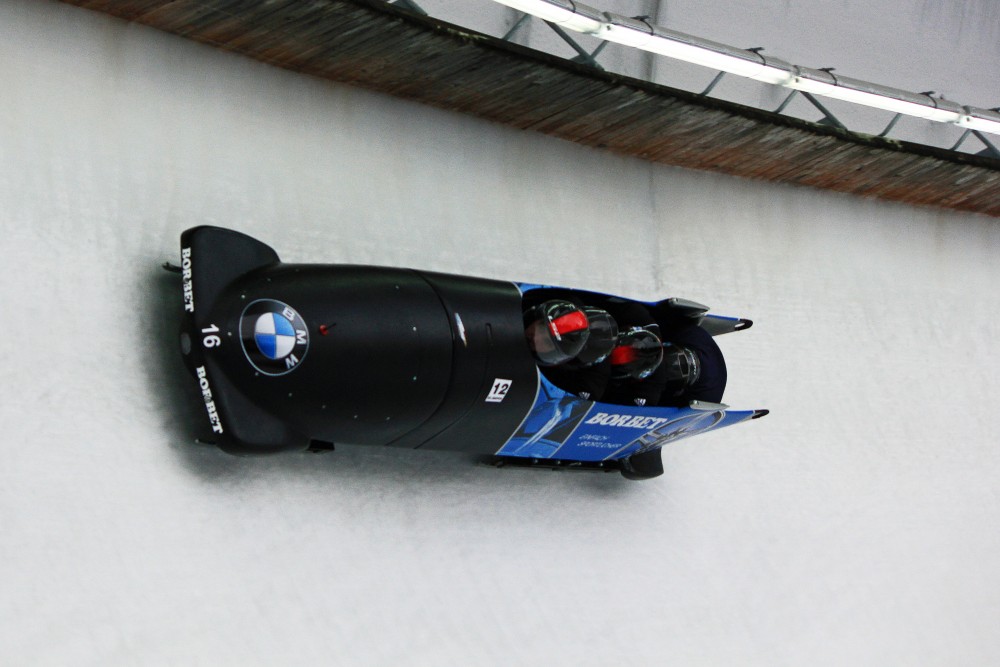 The top three ranked Men’s Skeleton athletes were also ready to battle it out for Gold. Korea’s Sungbin Yun was looking to topple Martins Dukurs from Latvia as he continues to turn heads with his recent emergence as one of the top sliders in the world. Having already competed in Innsbruck, the Dukurs brothers are familiar with the track in Igls. During Tuesday’s press conference they shared their fondness of the track, the town, even local food.

Martins Dukurs won the gold and in a huge surprise to all the spectators; Sungbin Yun (Korea) and Alexander Tretyakov (Russia) tied for second place. This was a shocking result considering that skeleton positions are separated by hundredths of a second. 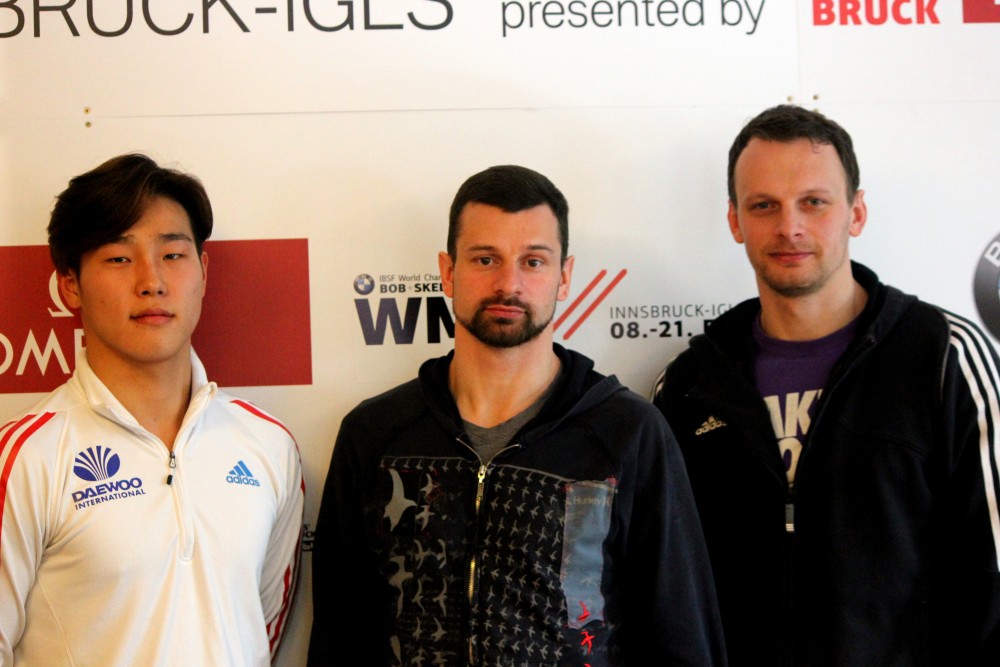 WM 2016 Innsbruck organizers also planned a few events that entertained the audience, including a Legends Race and a test run of the first ever Four-Woman Bobsleigh test race, possibly revolutionizing sliding sports from here on. The Legends Race was meant to put legendary Bob and Skeleton athletes head to head for bragging rights. We even had a retired skeleton slider do a run in a Laderhosen. The Four-Woman Bobsleigh test race was a world premier and the Canadians dominated the event winning gold and silver. We’re looking forward to seeing this discipline be included in upcoming series. 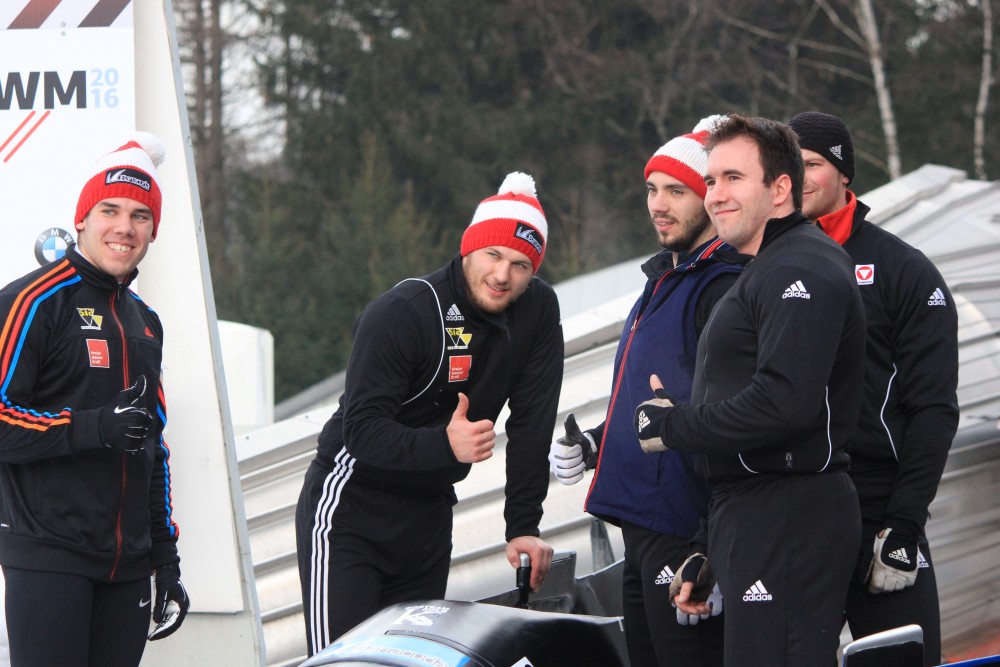 Austria had two entries in the Four-Man Bobsleigh discipline

We had a great time experiencing the excitement on the track. It was pretty cold, but the mulled wine helped us power through and fueled our cheers throughout the event.

Are you brave enough for this? Who would you bring along for the challenge?