This is a great time to experiment with new recipes. I’ve been keeping busy by making lots of new recipes, but also cooking up some of my favorite comfort foods. Encurtido is definitely one of those. Every Honduran home and restaurant has a big, bright, and colorful jar sitting at the table. It’s considered a garnish, but it packs a punch when it comes to adding flavor to your meals. We have it for breakfast, lunch, dinner, and even on its own as a snack. Since we can’t travel at the moment, we thought it would be nice to bring the world to you with this recipe. 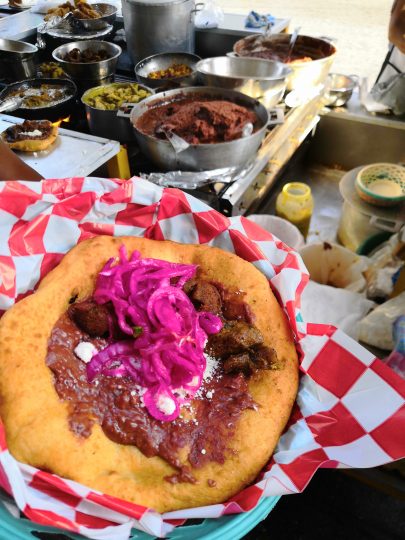 Honduran version of Kiachl. We serve it with refried beans, fried meat, cheese and encurtido.

In short, it’s pickled veggies. It’s a great way to preserve food while adding flavor. The flavor and extended shelf life are both due to lactic acid fermentation, like with Sauerkraut. I won’t bore you with how lactic acid fermentation works. This is a staple in Honduras and throughout Latin America. We eat it on everything; tacos, tamales, enchiladas, pupusas, macheteadas (pictured above), and even on plain tortillas.

I can’t think of a country or culture that doesn’t pickle veggies. Sauerkraut, Kimchi, Kyuri Zuke, Torshi Left, Giardiniera, Mango Pickle, and Dill Pickles are some examples of other pickled veggies recipes from around the world. 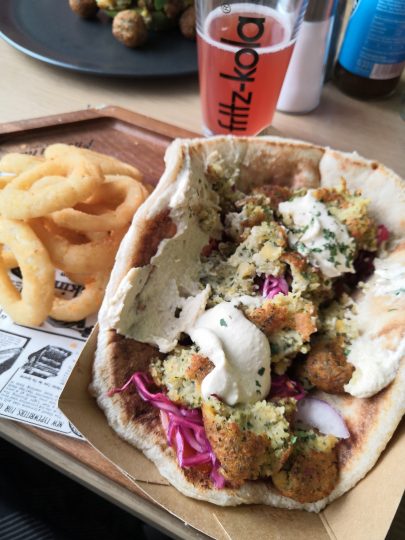 It helps if you have a few pots handy. You’ll need to blanch veggies and they require different times.

Use equal amounts of veggies. Beyond that, measure with your heart. I’m not going to tell you how much of each ingredient you need, make it your own. If you don’t like oregano, don’t use as much, or leave it out altogether. You can have encurtido from ten different households and it will never taste the same.

The very first thing you need to do is sterilize your jars and lids. This will help preserve your encurtido for a long time by eliminating any bacteria in jars. This is easily accomplished by boiling the jars and lids for 15 minutes. 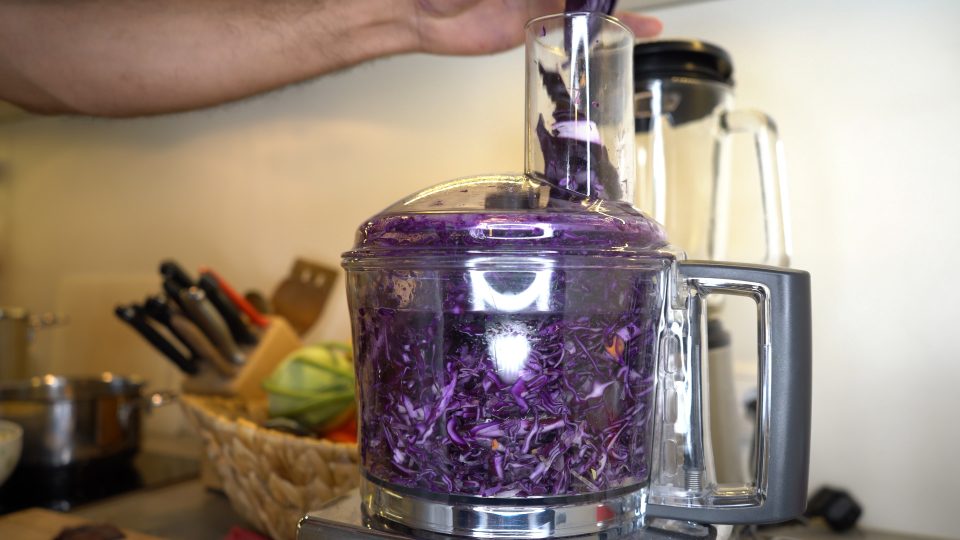 BLANCH YOUR VEGGIES! This is a really important step in the pickling process because it helps to further clean ingredients while protecting flavor, color, and nutritional contents. Some people skip this step because it’s tedious, but let’s be honest, you have time right now. If you’re going to skip this step, do so at your own risk.

Immediately run all the veggies under cold water to stop the cooking process. 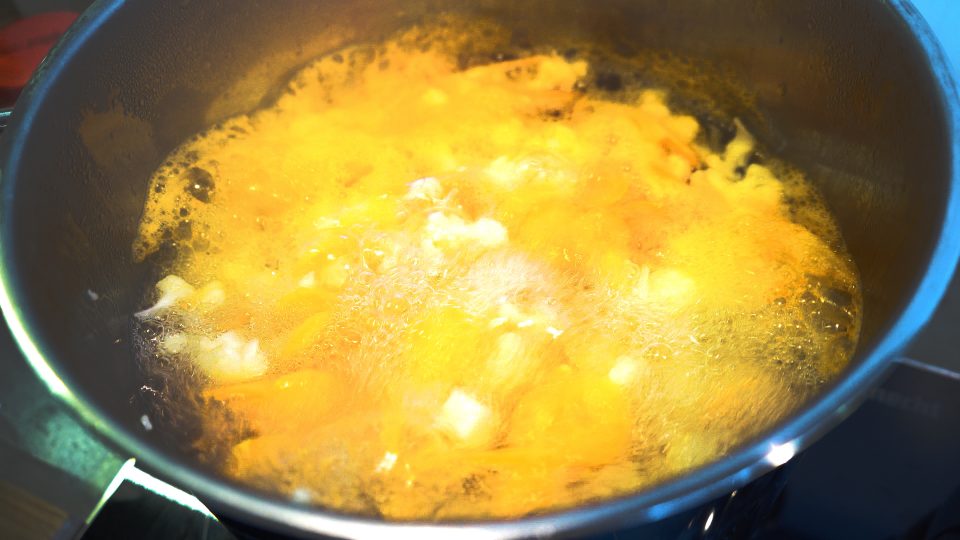 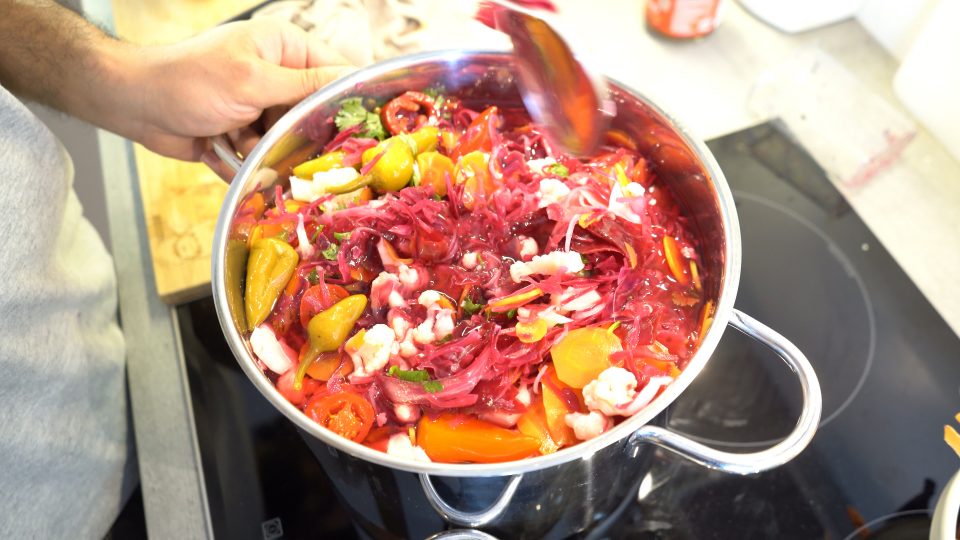 Refrigerate overnight and it’s ready to be separated in sterilized jars. 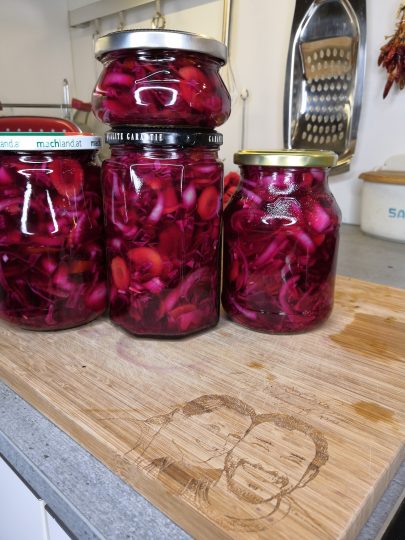 Remember to always use a clean spoon or fork when serving to keep bacteria from ruining the encurtido. i.e. Do not put a spoon in your mouth and then dip into the encurtido or it will go bad. If you followed all sterilization and blanching steps, it will keep in your fridge for at least a month – but you’ll eat it before you even need to worry about it. 😉 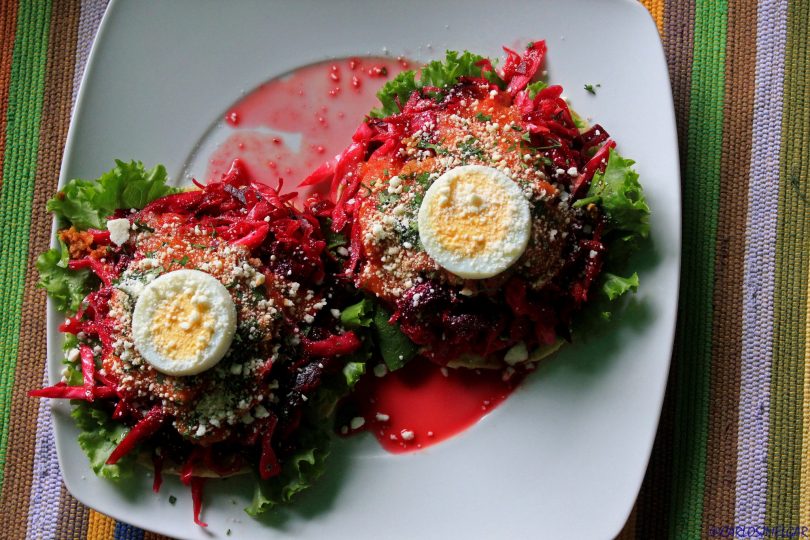 If you don’t want to make your own, Kitchen Hub is the only place in Innsbruck that has something similar for their vegan tacos.

The year is coming to an end and the most contemplative time begins. The smell of cinnamon…

When a conspicuously large number of people, especially young people, stroll through Innsbruck's old town in…

Perhaps this is one of the most important posts I've written to date. At least the one…