Innsbruck has become something of a hotspot for Bollywood movies over the past few years, and I had the pleasure of meeting Indian film producers, actors, and associates whilst they were here on a location scout tour. We met at the Congress lift station then headed up the gondola and on to Seegrube for lunch. 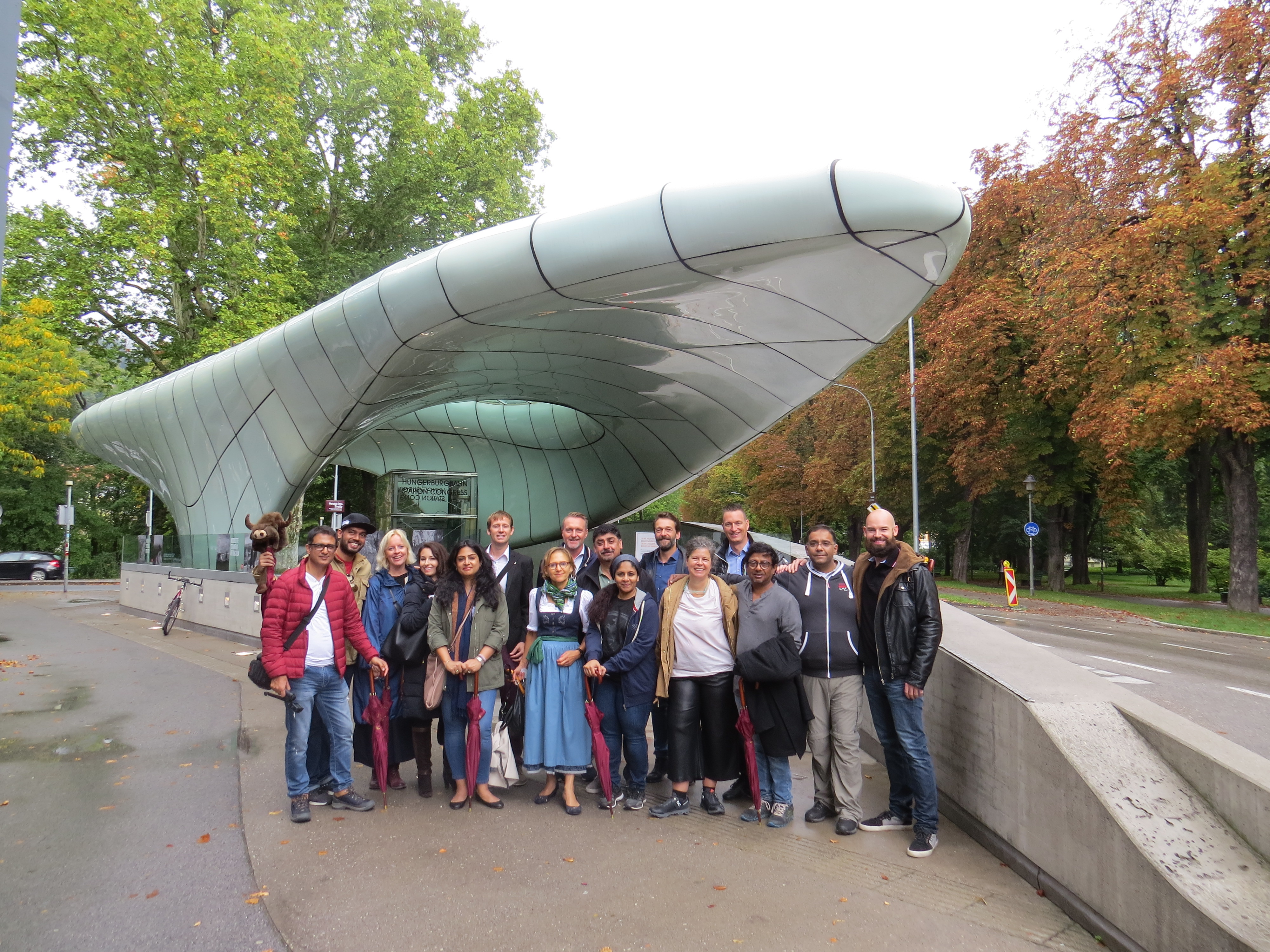 Why Bollywood in Innsbruck?

Speaking with Sarita Patil, the head of Content & Production at Viacom18 Motion Pictures, I learned that filming on snow in India can be challenging, as the locations are so remote and difficult to get to. Here in Innsbruck access is much easier to the mountains. “What you guys have done here is wonderful in tourism and attracting filmers,” she said. 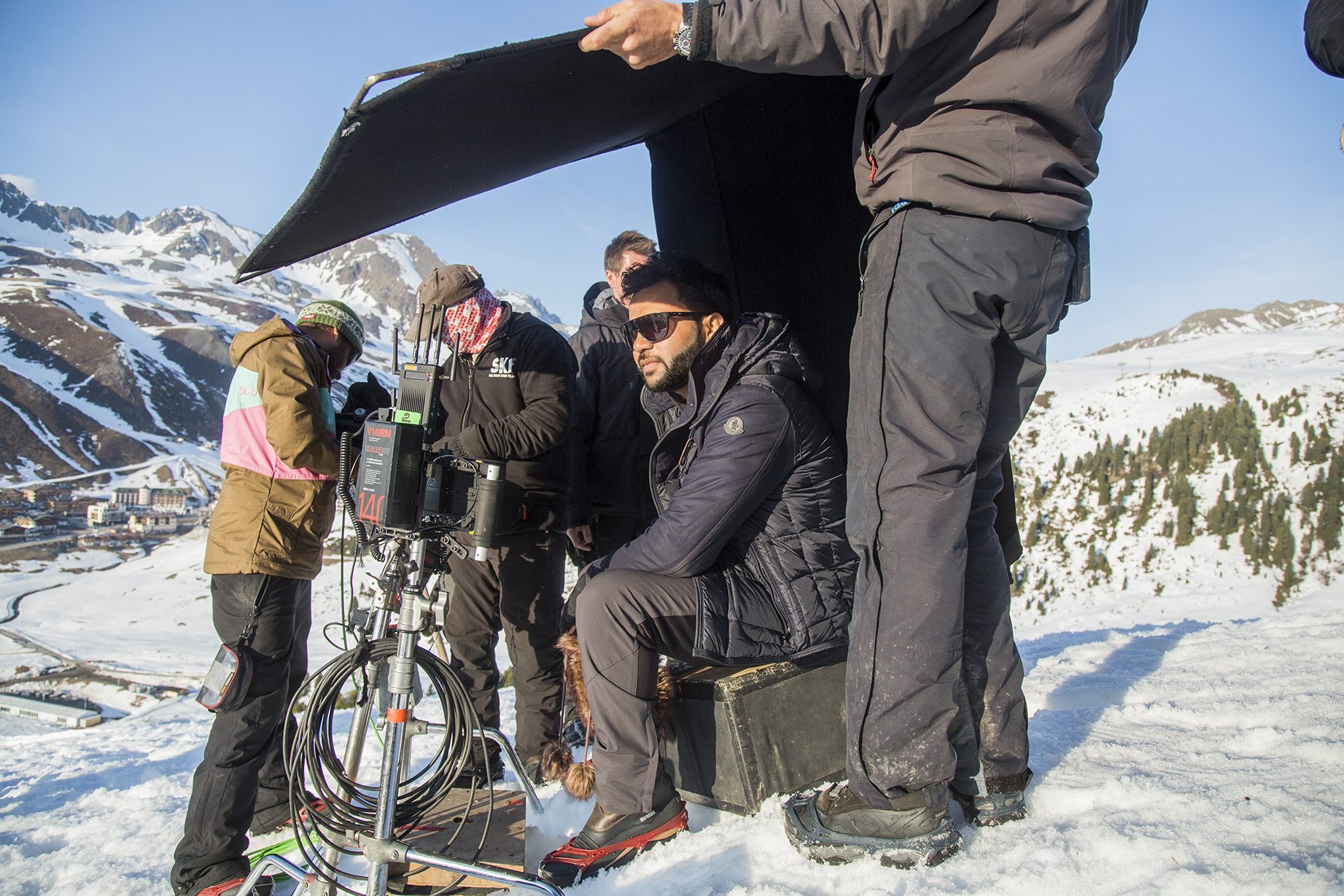 Kulmeet Makkar, the CEO of the Producers Guild of India told me that 25 years ago, many films were shot in Kashmir for the beautiful landscapes. But filming in India attracts crowds of spectators, he said, which can be difficult. “Here [in Innsbruck] our stars are left alone; in India we have thousands and thousands of thousands of people who come to watch our shootings.” 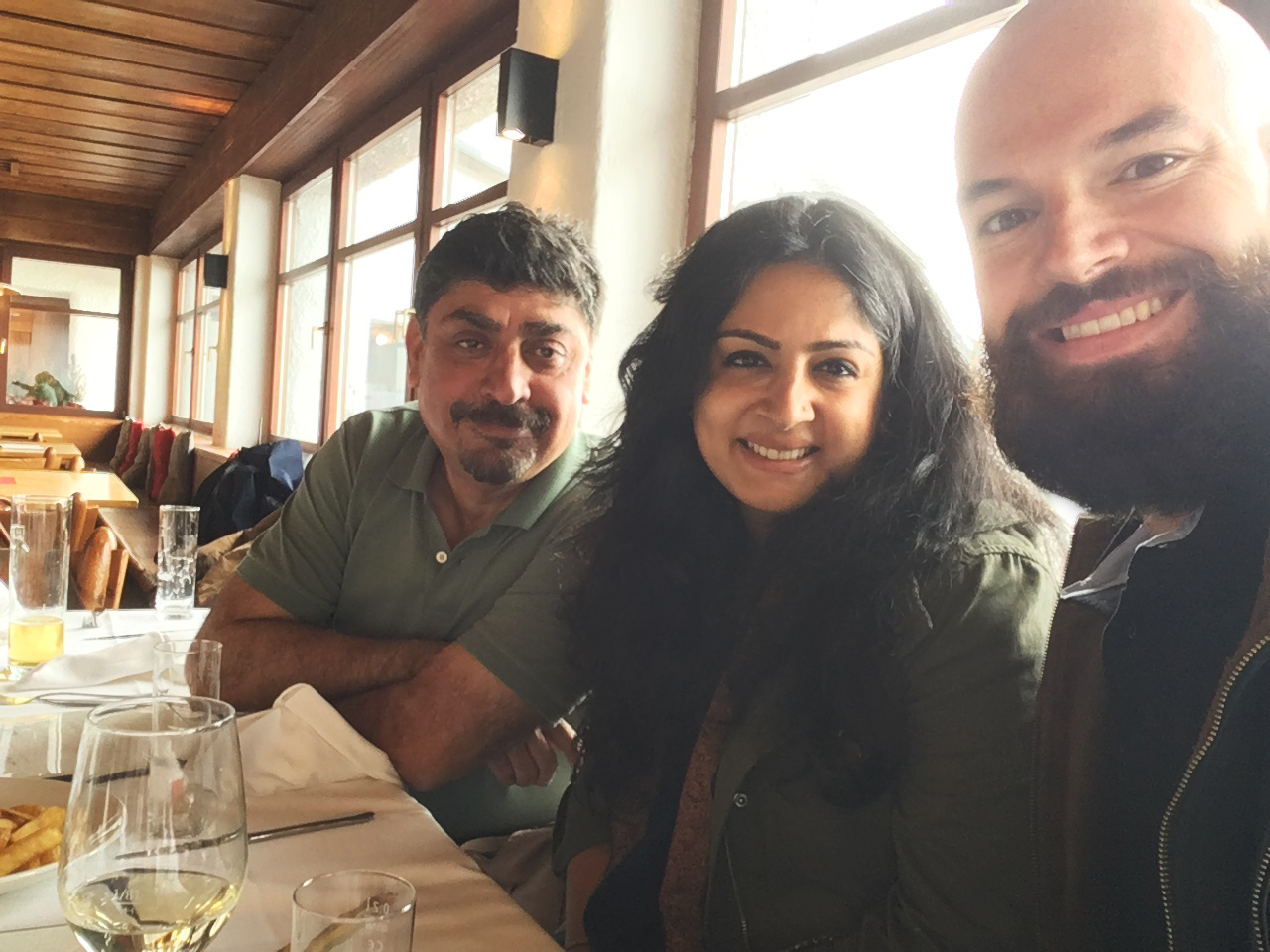 Kulmeet also mentioned that it is important to have good line productions and people who understand filming. I agree, and having Creative Creatures and Cine Tirol in Innsbruck makes everything a lot easier, especially for international productions.

Creative Creatures and Cine Tirol work on many small and large productions every year; they have been involved in numerous Bollywood productions in the past and were also fully involved in the laest Bond film, Spectre.

I had a good chat with Nishanthan Niruthan, who is the Group GM at Lyca Productions (owned by Lycamobile). They just finished making a movie called 2.0, which had a budget of $100 million – the largest movie budget in the history of Indian cinema.

The trailer received millions of views within the first 24 hours, which is crazy! What is also really amazing, is that it was simultaneously shot in 3 Indian languages: Hindi, Tamil and Telugu, so they have to almost film every scene 3 times with the different actors! They will also dub in in other languages for international audiences. It took a whopping 286 days of filming alone, all of it shot in India.

Nishanthan said “what I like about Innsbruck is the people seem pretty chilled out and the light is very good here.” He continued to say that he likes that the medieval roads and architecture are still here and useable, so faux-old scenes do not need to be built in the same way they do in India. The combining of traditional and modern is appealing to him – history with a modern touch – and appreciated generally by Indian audiences and filmmakers alike. 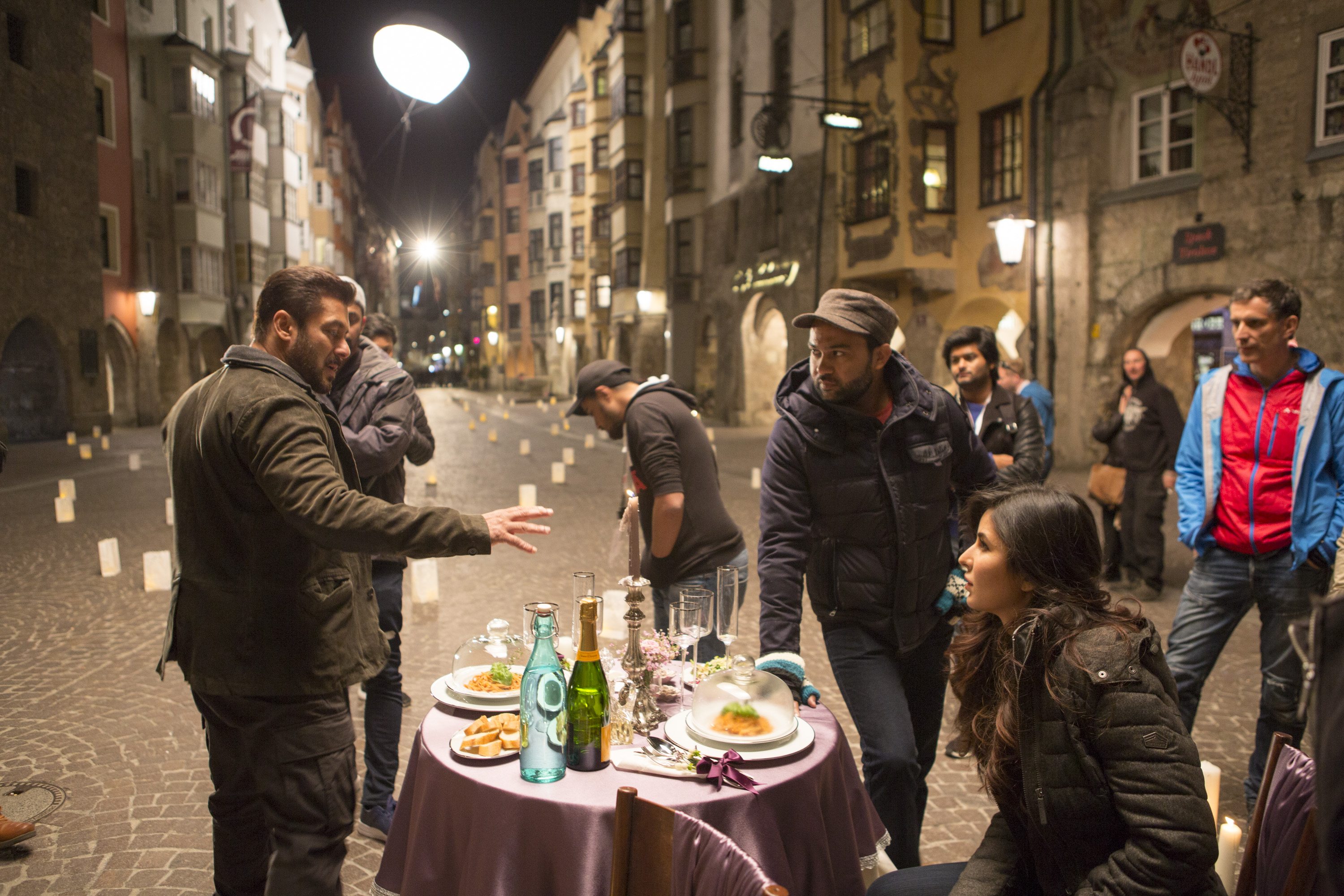 It’s also interesting how Indian cinema is split into 2:Bollywood and the South industry. Out of 2000 Indian movies made, only 40% are Bollywood, so Nishanthan says that we are not fully tapping into the film potential yet.

The tour also took the guys to 007 Elements, the James Bond installation in Sölden (a must see when staying in Innsbruck), and Nishanthan commented that if you can keep up with Hollywood’s logistical demands at the top of a mountain, then he’s pretty sure any Bollywood logistical issues can be sorted quickly. 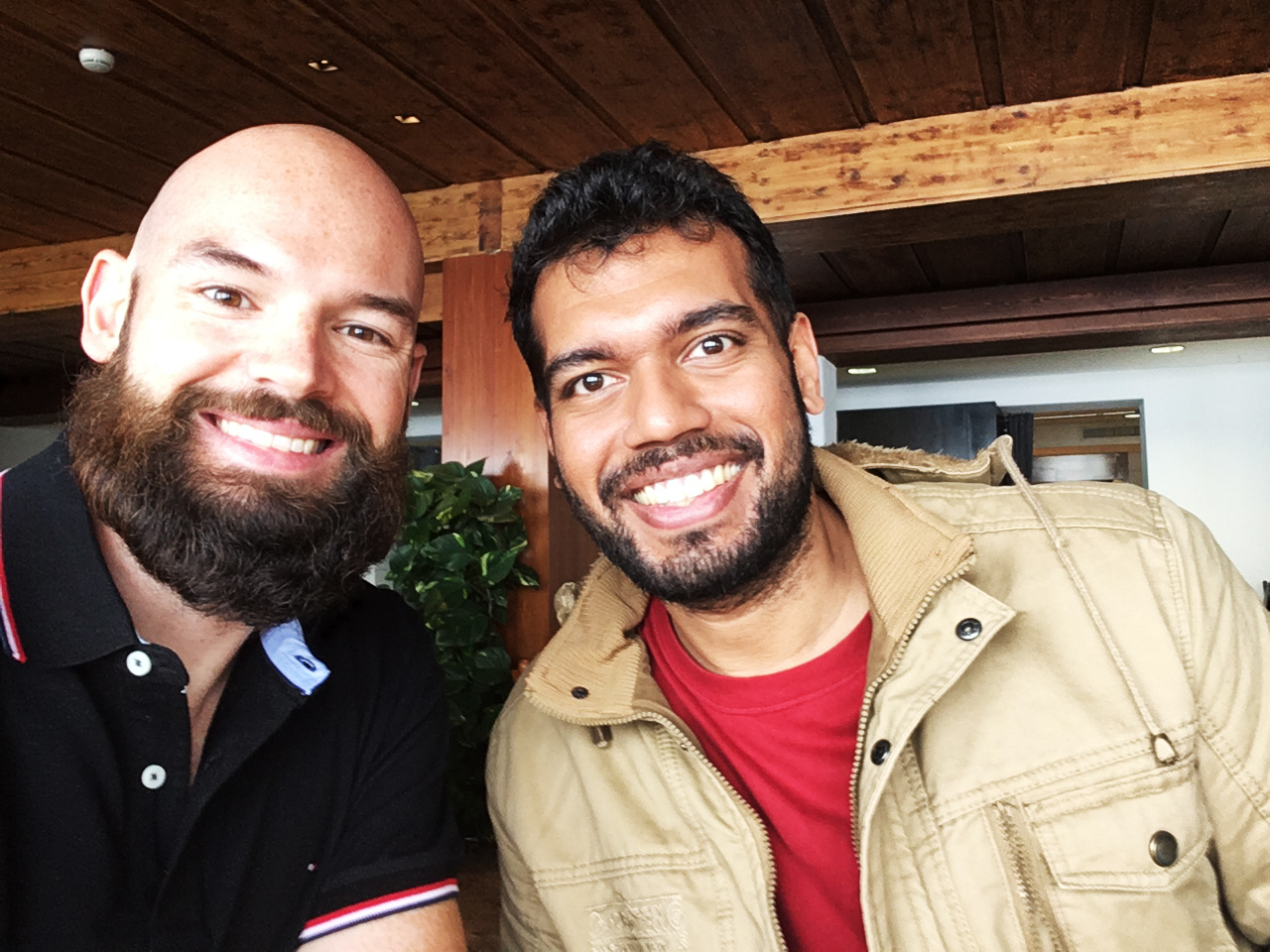 Myself sitting next to Nishanthan Niruthan of Lyca Productions. © Ashley Wiggins

Stuti Ramchandra, Executive Producer at Excel Entertainment told me that Indian audiences have a big association with dreams in film: when they watch films, it takes them to a world that they don’t live in, and they want to go there. It becomes an aspiration. 10 years ago this probably wasn’t possible for many, but as the Indian middle class is rapidly growing, more and more people have the means and desire to travel internationally.

There was an Indian movie called Zindagi Na Milegi Dobara, about a road trip set in Spain. After the movie was released the number of Indian tourists to Spain grew exponentially, particularly in the locations the film was shot. Travel agents said that the Indian tourists wanted to do exactly the same tour as in the movie. Clearly there’s potential to grow Indian tourism in Innsbruck int he same way!

It was great to mingle with such important people in Indian Cinema. Bollywood and the South industry have such a huge reach: according to statista.com, there were more than 2.2 billion movie tickets sold in India in 2016, which I presume increases year by year. Wow! 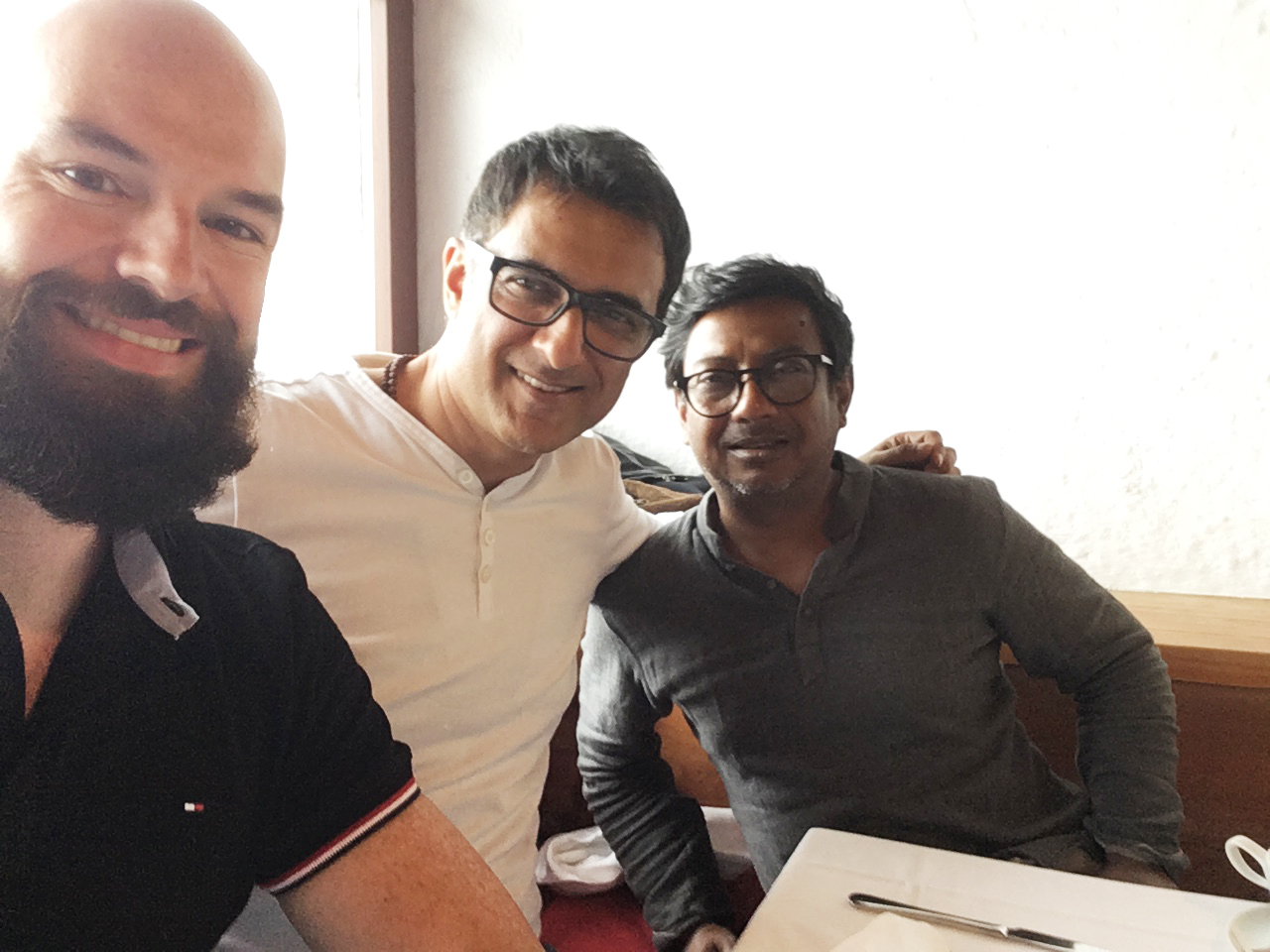 They are in search of beautiful landscapes, near fascinating architecture and in locations with great infrastructure and people to make filming as efficient as possible – and say Innsbruck provides it all.

I’m looking forward to the next Indian movies being shot in Innsbruck, and one day visiting Mumbai to see how it works over there. Thanks for the invitation Bollywood team! 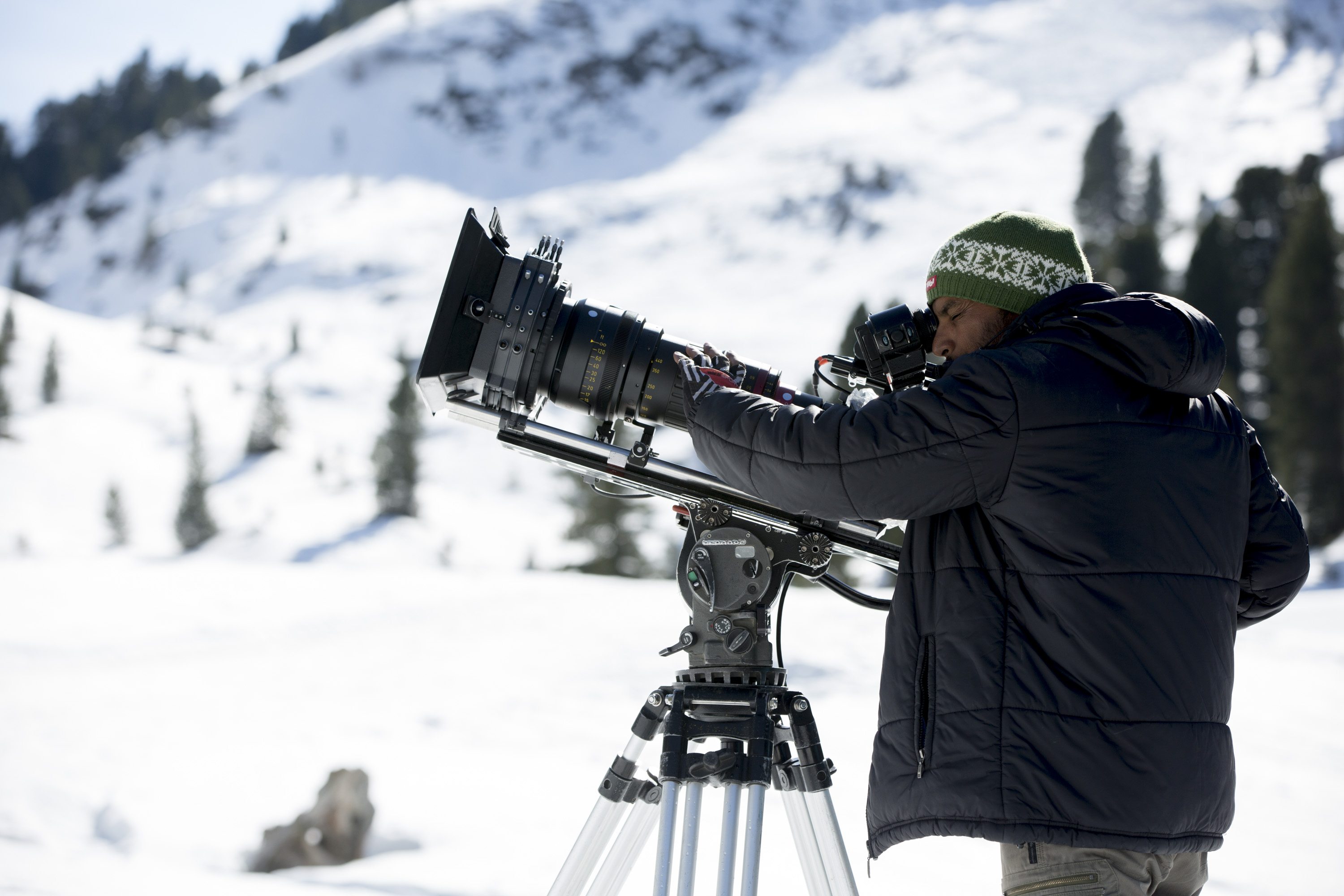