The Crankworx World Tour just raised the bar for extreme sports festivals in Innsbruck. If you missed out on this event, you should be ashamed for spending the weekend picking strawberries instead. Crankworx is the mountain bike festival where ordinary humans perform the extraordinary. Mountain bikers ride faster, fly higher, go bigger and send it like never before. This is the platform where the world’s top athletes unleash never-before-seen tricks.

The festival consists of four stops in New Zealand, Austria, France, and Canada. Each event is an opportunity for athletes to accumulate points towards the final results from all four stops. Mountain bikers compete in different disciplines throughout the tour: Whip Off, Pump Track, Dual Speed and Style, Slopestyle, and Down Hill. If you’re not familiar with these different mountain bike disciplines, it’s okay, neither am I.

Despite not being too familiar with the mountain bike scene, I had an absolute blast at the events. The organizers did an amazing job at gathering good food, music, side events, and the best of vibes. This was the type of event that would make anyone a fan of mountain biking. From personal experience; I now follow lots of the athletes, teams and media sources on social media. I’ve become a fan of the sport. I may eventually give downhill and pump track a go. 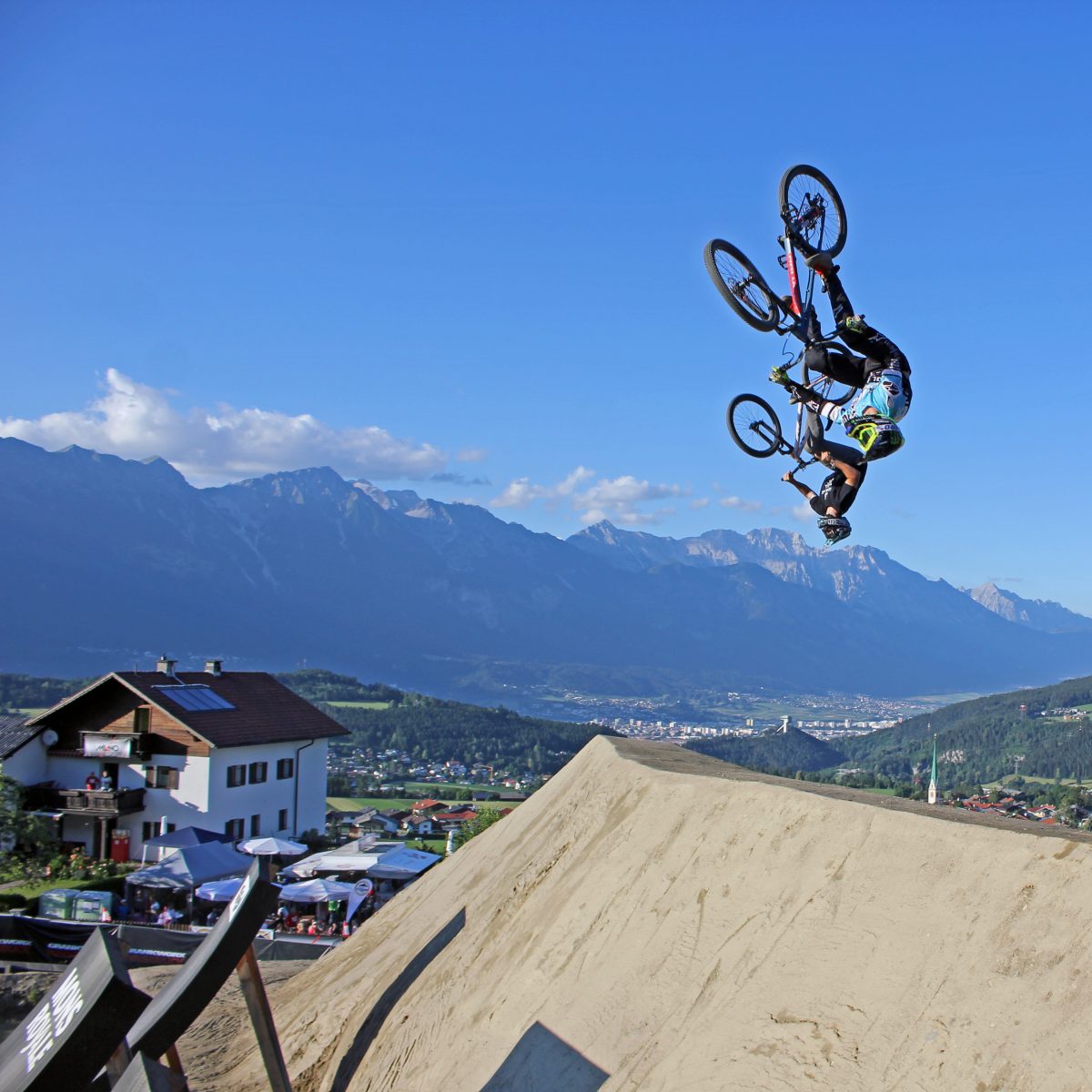 Innsbruck’s Mountain Bike scene is growing by leaps and bounds and Crankworx just fueled that fire. Mountain biking has had a tumultuous presence in Innsbruck, mostly due to friction with hikers and other mountain sports enthusiasts. City officials have begun devoting resources to create areas dedicated to mountain biking and now they’re faced with the challenge of fulfilling the demand as the sport grows at unprecedented rates. Bikepark Innsbruck is the epicenter of the mountain bike scene, facilitating downhill, pump track, speed and style and even beginner level camps for kids. The bike park has done an amazing job creating opportunities for bikers at every experience level; from pros to first timers seeking an adrenaline rush. 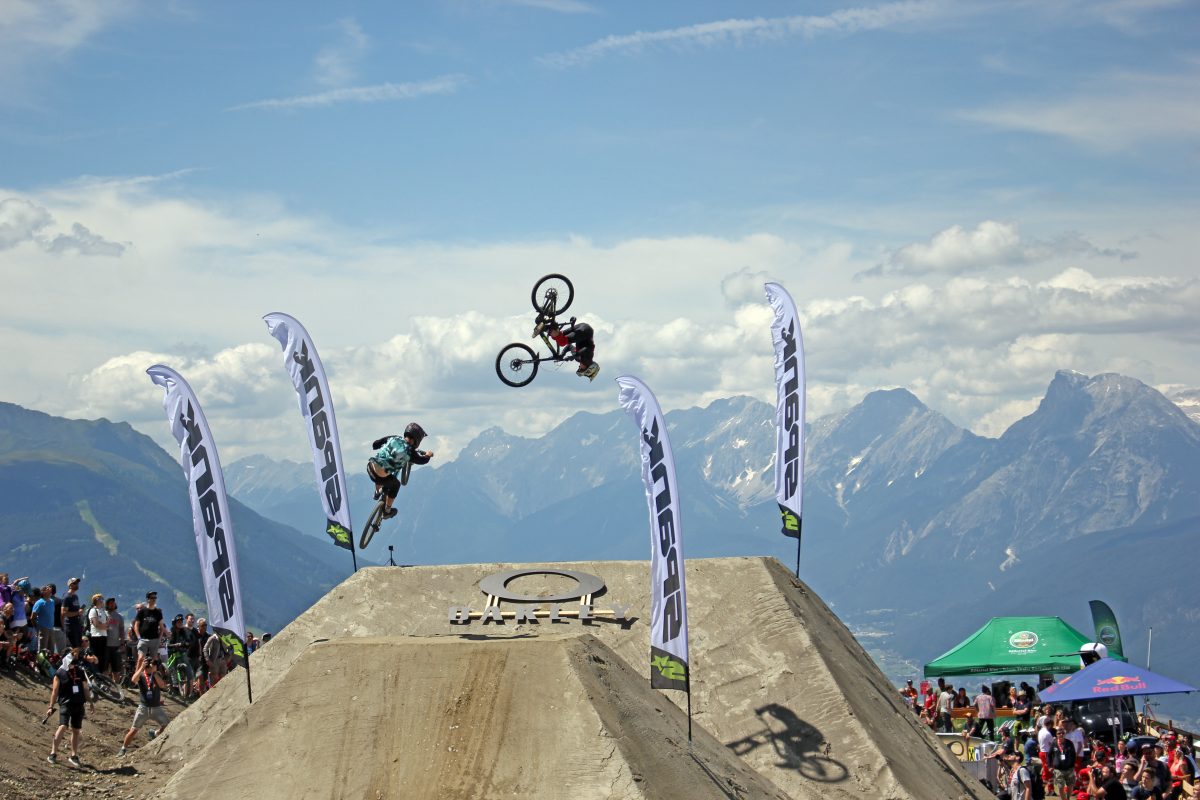 What the pros think about biking in Innsbruck:

Aside from the Bikepark, there’s a whole bunch of other great trails and riding possibilities in Innsbruck too. Here’s what a few of the Crankworx athletes and past legends had to say about the biking scene in the city:

The world’s top Mountain Biking athletes came out in full force. Of the seven 1st place finishes, six were repeats from last year. It was basically the Lebrons, Messis, Ronaldos, and Federers of mountain biking staking their claim in the sport. Admittedly, I am pretty clueless when it comes to these competitions. Despite my ignorance, I was blown away. I couldn’t tell you the names of the tricks the riders were throwing down, but the most impressive thing I saw was the dude that did the double 360 whirly bike thing while twisting the handle bars and scissoring his legs.  I’m sure there’s a name for it, but it really wouldn’t do it justice. 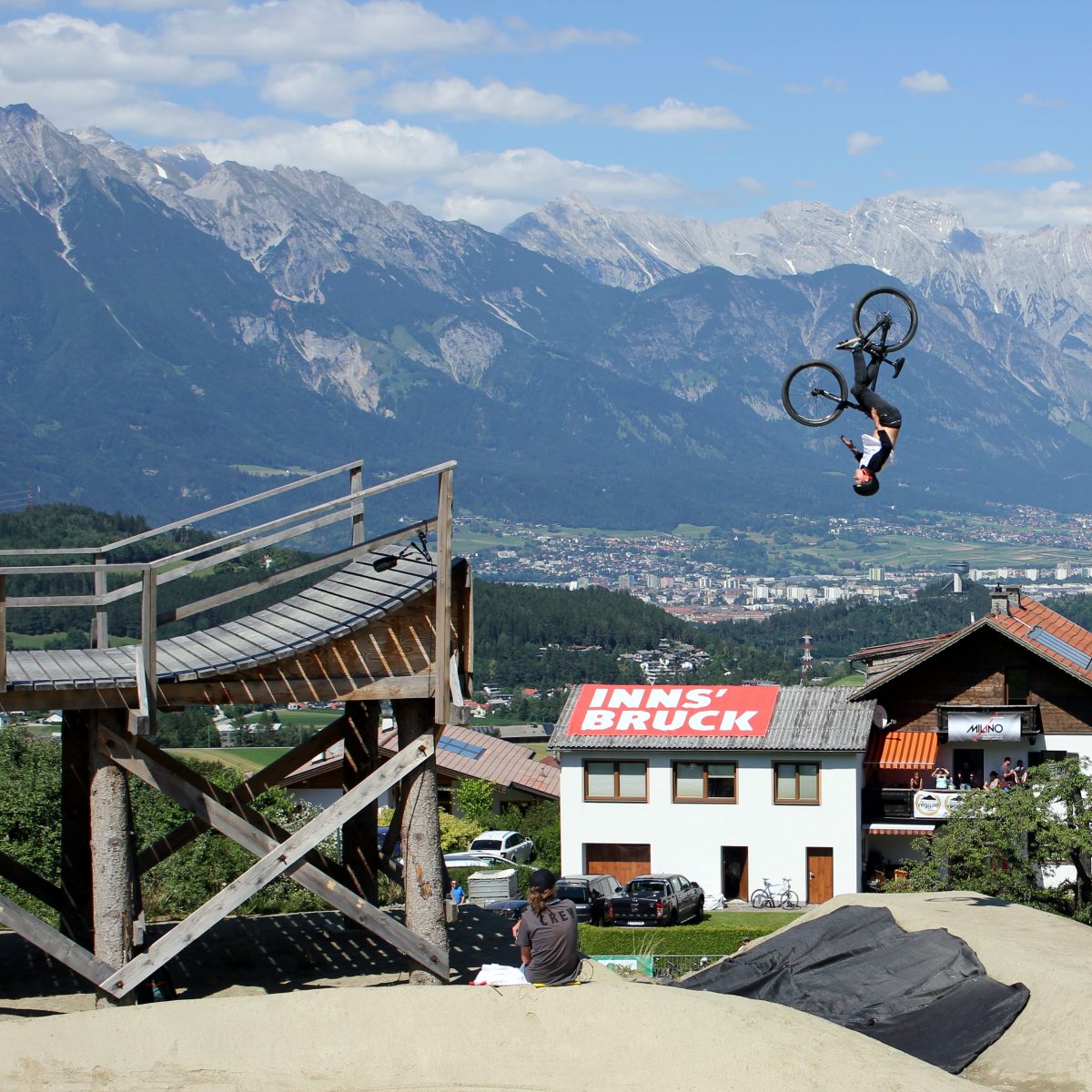 Crankworx was the type of event you could attend even if you are not a fan of mountain biking. I am clueless when it comes to mountain biking. Heck, I am clueless when it comes to bikes with brakes and gears. Despite not being in the know, I had an absolute blast at the events. I learned about different disciplines in mountain biking, met really fun people, enjoyed the music, and ate well. Did you know pump track is a thing? People actually compete at biking without a bike chain. Every single event made me question the athlete’s sanity. If I hadn’t seen it with my own eyes, I wouldn’t believe humans are capable of performing the mind blowing tricks I witnessed. The crowd’s excitement was contagious; everyone was on their feet cheering for the riders at every event, it was nuts.

Make sure you pencil in Crankworx 2019 because it will be mind blowing.