Innsbruck’s open air concert series has begun! Capella de la Torre opened the season with an “Alte Musik” performance set in the Old Town. This was the first of many free concerts running through ’til September.

Innsbruck’s open air concert series is a great way to absorb local cultural experiences while taking a break from exploring the city. Hiking or biking on the mountains, sightseeing in the city, and even exploring museums can be tiring. Rest your feet and enjoy the warmth of summer evenings at one of the many free concerts offered by Innsbruck and surrounding villages. 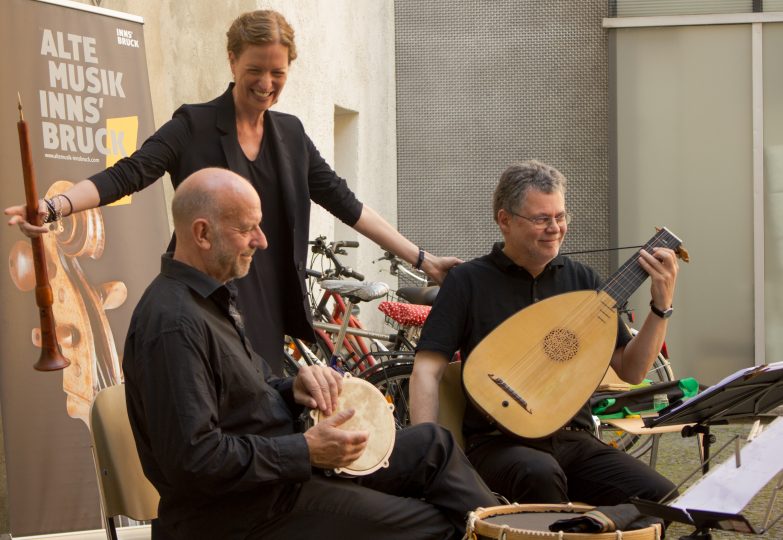 Katharina Bäuml, founder of Capella de la Torre, led the sextet with her Brommer while imparting her knowledge of the music style, time period in which it was born, and the creation of the instruments used. She was accompanied by Hildegard Wippermann on Brommer, Johannes Vogt on the Lute, Tural Ismayilov on Sackbut (a type of trombone), Mike Turnbull on percussion, and Annette HilsDulzian on Brommer. It was very obvious that every member was extremely talented at playing their respective instruments, but Mike stole the show as he played the tambourine with his soul. 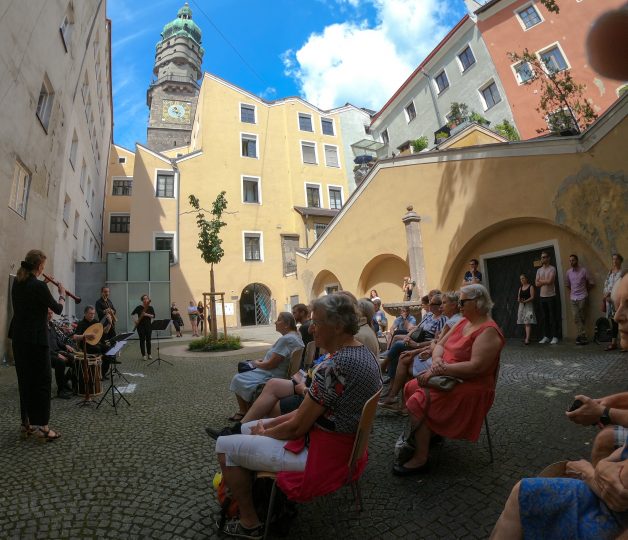 Intimate Concert at the City Tower

The courtyard of the Old Town City Tower served as a quaint location for a small and intimate concert during a beautiful Friday afternoon. During the performances, each member played a solo, allowing concert goers to appreciate the different instruments played. I loved this because it was more than a concert, it was also a learning experience – I’ve seen all the instruments before, but had never heard a few of them played on their own. I don’t know that I’ll pick up any of these instruments myself, but at least I’ll be ready for small talk at the next Renaissance Fair.

Experience the royal treatment at the Imperial Courtyard every day in July, while being serenaded with classical music spanning several centuries. The Hofburg Palace has hosted these performances for over 20 years, and it’s is a great way to wind down after a day on the mountains (or shopping in the city, for that matter). Performances start at 7:30 P.M. sharp. 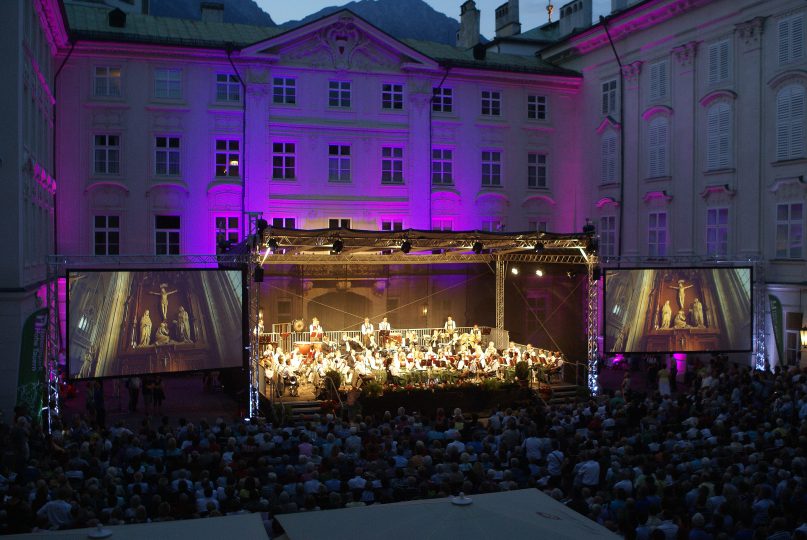 The Innsbruck Promenade Concerts are a real musical highlight every summer. There’s a concert every day until 28th July –  see the full schedule HERE.

Other musical events in and around Innsbruck Summer 2019

For more detailed information on all the free open air concerts and other events, check out the Innsbruck event calendar. Here are a few highlights:

The Seegrube Restaurant at Nordkette hosts a weekly Jazz Brunch (every Sunday) through the 25th of August. Tables fill up fast for this event, so reservations are highly recommended.

Did you know that Innsbruck and New Orleans are sister music cities? The New Orleans Festival brings U.S’. Southern flavor to Innsbruck for four days of Jazz and Rhythm & Blues.

Tip: Get your dancing shoes ready for this!