Innsbruck – it’s all here! The local sports scene reaches well beyond the ever-so-popular winter sports like skiing, snowboarding, and summer activities like hiking and biking. Soccer (of course), climbing, hockey, golf, American football, and even baseball can be found in town. Name a sport, it’s most likely being represented here. Rugby Club Innsbruck and Women’s Rugby Club Innsbruck are doing their part to promote their sport locally and represent in tournaments outside of Innsbruck. Rugby is present in every continent making the Rugby World Cup one of the most popular sporting events on the planet. In typical Innsbruck fashion, the sport is being reinvented and pushed to new heights. It’s not the traditional game you’ll see at the Rugby World Cup or upcoming Olympic Games in Rio. It’s Snow Rugby! 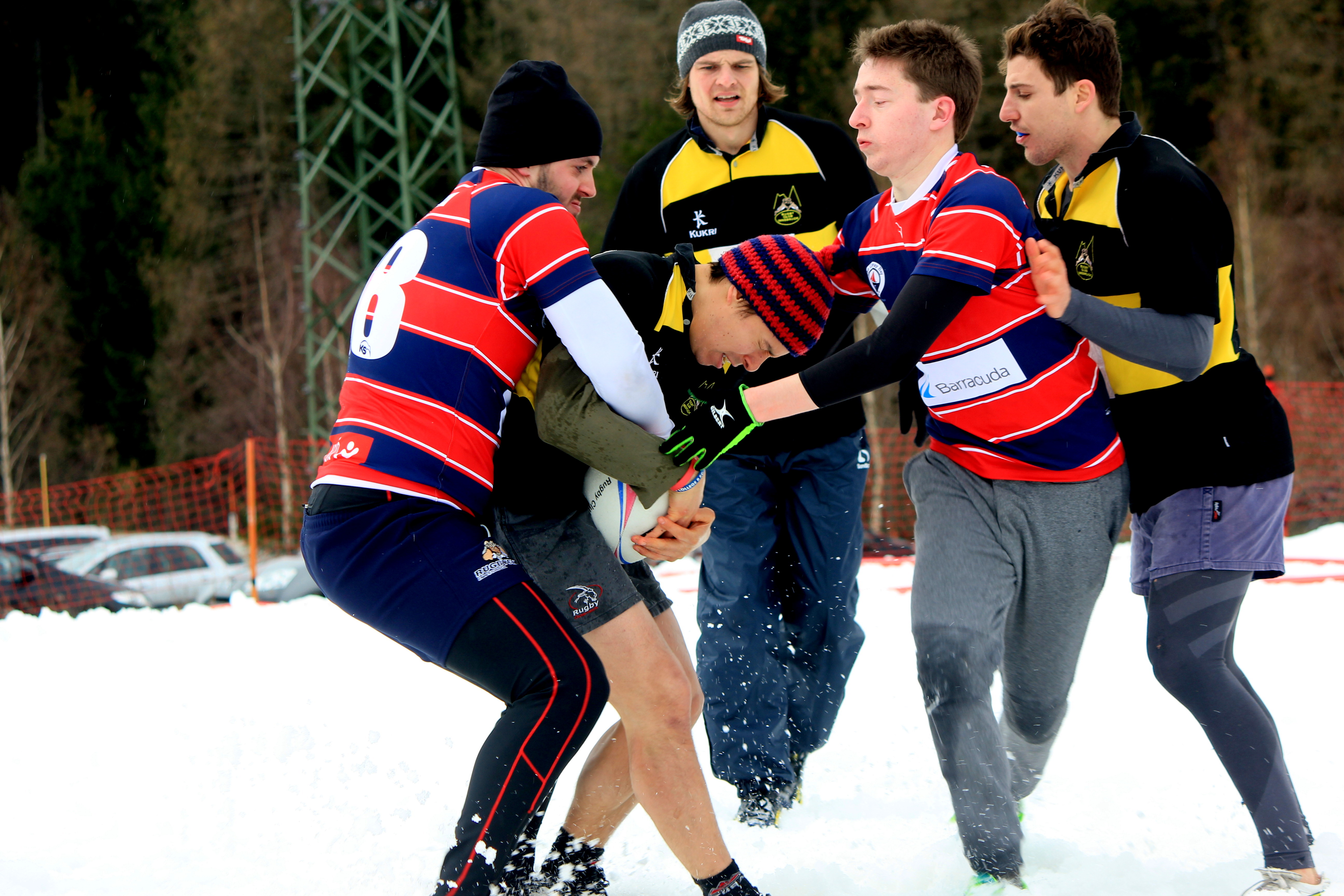 Players grinding it out on the snow

Apparently this sport wasn’t tough enough for people in Innsbruck. They had to one-up it and take it to the snow. I was freezing while watching, fortunately DJ Pineapple was dropping some hot beats while rocking the turntables. That was maybe the best music I’ve heard being played in Innsbruck. You can find him at Sixty-Twenty as he DJs during the Urban Thursday sets. 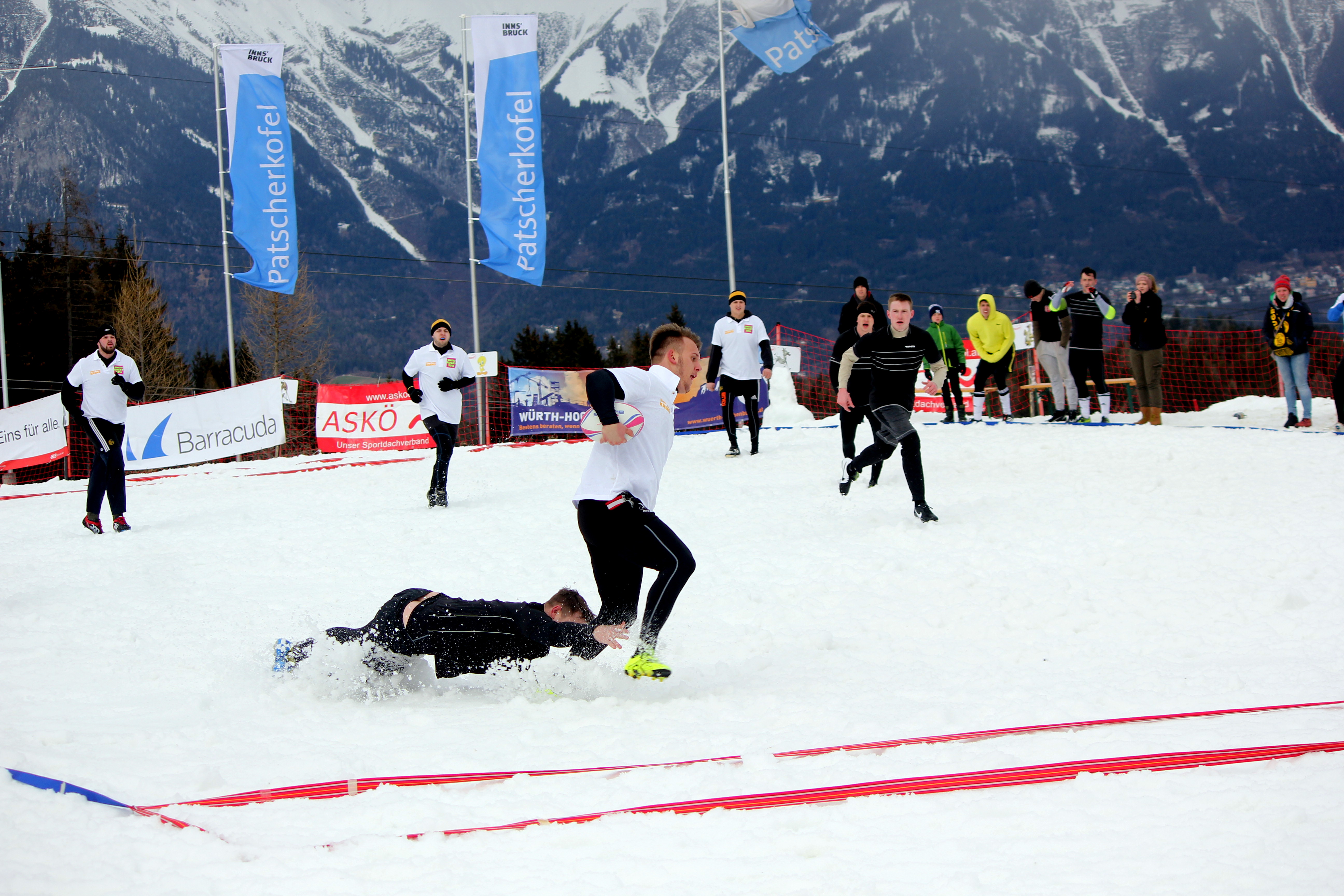 Escaping a tackle for a try

Everyone is welcome to join training sessions every Monday and Wednesday from 20:00 to 21:30 at the W2, Tivoli. The players are all regulars at The Galway Irish Pub, a popular place to catch all the Rugby matches while enjoying a Guinness and bowl of Irish Stew. 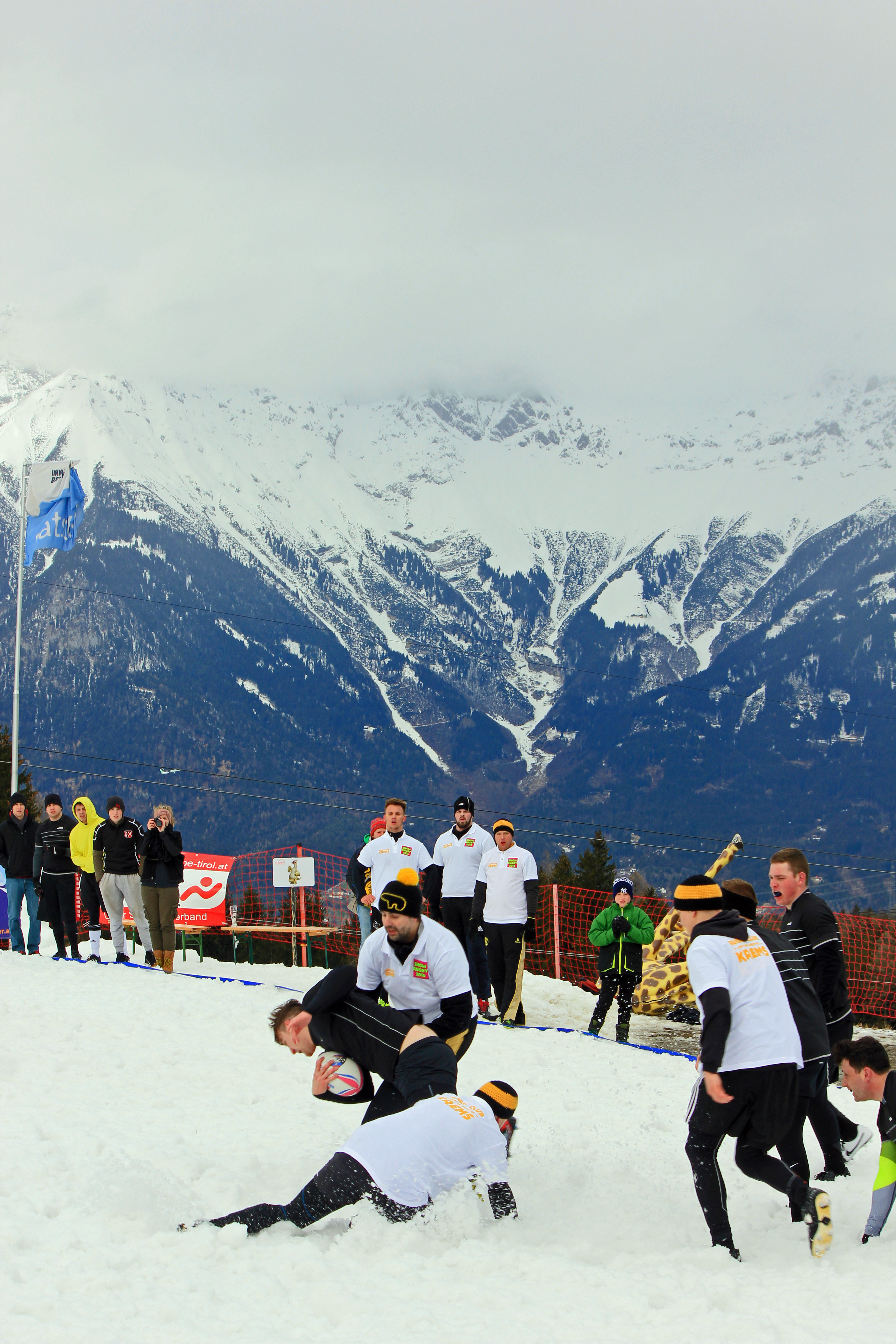 There were also plenty of tries off the pitch as we played “nails” in between matches.

Rugby season starts on March 16th and runs through the end of July. Matches are held every second weekend at the Ragg-Pitch, Obere Lend 45, Hall. 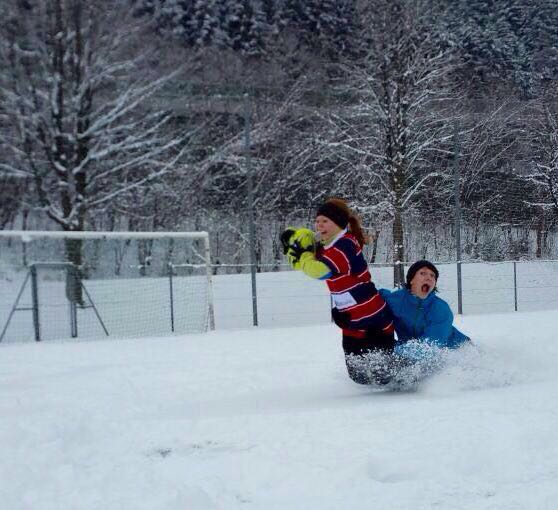 The women’s team plays five tournaments every year, one of which is hosted in Innsbruck. Interesting side note: The captain of the women’s IRC is also the MC at the Thursday night open mic sessions at The Galway Bay Irish Pub. I also highly recommend attending one of these Open Mic nights, musicians were killing it when I attended. More info available here: http://www.rugby-innsbruck.at 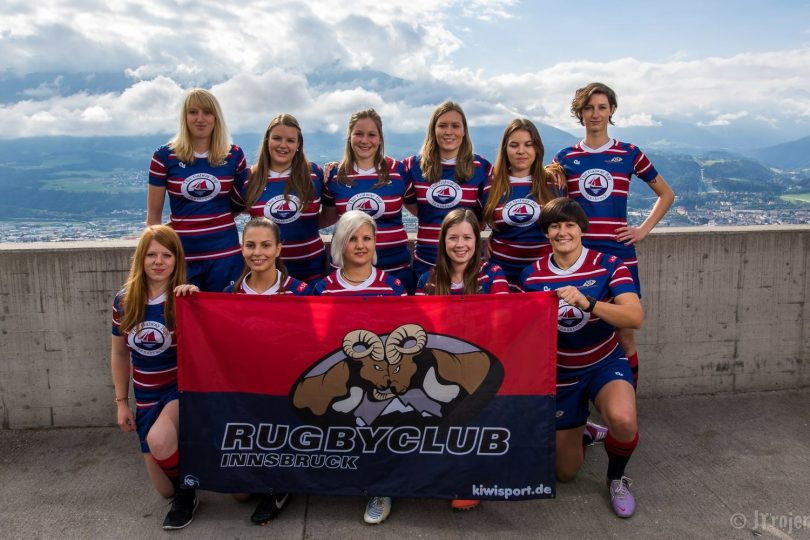