Innsbruck always has something cool to see, do or experience. Some things, however seem to fly under the radar, even if they deserve the spotlight. One such happening took place over the first weekend in August. It was given the name Open Piano Innsbruck, and that name pretty much says it all! 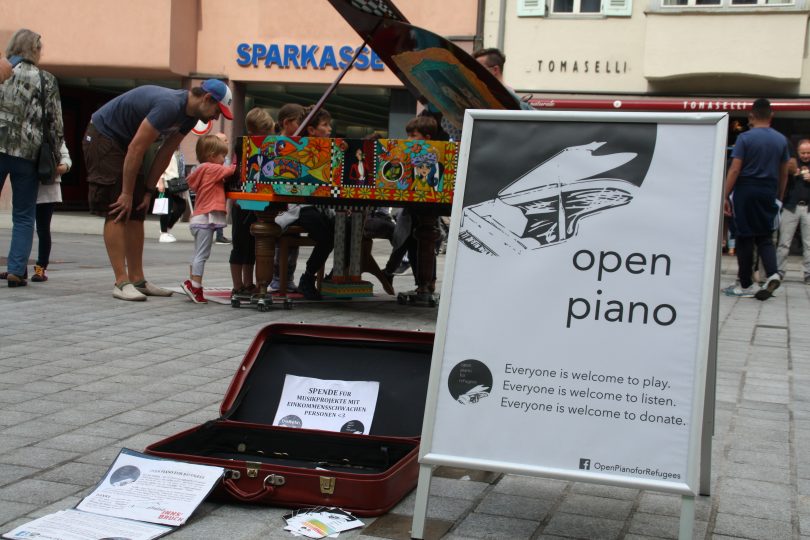 Their message is inclusivity, welcoming everyone to play, listen and donate. Photo : @Laura Wunsch

Open Piano For All

An organization named Open Piano for Refugees placed a piano in the middle of Maria-Theresien Street near the St. Anne’s Column of Innsbruck, which was free for any and everyone to use. From August 1st to the 4th, with only a few time restrictions given, the piano was open to all! They even welcomed people to come with other instruments and perform alongside the piano. 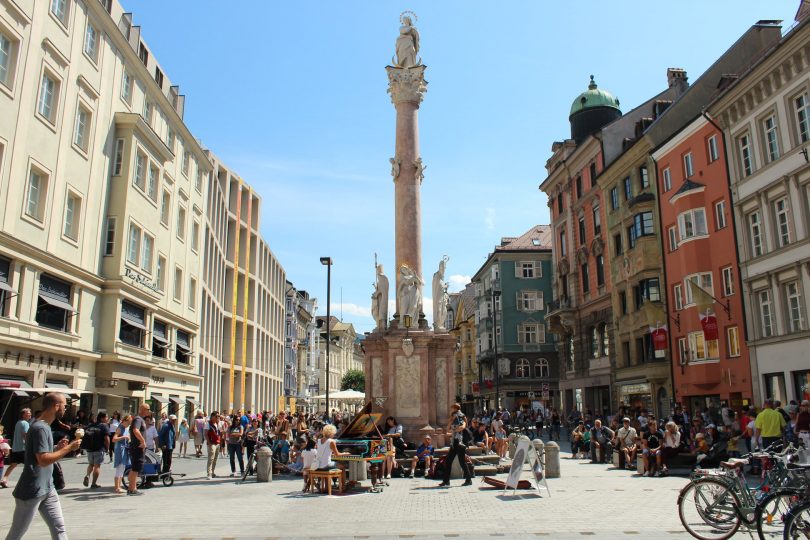 The weather didn’t always cooperate that weekend, but when the sun was out it was gorgeous! Photo :@Open Piano for Refugees

Fun for All Ages 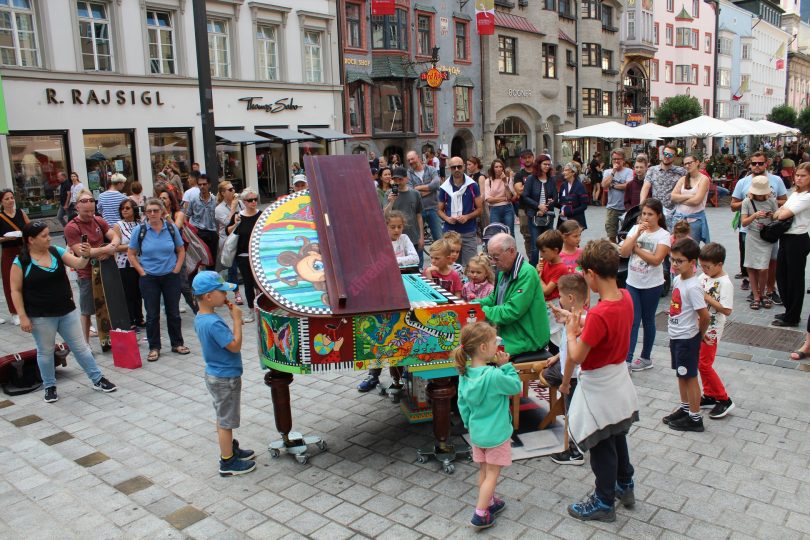 The young, old and everyone in between participated and enjoyed having the piano around! Photo: @Open Piano for Refugees

I stopped by a few times just to sit on the benches near the St. Anne’s Column and watch as people built up their courage to take a seat at the piano and show Innsbruck what they could do. The piano was enjoyed by young and old – I saw small children tickling the keys and testing sounds out, teenagers who had clearly already learned to play piano giving it a go, all the way up to adults passing by showing off their skills. There was a wide range of participants. 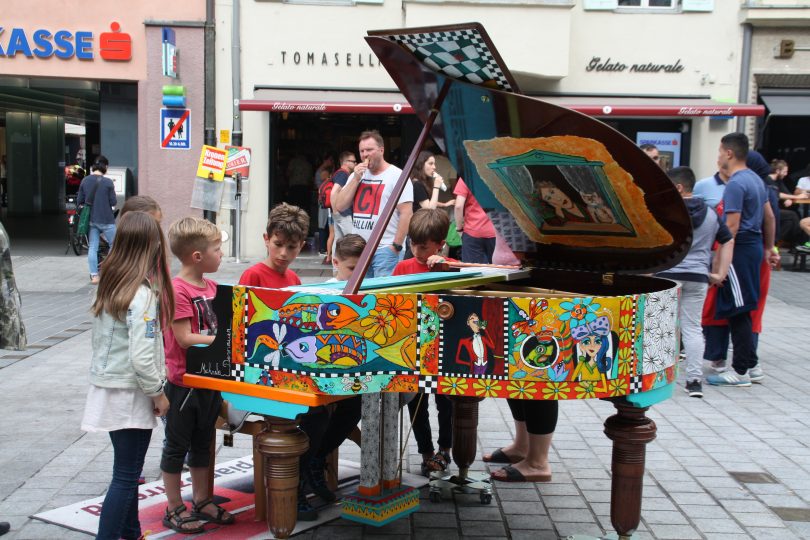 Kids were lining up to take a turn on the piano, music is universal! Photo @Laura Wunsch

Music to the Masses

But it is not just Innsbruck where Open Piano for Refugees has set up shop- They’ve travelled all over with this idea: Bonn, Düsseldorf, Salzburg and more. Bringing music and accessibility to music to the masses wherever they go. 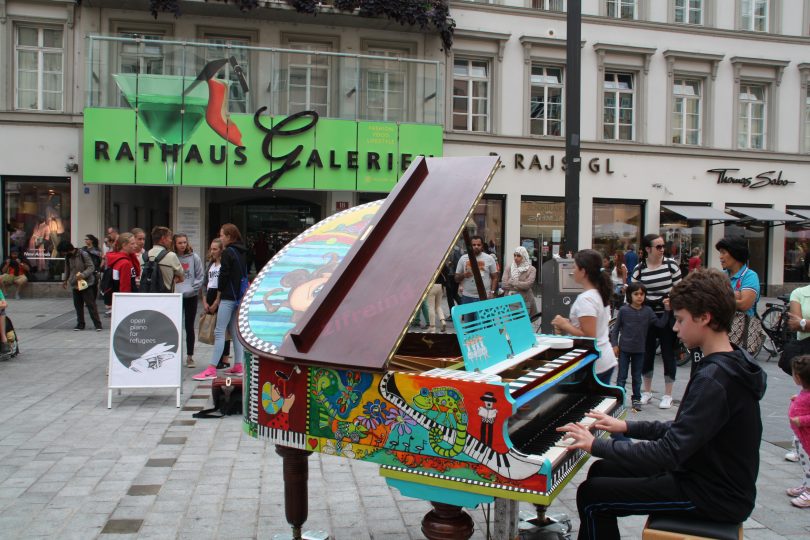 Location is key, and these guys picked the perfect spot! So many people passed by, many gave it a try! Photo @Laura Wunsch

Spread the Love and Donate!

It is so lovely that they set up a piano to bring music to the world, but there is of course also a cause behind the music. People were encouraged to make donations if they enjoyed the music and if they supported the cause. The donations go towards the first social music institute in Vienna which was built in March 2019. The institute is called DoReMi, like the music notes, and serves to promote the inclusion of refugees or socially disadvantaged people regardless of nationality.

This institute not only has refugees as students but also brings them on as teachers. To make sure that income doesn’t play a role in whether people have the opportunity to learn to play music or not, the institute runs on a ‘pay what you can’ basis. For them, it’s not about the money, it’s about the music. They believe that music unifies, regardless of language, race or religion; and that music brings people together! 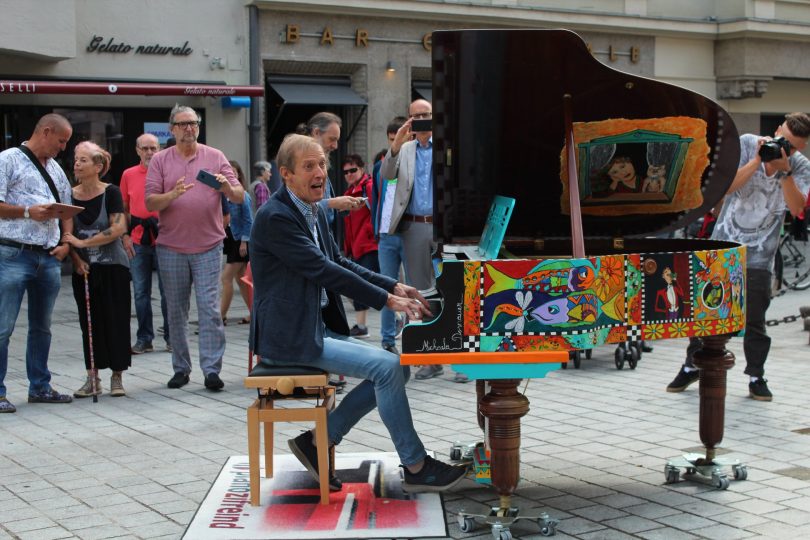 Hopefully this becomes a regular thing, pumping music into the city, and all for a good cause! Photo @Open Piano for Refugees

Music is so important to learn and experience, it is simply wonderful to see an organization like this doing what they can to include everyone and bring music to the world.