Celebrating St. Patrick’s Day has spread across the globe and can even be observed in Innsbruck. Although, its not a national holiday here in Tyrol, like it is in Ireland, on March 17th everyone has the chance to be Irish, drink green beer in a pub all day and wear funny hats. For where to celebrate in Innsbruck and even why you should, I’m here for you…

Where it all began…

For those of you that don’t know the story behind St. Patricks Day on the 17th of March, here is a short (and overly simplified) background for you! Patrick was born in 387 AD in Britain, he was enslaved by Irish pagans and taken to Ireland, later escaping. Later in life, he became a bishop and commissioned as an apostle to Ireland. Patrick travelled from town to town in Ireland tearing down idols and setting up the Catholic Church… and of course there is the story that Patrick drove the snakes out of Ireland by giving an extremely powerful sermon… but this could be just a myth or metaphor, I mean, it happened in 400-something AD and there have been no native snakes in Ireland since the end of the ice age, but, whatever. Patrick died on March 17th, which became St. Patrick’s Day though I’m not sure your average every-day green beer drinker knows all this. All dressed up for a photo op with St. Patrick.

Everyone is looking for the luck of the Irish, and no matter what your background is or where you live, St. Patrick’s Day is a party, even here in Innsbruck! Over the last several years the celebration has spread and there are even a few parties around town where you can enjoy yourself. Segabar has posted that they will be having a party and aDLERS Hotel has advertised green drinks and Irish music, but NO ONE can celebrate St. Patricks Day quite like the Irish themselves and in Innsbruck the Irish owned and run Galway Bay Irish Pub is the place I go to celebrate all things Irish! 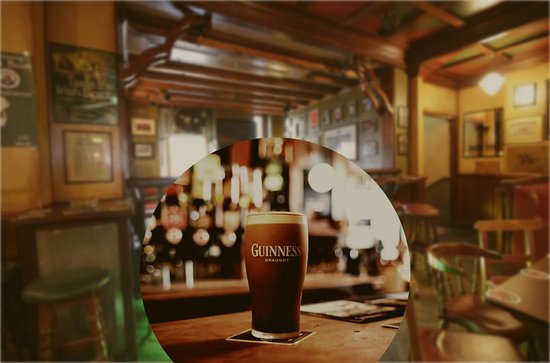 Irish Holiday in the Irish Pub

St. Patrick’s Day is March 17th, which this year falls on a Friday, making it the perfect way to start your weekend off right! The Galway Bay Irish Pub will open early, at 13.00pm. The first 50 there will get free St. Patrick’s Day hats and t-shirts, with additional prizes for the best costume as well as other giveaways. They have organized live traditional Irish music starting at 8pm with the band ‘’The Full Whack’’ to get the party started and they will be followed by a DJ to keep the party going. They even have green beer, but if you ask me, skip the green beer and just get a pint of ice cold Guinness! Of course, if Guinness isn’t really your thing, they have plenty of other drinks to choose from. 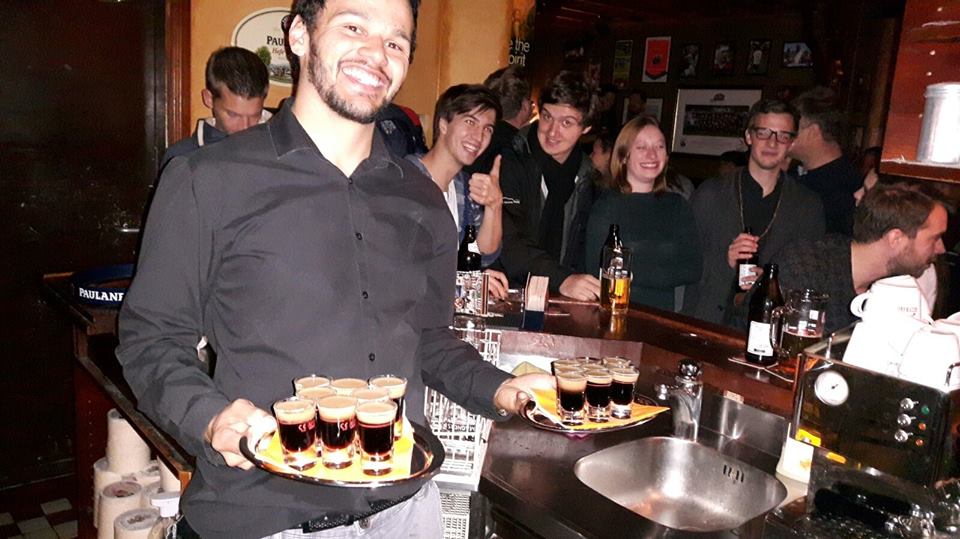 Plenty of drinks at the bar.

In 2016 Richard McHugh, the owner of the Galway Bay Irish Pub, who is Irish himself organized a St. Patricks Day parade that marched through Innsbruck, granted it was not as big as the parades that take place elsewhere around the world, but it was definitely magical. Regrettably, Richard wasn’t able to organize a 2017 parade due to some complications but the intention is still there and maybe in the future they can get it back, in the meantime there is enough opportunity to celebrate in the pub. Even without the parade, the Galway Bay Irish Pub is still, in my opinion, THE St. Patrick’s Day spot!

So have fun this St. Patrick’s day everyone, and don’t forget to wear green!! As the saying goes: "it is impossible to imagine the city's calendar of events without them". This…

Innsbruck Summer of Culture – one event chases the next

Yay, it's summer - probably the most wonderful time of the year. Summer slump? There is no…

When mushroom fever breaks out in Tyrol, there's no stopping me. Then I'm one of the many…