When you think about Innsbruck, you don’t immediately think about music, Salzburg or Vienna seem to hold that title and I’ve often been told that there is not much of a music scene in Innsbruck. It’s true, big name stars don’t often come to Innsbruck for their concerts, but there are ample opportunities to hear live music every week all around Innsbruck! Here I want to focus on just a couple that happen regularly around town.

Now, I realize that I can’t list off all the events, open stages or concerts, I have to draw the line somewhere, so here is just a small taste of the amateur music scene in Innsbruck. These four locations offer periodic ‘open mic/stage nights,’ which for those of you that don’t know are events where the host allows anyone that wants to play on stage the opportunity to perform. While all four nights may seem the same, they all offer something different and unique. 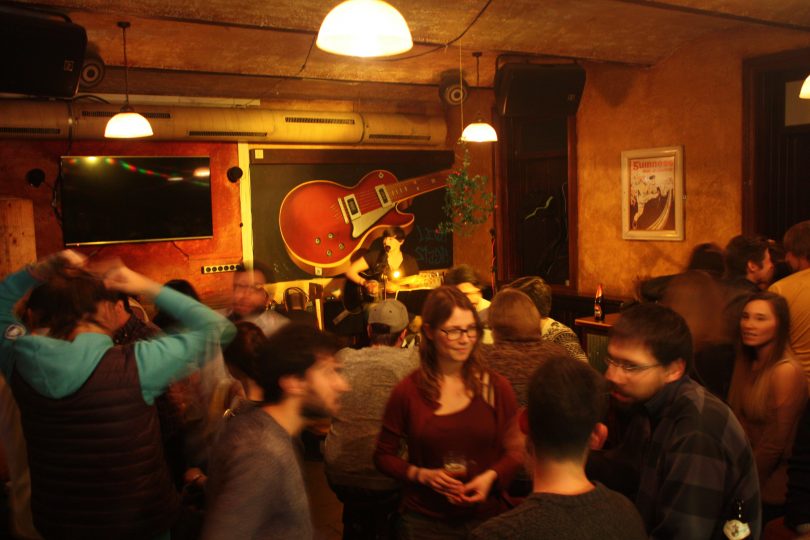 Now, whether you believe it or not, the Galway Bay Irish Pub was the first open mic in Innsbruck which started a little over a decade ago and is still going strong. From there several exceptional shows have sprung up all over town. I know what you’re going to say, she can’t possibly be writing about her own open mic night, and yet… here we are! Open Mic at the Galway Bay Irish Pub happens every single Thursday night in the basement bar of the pub and is hosted by myself, Laura. It started way before I had anything to do with it and was passed down from host to host until it fell into my lap about 7 years ago.

Every week the bar provides the opportunity to perform and even though we focus on musical acts, we have had everything from comedians to slam poets, dancers, rappers and more. There is no real limit to how much any one act plays, it’s mostly based on crowd reaction and how many acts that are still on the list, because there is no pre-registration, just people showing up and wanting to play whether that be individuals, duos or larger groups. But if you’re looking for a quiet concert, you’re barking up the wrong tree. Given the fact that it’s held in the basement of an Irish pub, it can get loud! People are talking, singing along and enjoying their night, there are moments of silence, but they are few and far between. 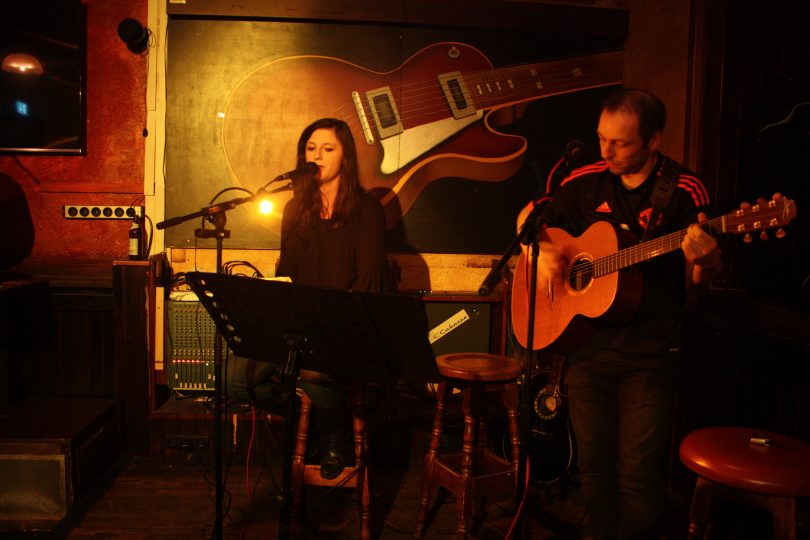 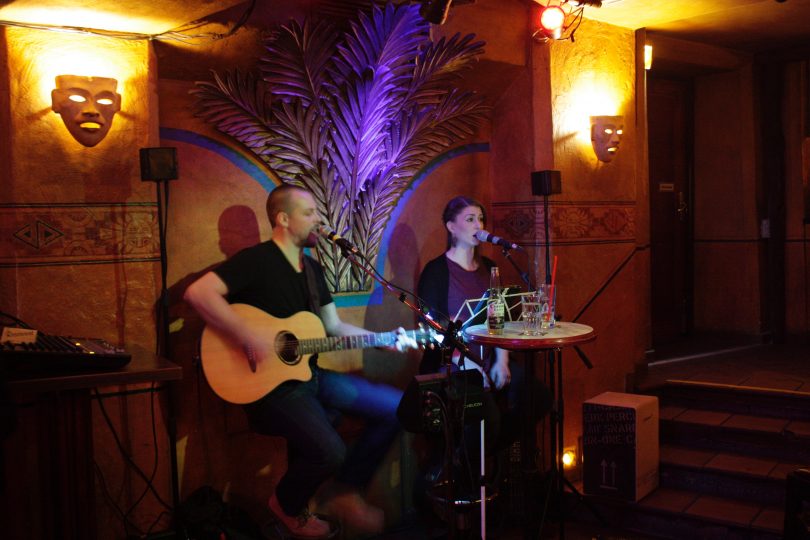 Affectionately dubbed ‘guest playing for guests’ this open mic becomes a lot more of a jam session, with musicians tagging on and playing together often without previously practicing together, a drummer starting in mid-song, a bassist asking to play along with a soloist on stage, people just kind of join in adding a real fun and loose vibe to the night. Hidden in the old part of town at La Cabana this open mic night doesn’t have a big stage, the musicians just set up hugging the wall with no real barriers between the crowd and the musicians.

The current organizer Marco is not the first host but has run the night now for several years. Performing every Tuesday night, Marco keeps it light and entertaining, often convincing guests to treat it like ‘live music’ karaoke and impressing the crowd with his repertoire. I swear he can play every song ever! 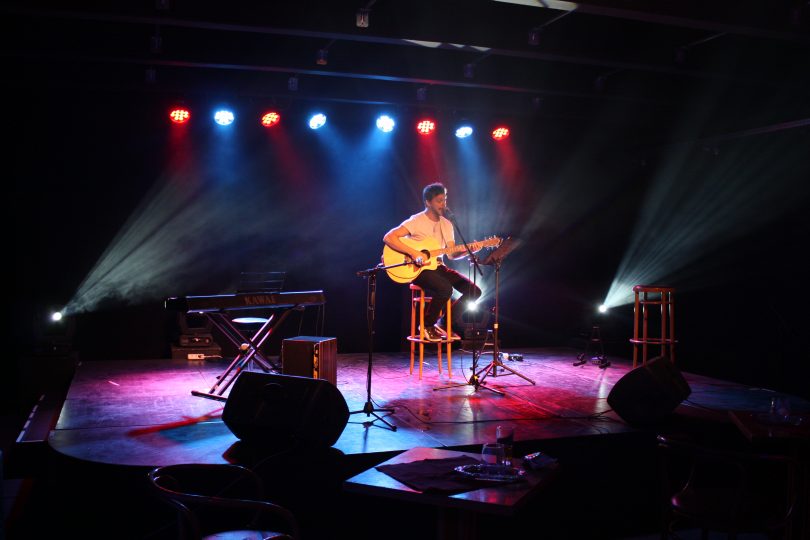 If you’re looking for more of a concert feel, then you’re looking for the AcousticClub. This brands itself as an open stage rather than an open mic, and there are a lot more technical aspects at work, with a lighting and sound technician looking after the ambiance. The stage is raised, the lights are strictly pointed at the stage rather than up for the audience and there is even a bar along the side with snacks and drinks.

There is a definite air of professionalism built up by the two organizers Joey, the host and founder and Artur, the technical organizer and co-founder – who are both musicians themselves. The night starts with an opener band which has pre-registered and plays for about 30-45min then they switch gears opening up the stage to anyone who wants to play, even without registration. Entrance is free, but donations are welcome. AcousticClub happens only once a month, but they put on quite a show!

Open mic at the Bäckerei

Professional and open, this night at the Bäckerei doesn’t limit performance types, getting everything from slam poets, to classical guitarists, violinists, any everyone in between in a concert style. The audience is seated and paying attention and it’s always fun to see what is coming next to the stage, the only drawback is that it ends at 22:00pm to respect the neighbours, which is great for the neighbours, but a real let down for anyone enjoying the show. It’s a very unique experience, you should check it out!

There have been more, some have come and gone, some are on hiatus, some new spots are popping up, there is so much music in Innsbruck if you just have a look around.