Epic Innsbruck is back! To see the winter off in style, we ventured back to Axamer Lizum to film some epic speedriding – and combined it with some freeriding for a surprise ending…

The Epic Innsbruck series has showcased two different types of flying in the past – the very first episode featured powered Aerobatics, and the last episode of 2018 Gliding, or Mountain Soaring.

Now we bring you flying of a different kind: Speedriding. Think of it like skiing off the top of a mountain with a smaller sort of paragliding wing… The athletes can fly down the mountain at incredible speeds (up to 100km/h!), performing rolls and other manoeuvres as they go, even touching back down for a few ski turns on the snow before flying off again! Genuinely, it’s EPIC! 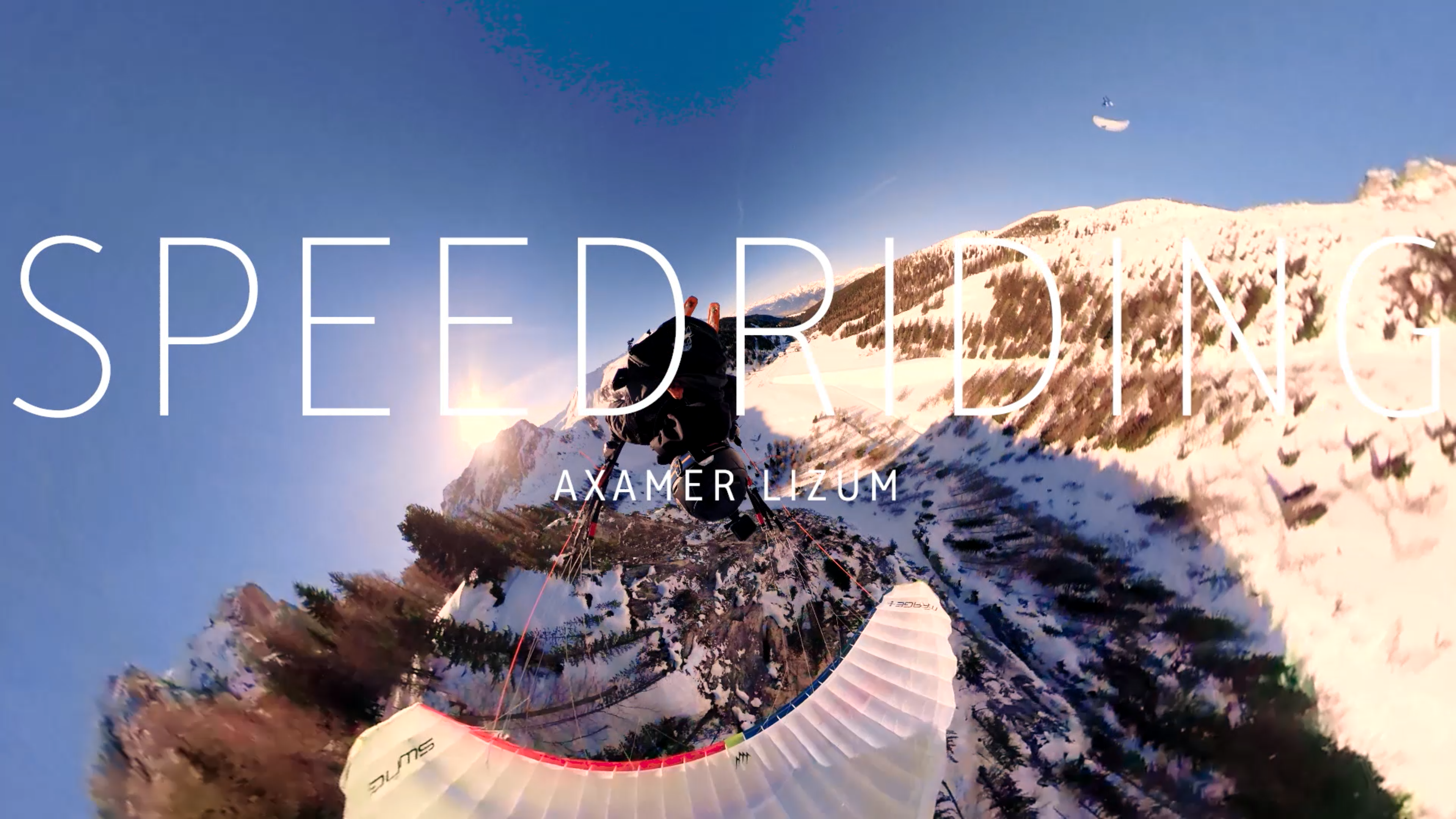 Justin sending it next to the rocky face with Simon in the distance.

I linked up with Simon Winkler through Dani Hochmuth (Dance With Us) because we are featuring him in our next movie called People Who Rize, which will be released on Innsbruck Tourism towards the end of the year. It is a movie about how the mountains provide positivity and motivation, especially when dealing with a trauma / difficulties in life. 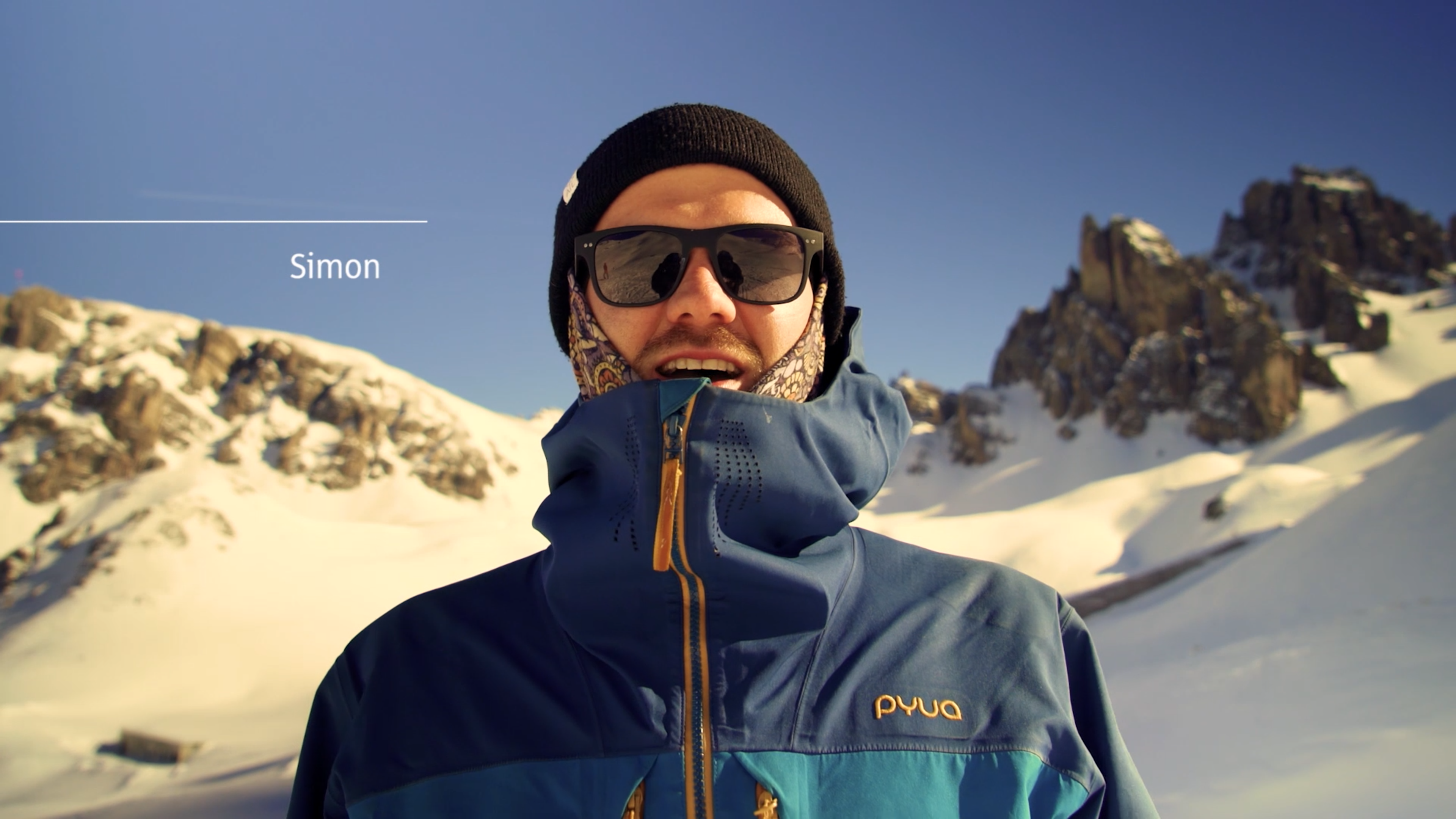 Simon is a speedrider, speedflyer, acrobatic paraglider who has been flying for 16 years. He has featured in many shows that need stuntmen flying out of the sky, and he travels the Alps to fly and teach people how to fly. He is supported by AirG – Products, PYUA, Protect Our Winters Austria, NakedOptics, GRETA KAHN, Supair and X-Dreamfly. 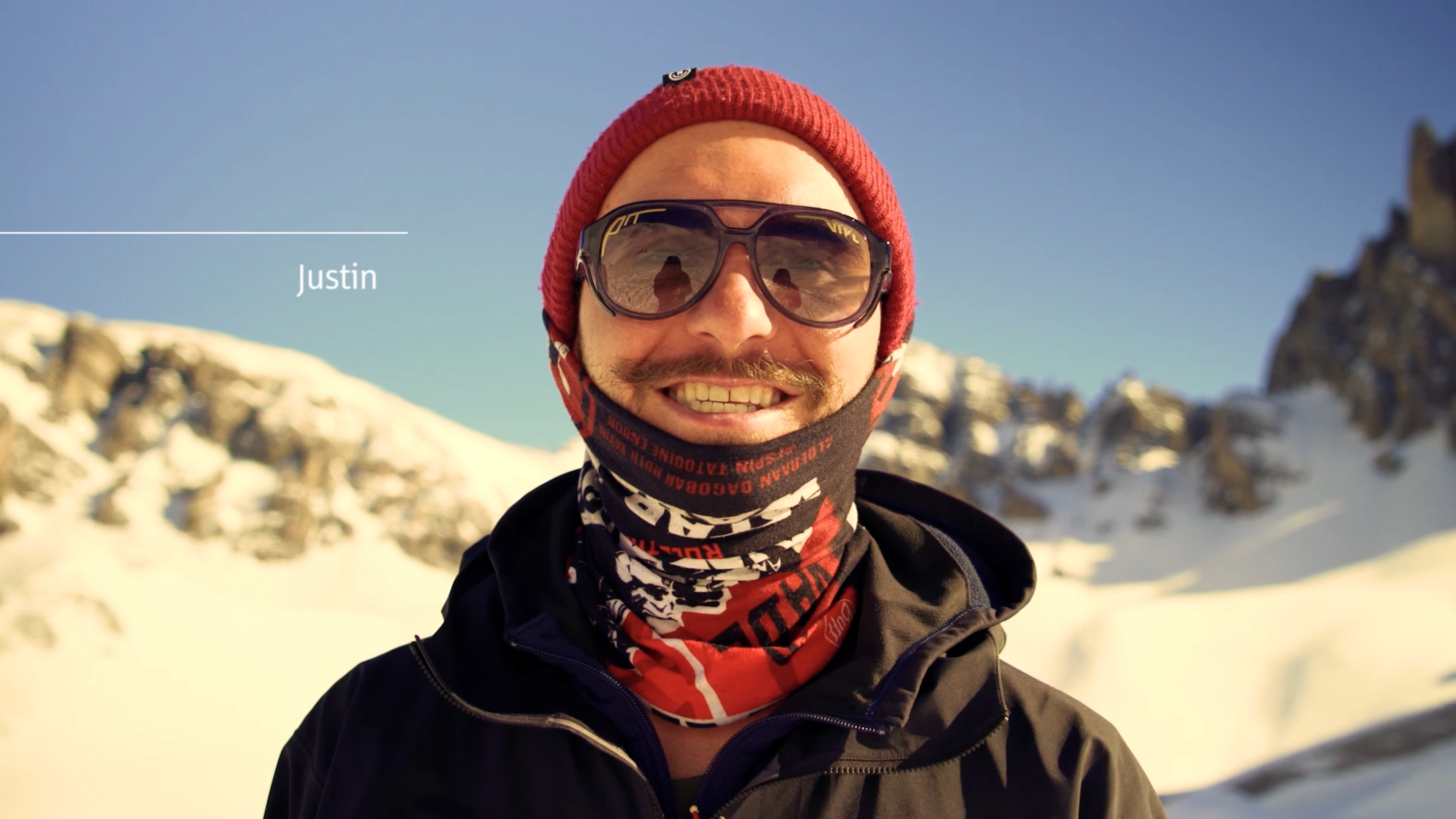 Justin Deisenroth is a speedflyer who has been flying for over 5 years and has also featured in many shows. His favourite place to fly is Nordkette, and he is sponsored by Swingparagliders, GRETA KAHN and Delayon Eyewear. 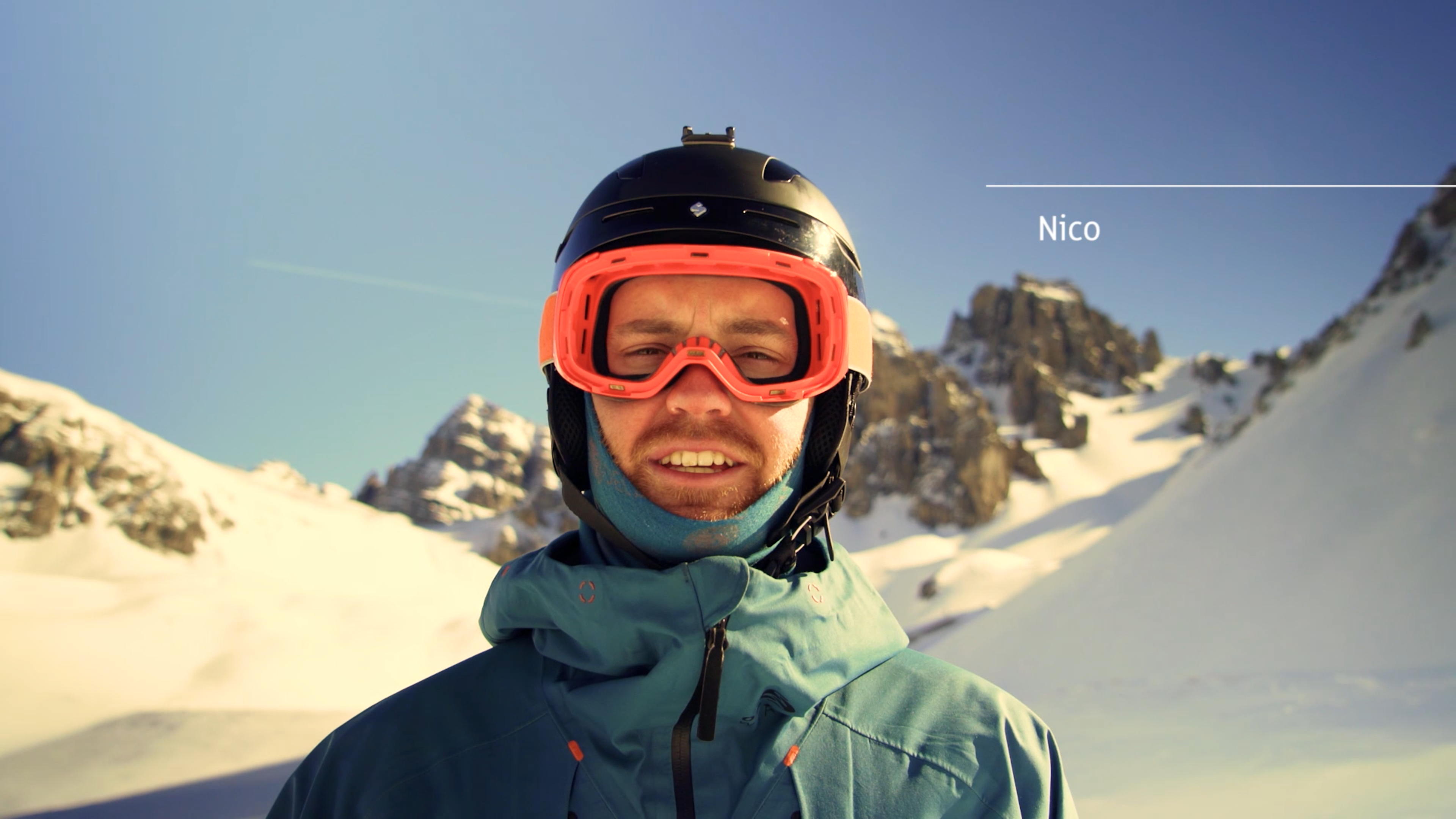 As mentioned in the previous Epic Innsbruck, Nico Metz is the founder of Delayon Eyewear and is part of the Avalanche Commission in Tirol. Originally he came from Hamburg and now he lives in Innsbruck.

Getting up close and personal with FPV Race Drone Footage

We had the pleasure of race drone pilot tagging along for the ride. Paul Kuhn has been racing drones for a few years now, and strapping a camera to it means that we can now get fantastic footage from incredibly close to the action. 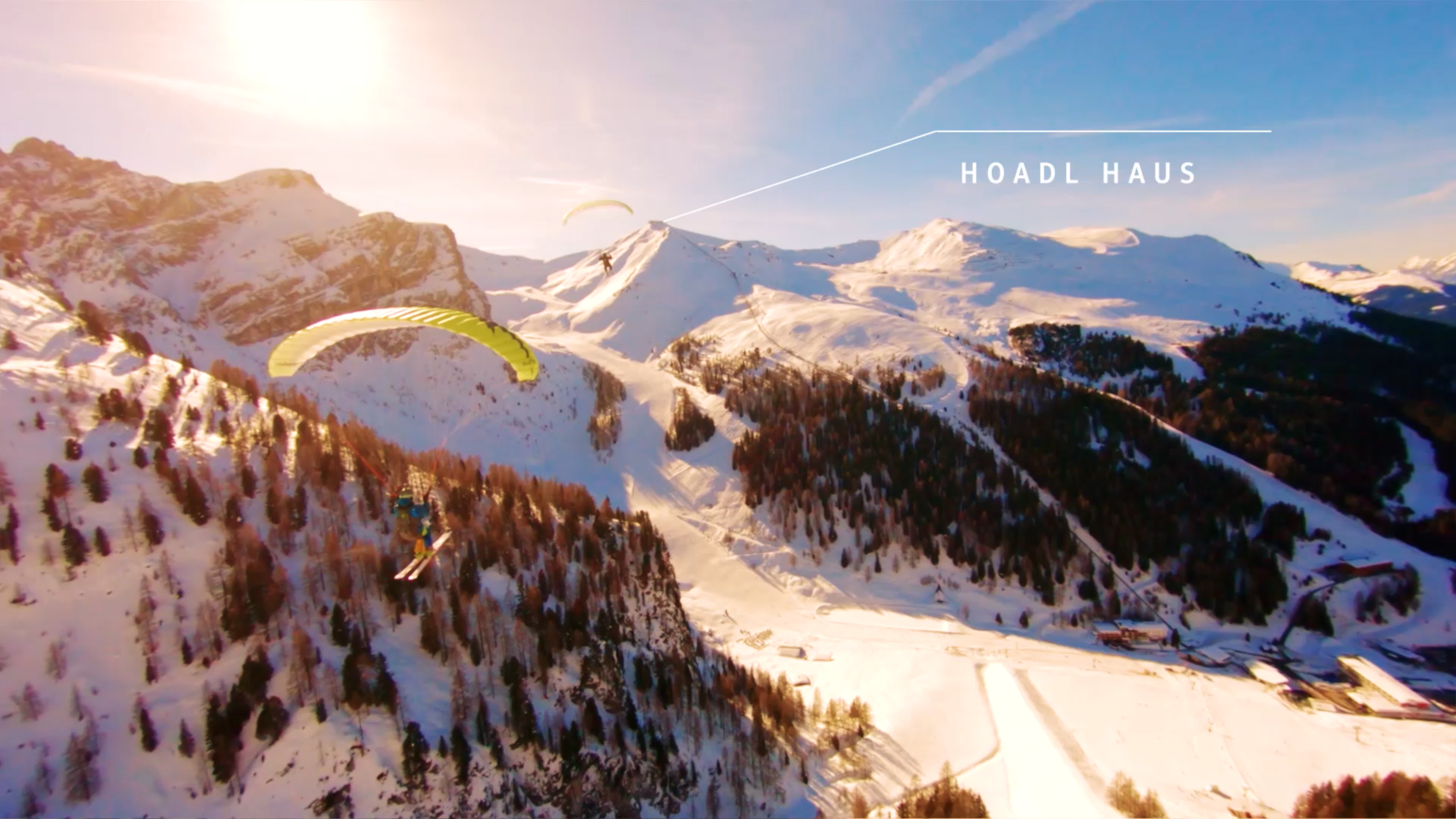 Paul Kuhn flying the race drone as close as possible.

Now you feel like you’re part of the video, bringing the epicness up to a new level.

It is important to get inspiration from as many sources as possible. I get it especially from the mountains and the people in this area. I also get loads of inspiration from others in the film and mountain sports industries, one of whom released a movie this year called TWENTY – An accidental history of freeriding by Guido Perrini.

Guido focuses on the power of the mountains that he and his colleagues have experienced over the last 20 years, and asks the question: is it worth it?

I sent the link to Nico, because we are in the middle of creating an avalanche safety video together, and this movie has some incredible footage and insights on the subject. They also covered the idea of flying athletes to the peaks with a motored power glider, which inspired Nico. 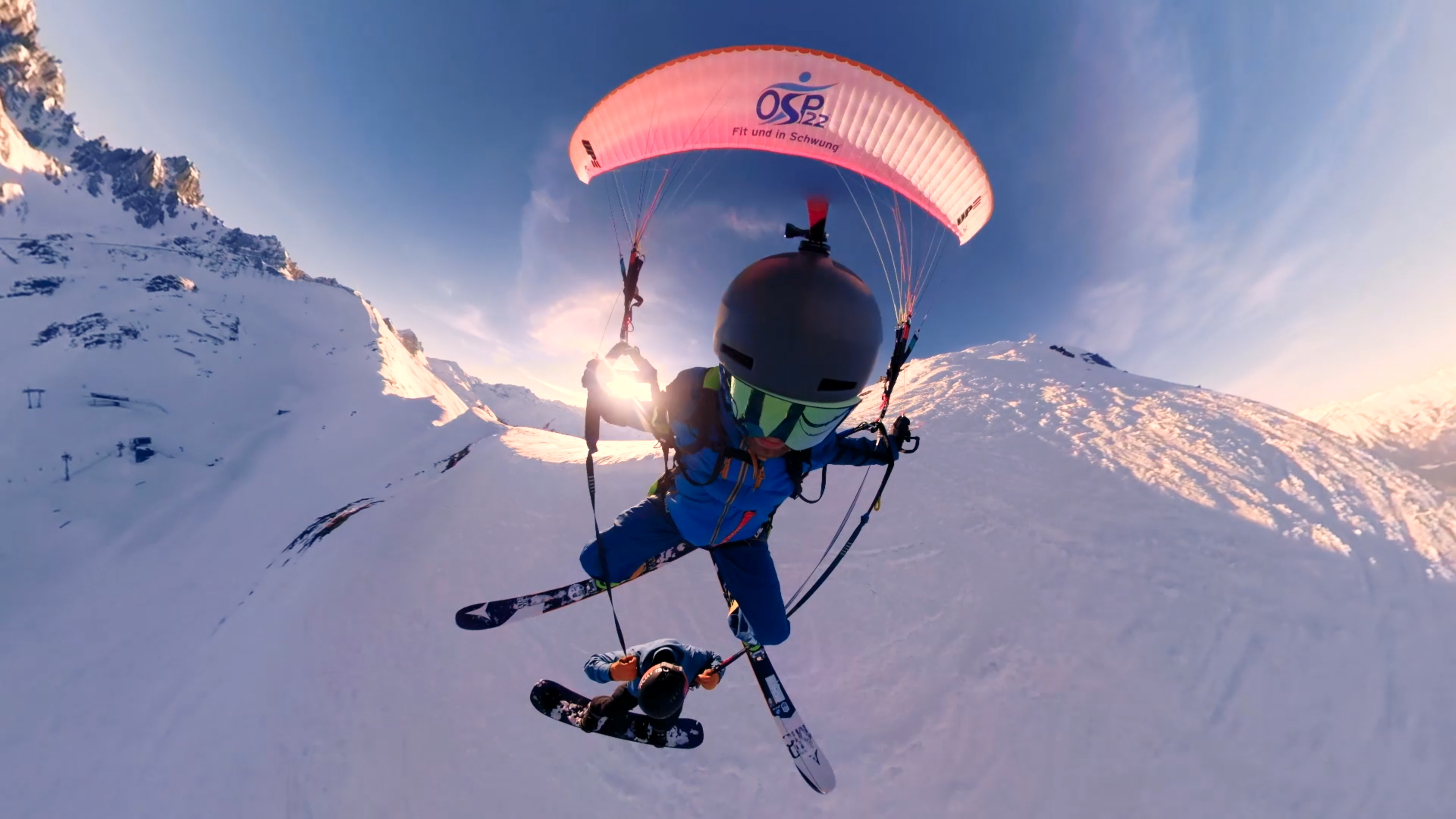 Nico thought of the idea of Simon flying him from one part of the mountain to another. I checked with Simon if this was possible and he said yes, so we tested it out, evaluated the risks and went for it. Check out this latest Epic Innsbruck episode (video above!) to see how it went down – literally.

Thanks to all who followed our journey this winter; it was absolutely fantastic! Epic Innsbuck will now move into spring and summer related activities, showcasing amazing athletes in fantastic locations, doing what they do best – epic!

See you in the next episode! 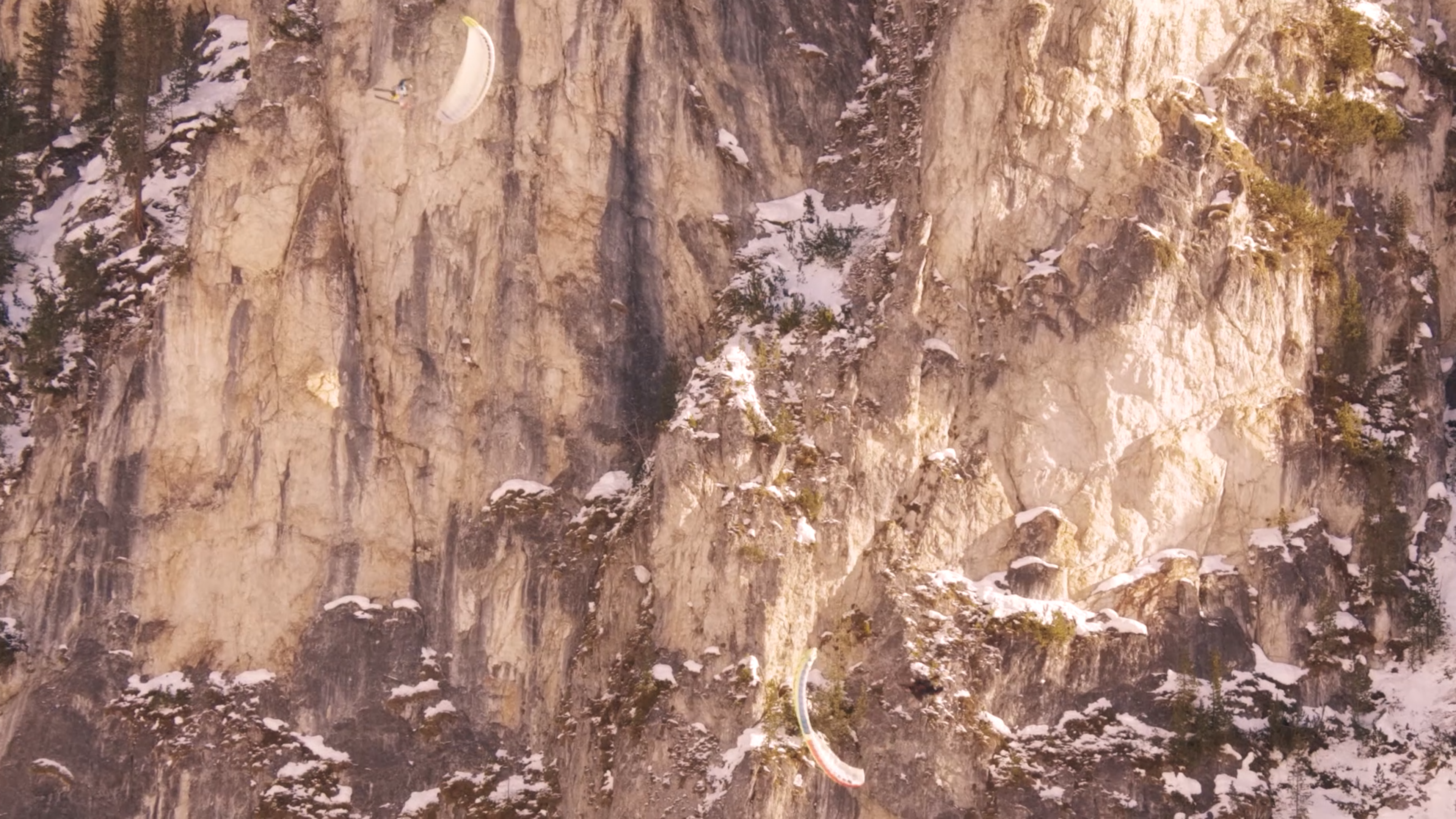 Justin and Simon speedriding down a cliff face at Axamer Lizum.

Speedriding and freeriding in uncontrolled offpiste terrain can be extremely dangerous – do so at your own risk. This film was produced with highly trained and experienced athletes with the necessary avalanche safety and first aid skills, knowledge and equipment. Permission from the local club/land owner/area must be obtained before any type paragliding, speedriding, speed flying etc. – strict rules and laws apply.