A Stroll Through Time

One thing I really like about Innsbruck is that it is really hard to get lost here. Sandwiched in between a northern and a southern mountain range and with visible landmarks all over the city, it is easy getting around and meeting up. If you’re looking for something to do, I suggest you take a short stroll up towards the Bergisel ski jump, the Bergisel park and the Tyrol Panorama, it’s worth the ‘hike.’ 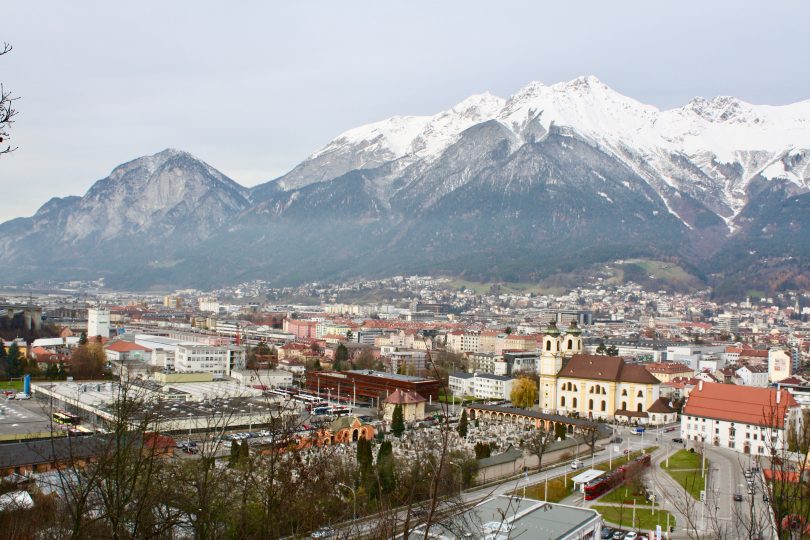 Just a short stroll uphill and you’ll find yourself enjoying the view!

Now, don’t get nervous when I say things like… mountain or hike, because the trek up to the Bergisel park and Tyrol Panorama is not particularly windy, steep or difficult, actually it’s a lovely walk and the view is to die for, looking over the entire city. Regardless of how much time you have spent in the city of Innsbruck you MUST have heard the name Andreas Hofer, whether it be in the Court Church, the street names around town or one of the many other locations. He is the hero of Tyrol, most famous for leading the Battle of Bergisel against the Bavarian and French occupiers during the Tyrolean War of Liberation from 1809. But enough history, let’s get to the park! 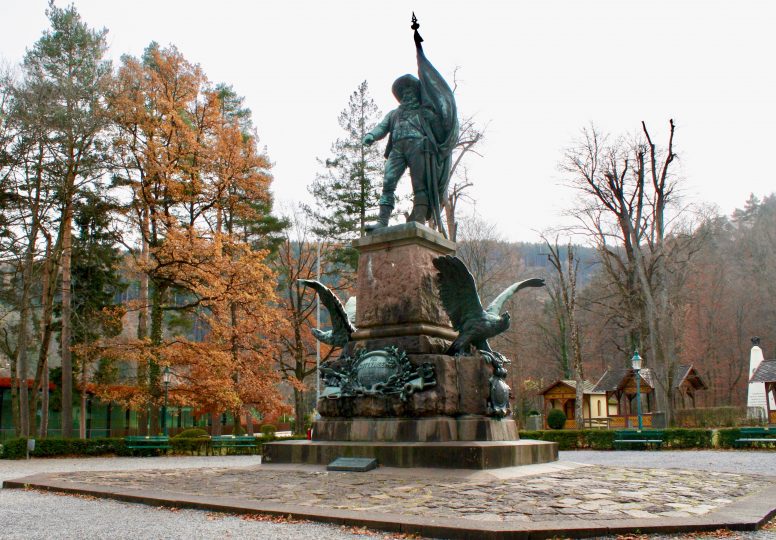 The Andreas Hofer Monument is at the center of the park, with everything else radiating from it.

With a rather large statue of Andreas Hofer in the middle, the park radiates out from him at the center. Scattered around the park are memorials to the Battle of Bergisel, and the fallen soldiers, but it doesn’t seem like a sad place. The gorgeous view, inspirational memorials and the park in general has an uplifting feeling rather than a morose one. It is grand and elegant with gravel paths leading you around the area, and grassy areas too, with benches scattered around to have a sit after the trek uphill. Make sure you don’t sit down too long and forget to make your way over to the outlook gazebo between the Tyrol Panorama and museum. 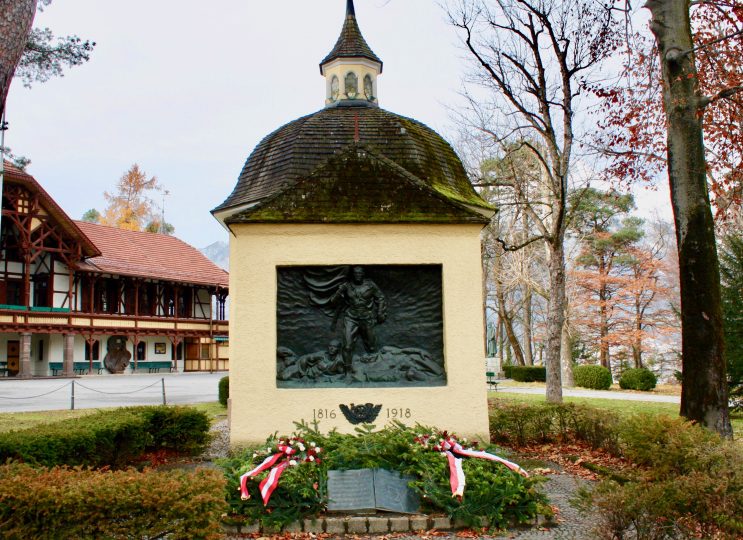 One of the many monuments around the park dedicated to the Battle of Bergisel.

Peek into the Past

The Tyrol Panorama is exactly what it sounds like, it is an absolutely massive panoramic painting of Tyrol, which commemorates the 1809 Battle of Bergisel, fought on that exact spot. The canvas painting covers 1000 square meters in area depicting the battle in 360-degrees displayed in a round room built with the sole purpose of displaying the work of art. The painting was created in 1896 and is truly a sight to behold. You can combine the panorama with the Kaiserjäger Museum (Museum of the Tyrolean Imperial Infantry), if you want to dive more into the history of the time and the battle of Bergisel, the two are attached via an underground passage. 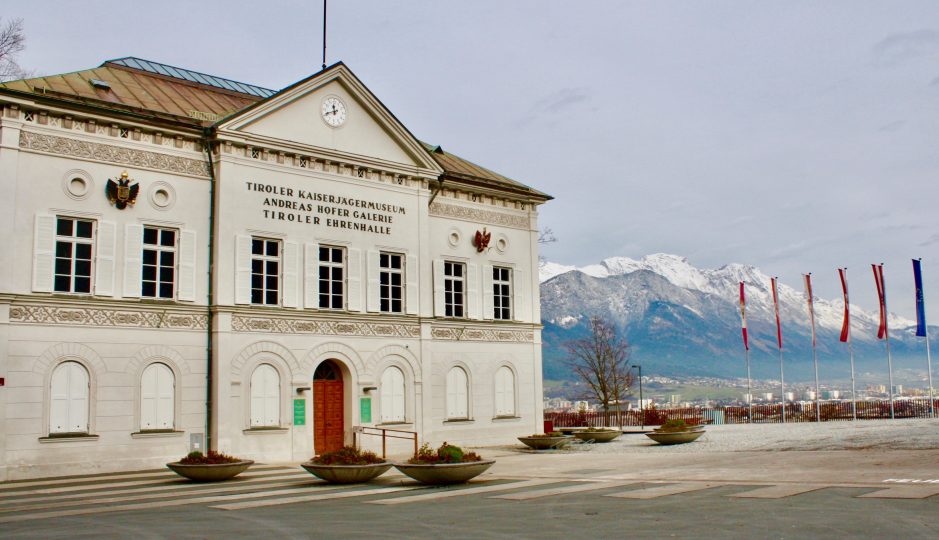 The Museum of the Tyrolean Imperial Infantry perched on the ledge, make sure you head around to the gazebo!

From there you can go further up to take a closer look at the iconic Bergisel ski jump, or head back down to town to enjoy the rest of your day elsewhere.

PS: Attached to the Tyrol Panorama is a great restaurant, “1809”, pop in for a bite to eat or a drink before heading back down the mountain. 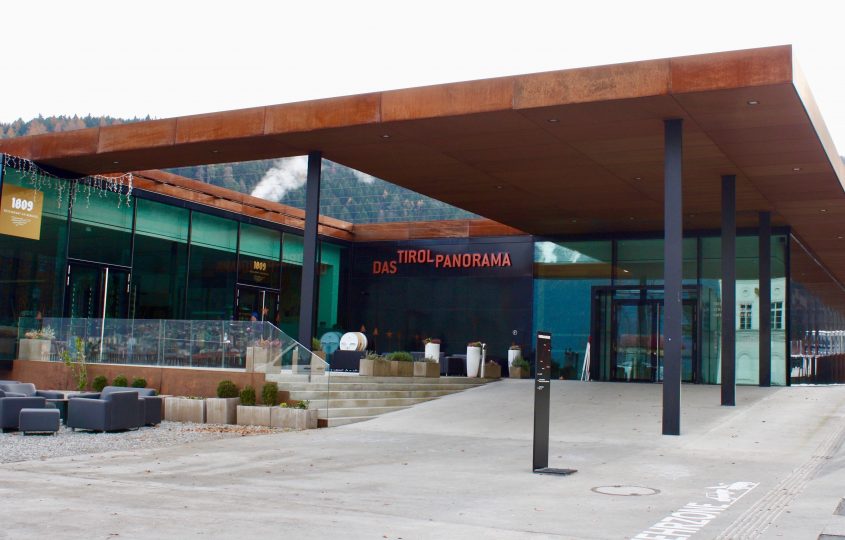 The most beautiful time of the year? Quite clearly: vacation! Whether it's spring, summer, fall or winter,…

It’s getting colorful! Innsbruck in autumn – a photo love story

Innsbruck is wonderfully beautiful in all seasons, but autumn is my absolute favorite time of year. The…