Innsbruck is home to many music festivals. I’ve had the pleasure of attending a few like Air and Style and Weltfest. Heart of Noise Festival was the most recent and the most entertaining as of yet. Before I go on, I must admit that I am not a music festival type. Generally, I associate that term with hippies hula hooping, people dressed in neon while sucking on pacifiers, or tons of people camping out for a week – and smelling like it.

This however, was a totally new and unexpected experience for me. I went into it expecting an “electronic” music festival. I was worried because I don’t know the difference between trance, techno, drum and bass, or any other sub genre that is categorized within the ridiculously broad term that is electronic. It all sounds like lasers, redundant bass or a really long intro to a song that never starts.

The name should have been a dead giveaway as to what I was about to experience. The artists were all on another level. It was grungy, funky, trippy and yeah, flat out weird at times. I have never witnessed such an eclectic mix of music, and sometimes noise, wrapped up in one event. I’m going to go out on a limb and guess that some of the performers were trying to make you think instead of entertain you with riffs and melodies. I will try my best to explain what I witnessed, but you won’t understand unless you were in attendance. Walking into one performance, it felt like I interrupted a religious cult gathering, or maybe we were all about to be abducted by an extraterrestrial spaceship. This performance was X-Files mixed with Stranger Things. 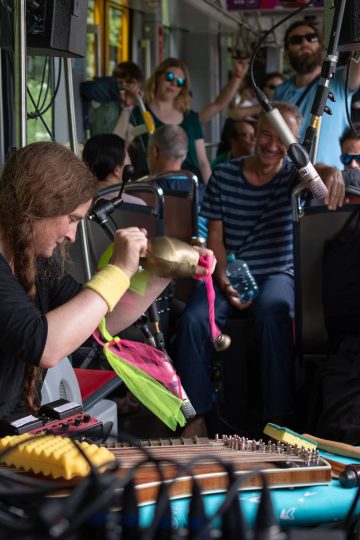 Heart of Noise got everyone tripping on a Tram

Adding to the eclectic vibes at Heart of Noise, the venues were as different – and random – as you could imagine.  A tram, rooftop, basement, movie theater, and even a royal garden hosted events. How’s that for diverse? Treibhaus hosted most of the events in their basement and tower settings. 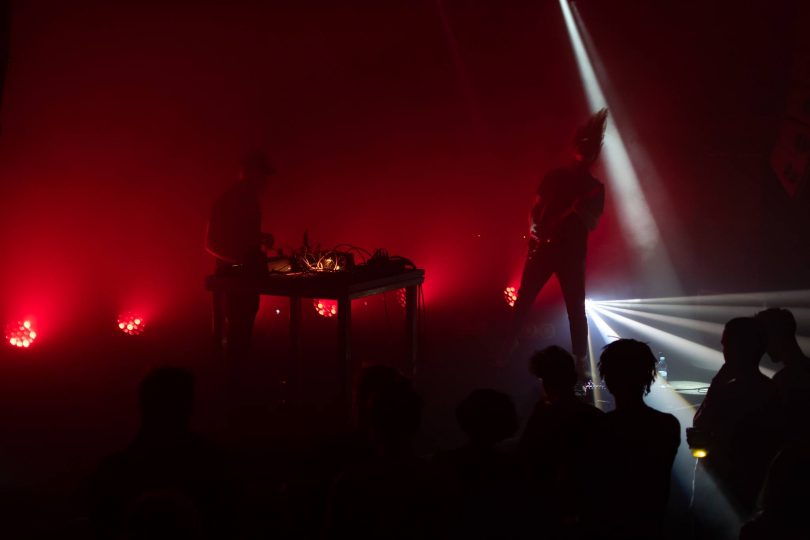 Glenn Underground and Juan Atkins killed on the tables. After the Juan Atkins performance, the crowd erupted, demanding an encore. The next day Bliss Signal cranked out 10 percent metal, 10 percent techno and 80 percent noise in an what I assume was an effort to make contact with extraterrestrial life. Lissie Rettenwander created music by looping clicks, ticks, tocks, vocals and ambient sounds while riding around Innsbruck in a VVT/IVB tram. That was a trip.

I will definitely be attending this event next year. It’s a great mix of music, cultures and people. I especially loved the people-watching. I spent lots of time lurking (creepy, I know) above the crowds or at the stage looking back into the crowd. It was very interesting watching how people enjoy these types of music. There was headbanging, swaying in a trance, and just flat out having a great time to the beats. I even got in on the fun and danced as silly as I know how to, I was feeling it. One thing is for certain, no one can ever tell you that you’re dance moves are off. If you attended the event, tell us about your favorite performances in the comment section!

Photos provided by Heart Of Noise