I’m not gonna lie guys, when I first heard that the Ranggen parish church claimed to have the most beautiful sacristy in all of Tyrol, my first thought was…. Where is Ranggen?? I’m not the strongest when it comes to Tyrolean geography, which makes this work fun, there is so much to discover and explore in my own back yard! This time my adventures brought me to the church of Ranggen, located just west of Innsbruck. 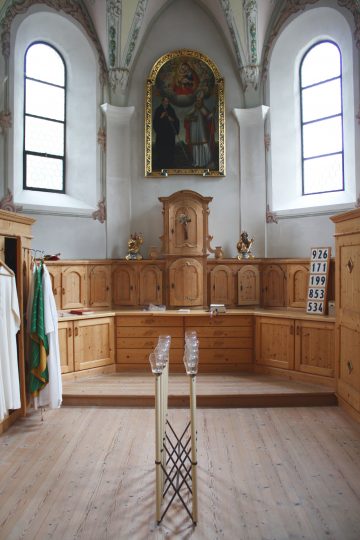 A view from inside the sacristy.

Ranggen is probably best known for it’s hiking, bolstering a mountain almost 2000m high, but this is not another article about hiking, or the numerous outdoor sports you can partake in around the Innsbruck area, this blog is about their church, and self-proclaimed, ‘’most beautiful sacristy in Tyrol.’’ Don’t worry if you didn’t know what a sacristy was, truth be told I’m not the most religious person in the world so I’ll save you the google search. A sacristy is a room in or attached to a church where sacred objects/religious robes are kept. The unusual thing however about the sacristy in Ranggen is that it was once the main church. In the 14th century the first church was built, later, instead of tearing down the original church to build a larger one in its place they started construction just next to it, a few meters away. This “new church” was in use until in 1775 they decided to make ANOTHER church adding on to the (now) sacristy and creating the church of today in Ranggen. So the “first church” is now only used for funerals, the “second church” was transformed into the sacristy and the “third church” is used now as the main church…. Which is complicated to say the least. 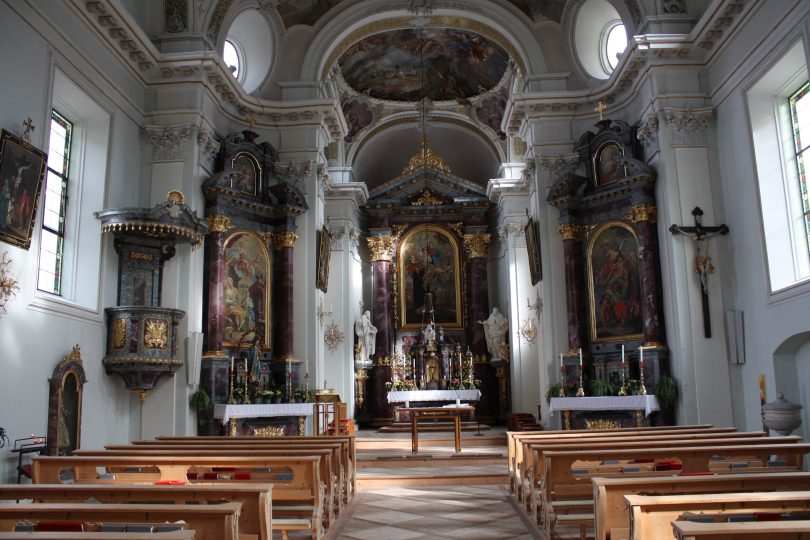 The final addition, here is the inside of the main church. 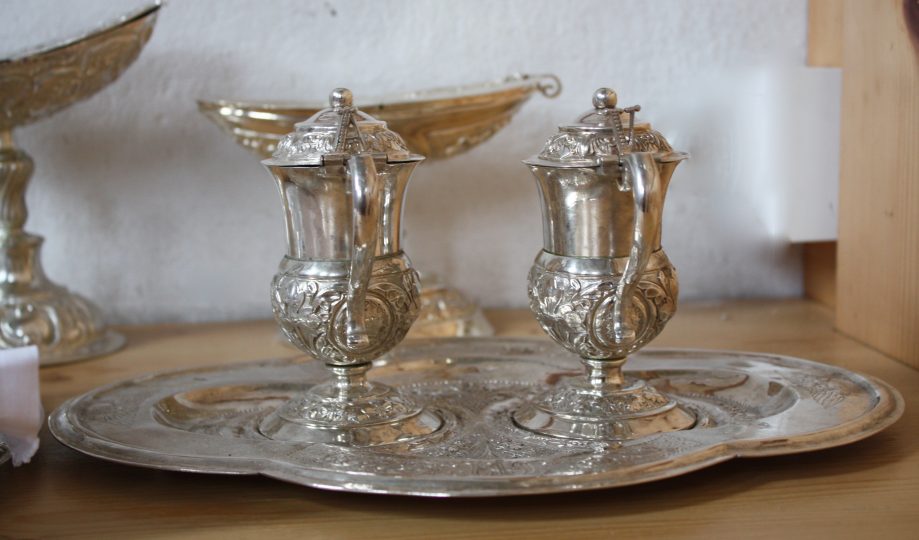 Inside the sacristy you can find the church robes, beautiful artwork and several sacred Instruments.

The church in Ranggen doesn’t seem particularly large or imposing, it is a modest village church, in the baroque style decorated with frescoes and a good amount of gold to accentuate the interior. When I walked into the sacristy, I was impressed with all the detailed and beautiful frescoes on the walls.  The room is quite high and the two windows, that encompass another piece of art, gave the room a special ambiance. Is it the most beautiful sacristy? Well, that is hard to say, beauty is, of course, in the eye of the beholder, and it does have the advantage that it was built to be a church and then turned into a sacristy, I don’t know if it is the MOST beautiful, but it certainly is a special one. There is so much history to discover and you can definitely feel that when you’re inside.  The piece I really enjoyed was the fresco which depicts the oldest view of Ranggen, and if you look closely you can even see all three churches. It was painted by Christoph Anton Mayr in 1753. 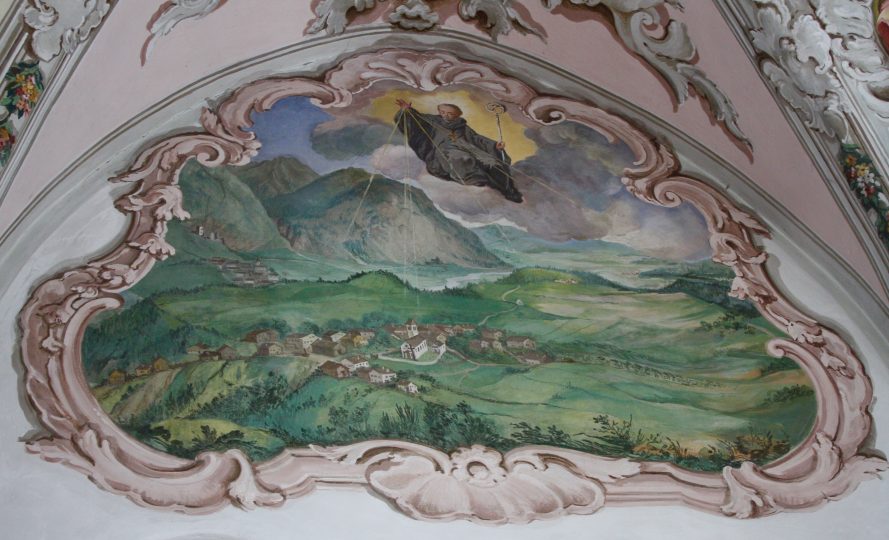 Look closely at this beautiful fresco painted by Christoph Anton Mayr in 1753 to see the churches of Ranggen!

Quite frankly I have not seen the majority of sacristies in Tyrol, so it’s hard for me to say without a doubt that it is the MOST beautiful in allllll of Tyrol, you’ll just have to visit and decide for yourself! It’s worth the trip! Make sure and ask for your own personal tour of the sacristy! 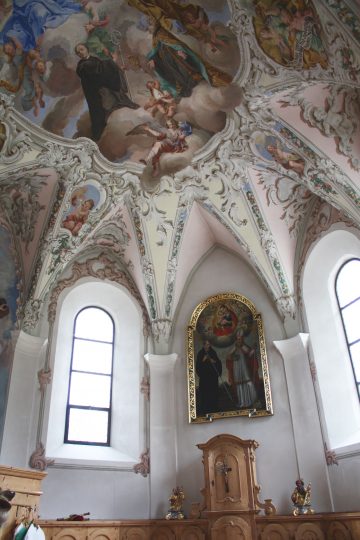 A view of the gorgeous artwork on the ceiling of the Ranggen sacristy.