Innsbruck welcomed the new year with the Four Hills Tournament at the Bergisel. The Four Hills Tournament is a World Cup ski jumping competition that has taken place in four Austrian and German locations since 1952. In its 66 year history, only two athletes have accomplished a “Grand Slam” by winning all four events. Sven Hannawald from Germany was the first to achieve this feat in 2001-2002. Kamil Stoch from Poland succeeded in winning the Grand Slam this year [2018].

UPDATE 2020: the Four Hills Tournament will take place in Innsbruck on the 3rd and 4th January 2020. More info HERE and tickets HERE. 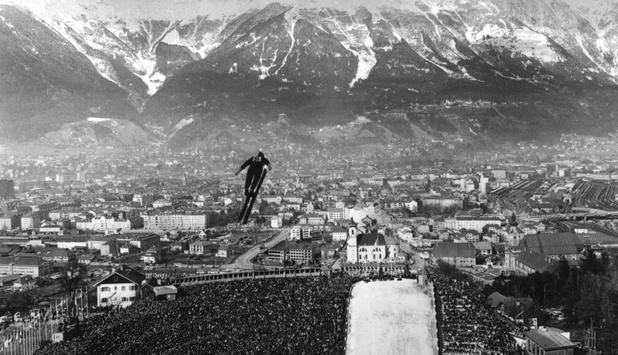 Spectators were stoked for the competition despite the dreadful rain and cold. After tournament favorite, Richard Freitag, suffered an injury, it seemed Kamil Stoch had secured a victory at this event and overall tournament. Even though the local athletes performed poorly, the home crowd remained raucous. Daniel Andre Tande from Norway finished in second place, his best jump went for 129.5 meters. Third place finisher Andreas Wellinger from Germany landed the best jump of the day at 133 meters. Michael Hayboeck was the best Austrian athlete at the event, finishing in 10th place. In addition to their impressive performances, Junshiro Kobayashi from Japan continued to perform as well as he has the entire season.  After all four events Kamil Stoch, Andreas Wellinger, and Anders Fannemel finished at the podium in respective positions. 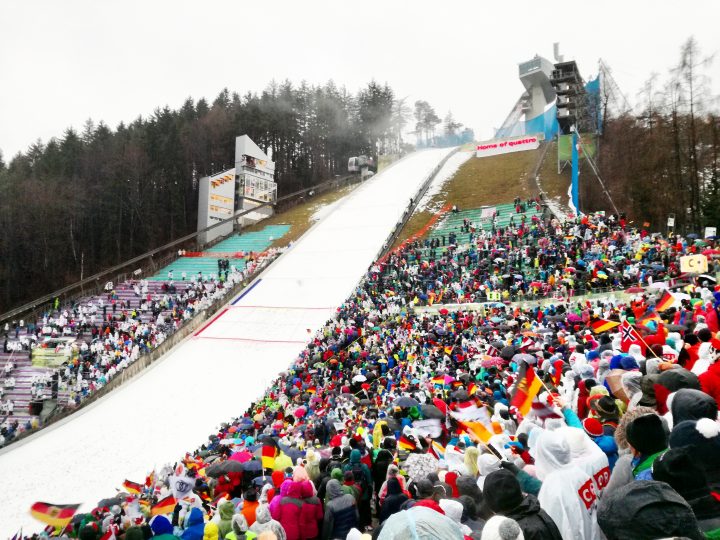 The crowd at Four Hills Tournament

My Experience at the Four Hills Tournament

Arriving at the Bergisel was somewhat easy from town. The tram number 1 goes from the center of the city. For some reason, I expected the tram to stop at the venue. After spending so much time in Innsbruck, I should have known better. Locals have taught me to expect a hike with just about any experience here. Ski jumping fans were huffing and puffing all the way up to the venue. That would have been funny had I not been huffing and puffing harder than anyone else. After acclimatizing within the boisterous crowd, I really go into the excitement. Looking back, I should have purchased one of those vuvuzela horns everyone was blasting, but I’m really trying to avoid single use plastics this year. 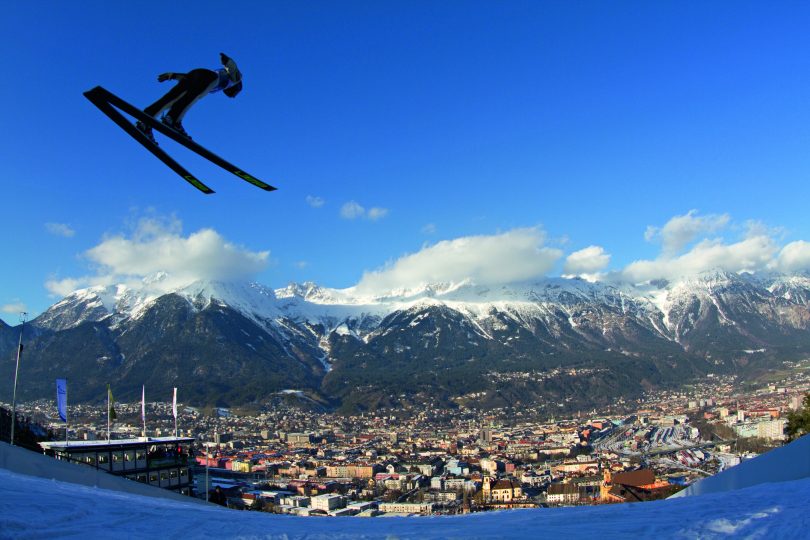 The view from Bergisel