Although I was brought up with sunshine, extensive heat and the sea, I did take a liking in winter sports and activities in Tirol. Innsbruck is a sport driven city after all, and especially in winter, things go crazy around here. You see more people with ski pants, goggles and boards than normal dressed people; even in the city center. Nevertheless, even if you’re not a big fan of snow and slopes, there is ONE THING that you would definitely like. And that’s tobogganing, sledding or rodeln (in German). 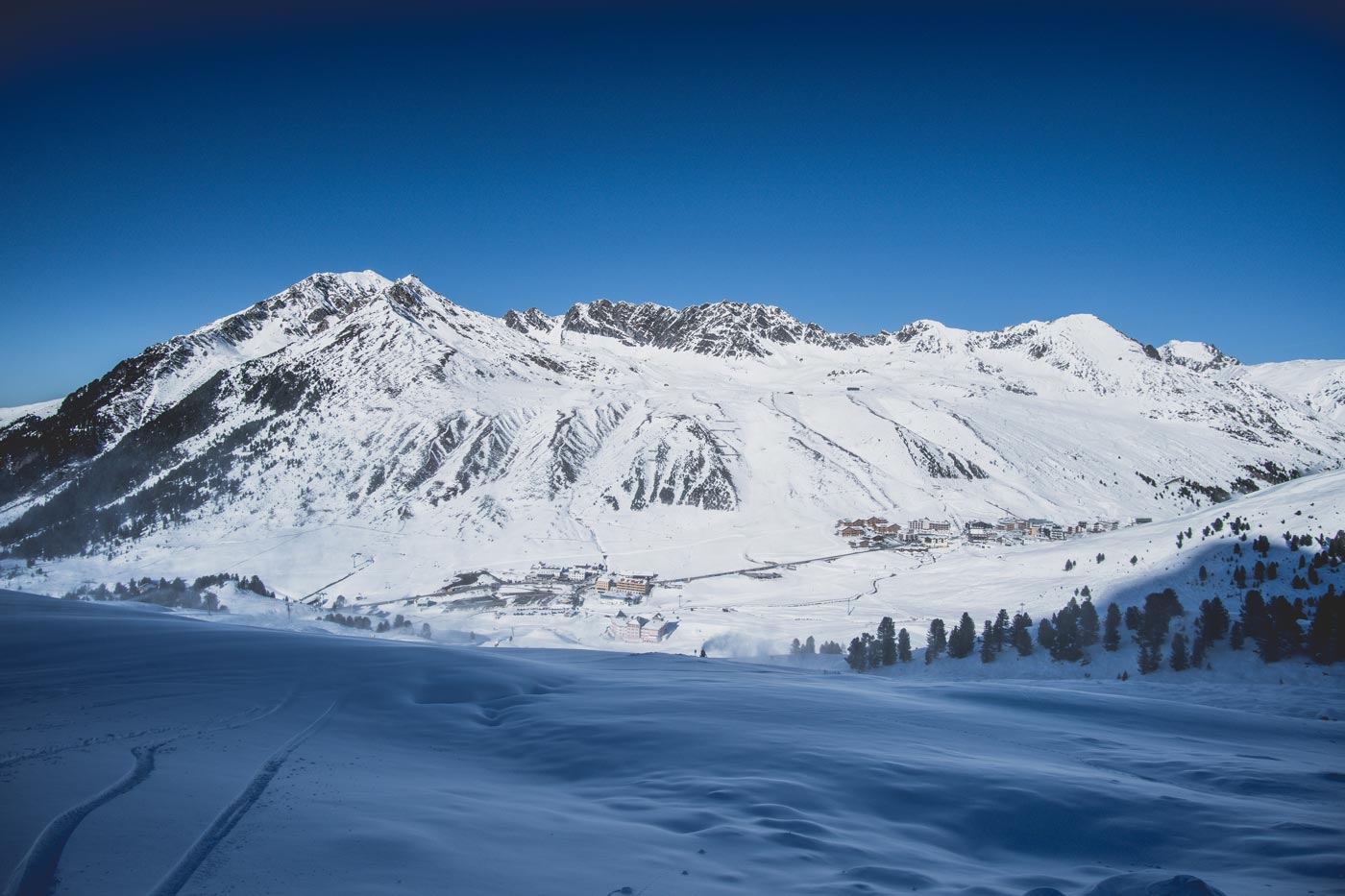 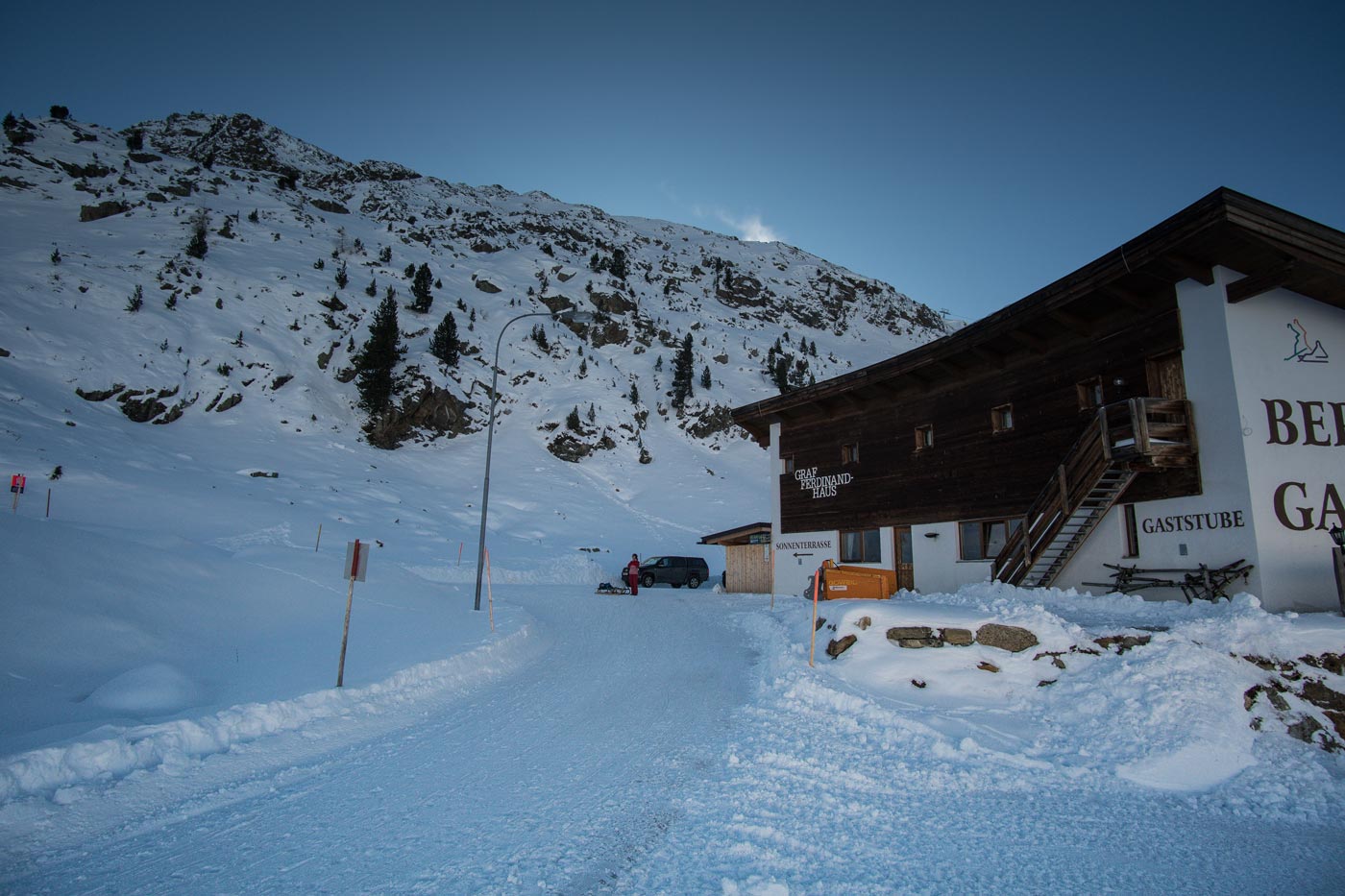 Winter this year has been colder and snow did come earlier. Or should I say on time? You see the previous three or four years things were not as “cool” as today (pun intended). The winters were actually quite warm and snow wasn’t around until after the Christmas markets closed. I know, right? Terrible! In any case, in order to properly slide down a rodelbahn you need proper snow. The one in Kühtai, opened quite early this winter, because the area there had plenty of snowfall. 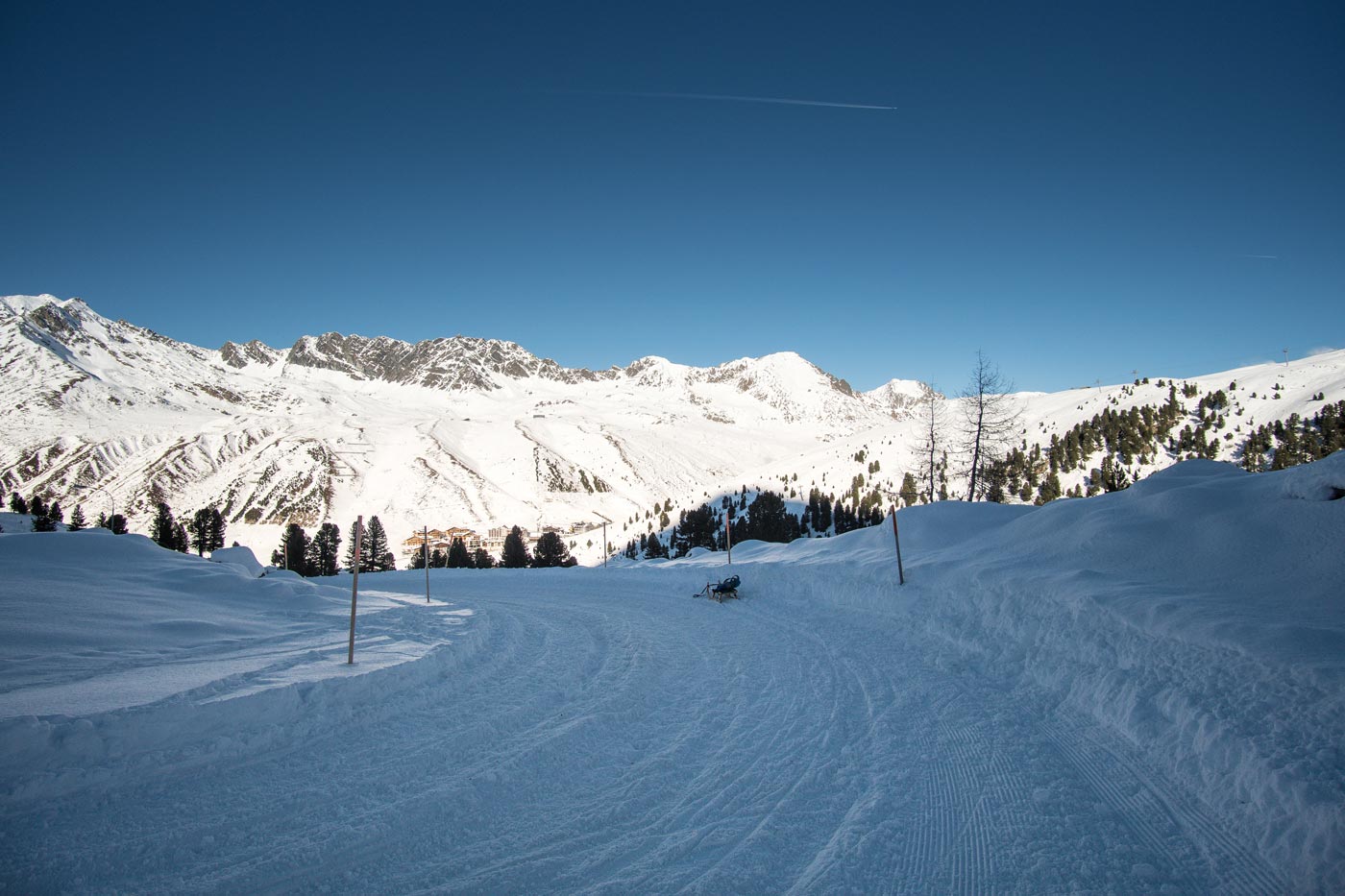 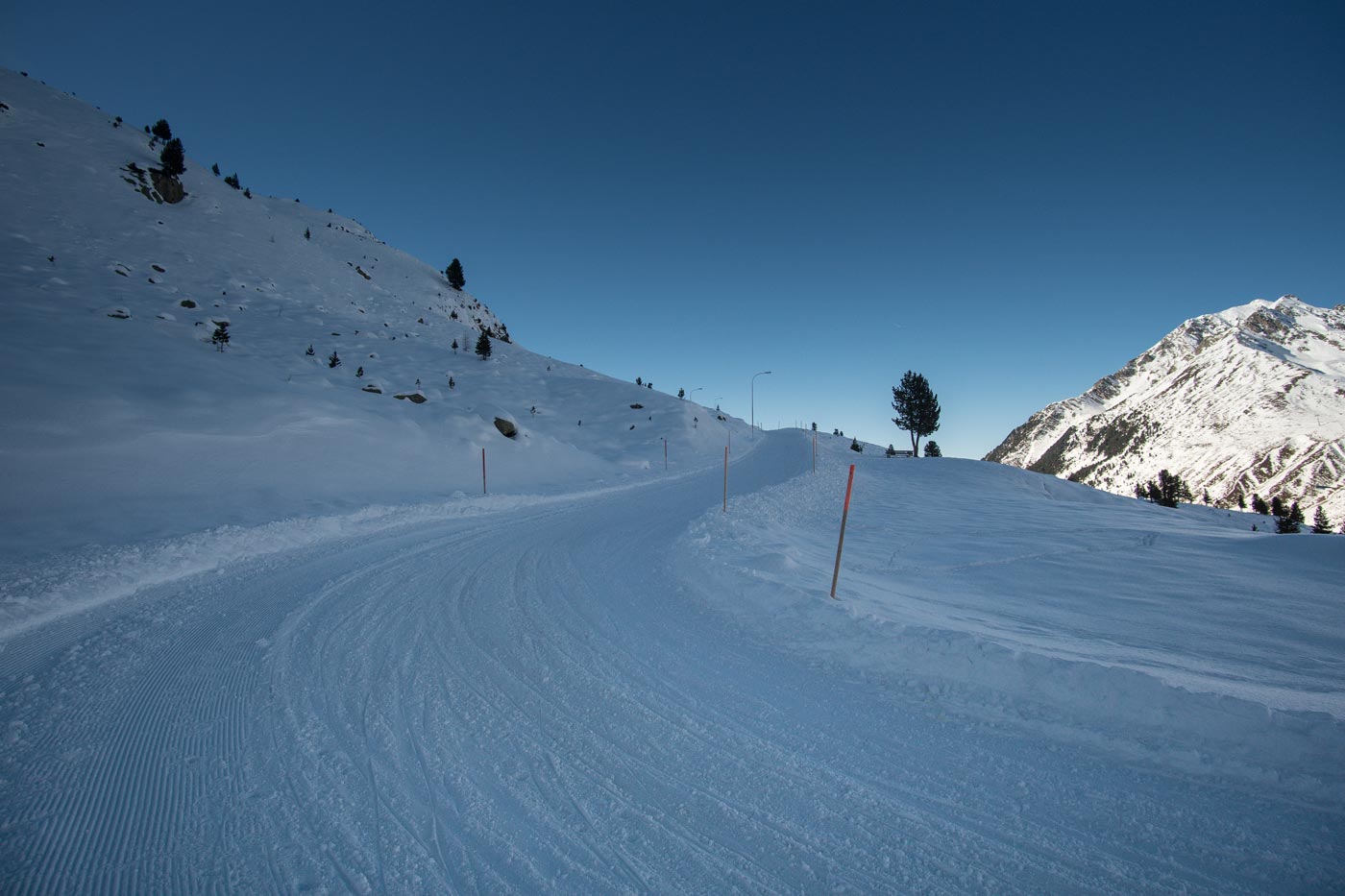 Half way from the top © Paul Pastourmatzis

Kühtai is located at an altitude of 2,017 m and, since it’s close to glacier teritory, it tends to be quite snowy and cold. Also the rodelbahn is positioned in a way that there’s not much sun hitting it during daytime. This means that the snow doesn’t really melt and it’s easily preserved and maintained. This also eliminates the danger of ice. You don’t want to sled on an icy rodelbahn. It’s length is 2.5 km, which is nothing too exhausting; you need approx. 50 minutes to walk up – and it takes you five minutes to sled down! There’s also an option to “taxi” up to the top, but you’d have to book that and it’s available only after 16:30. One more cool thing about the Kühtai rodelbahn is that it’s open during the night, with street lamps lighting the whole way up or down. So if you haven’t been tobogganing during the night, that should definitely be on your bucket list. There’s plenty more tracks to do this at night, but I guess that’s a story for another blog post. 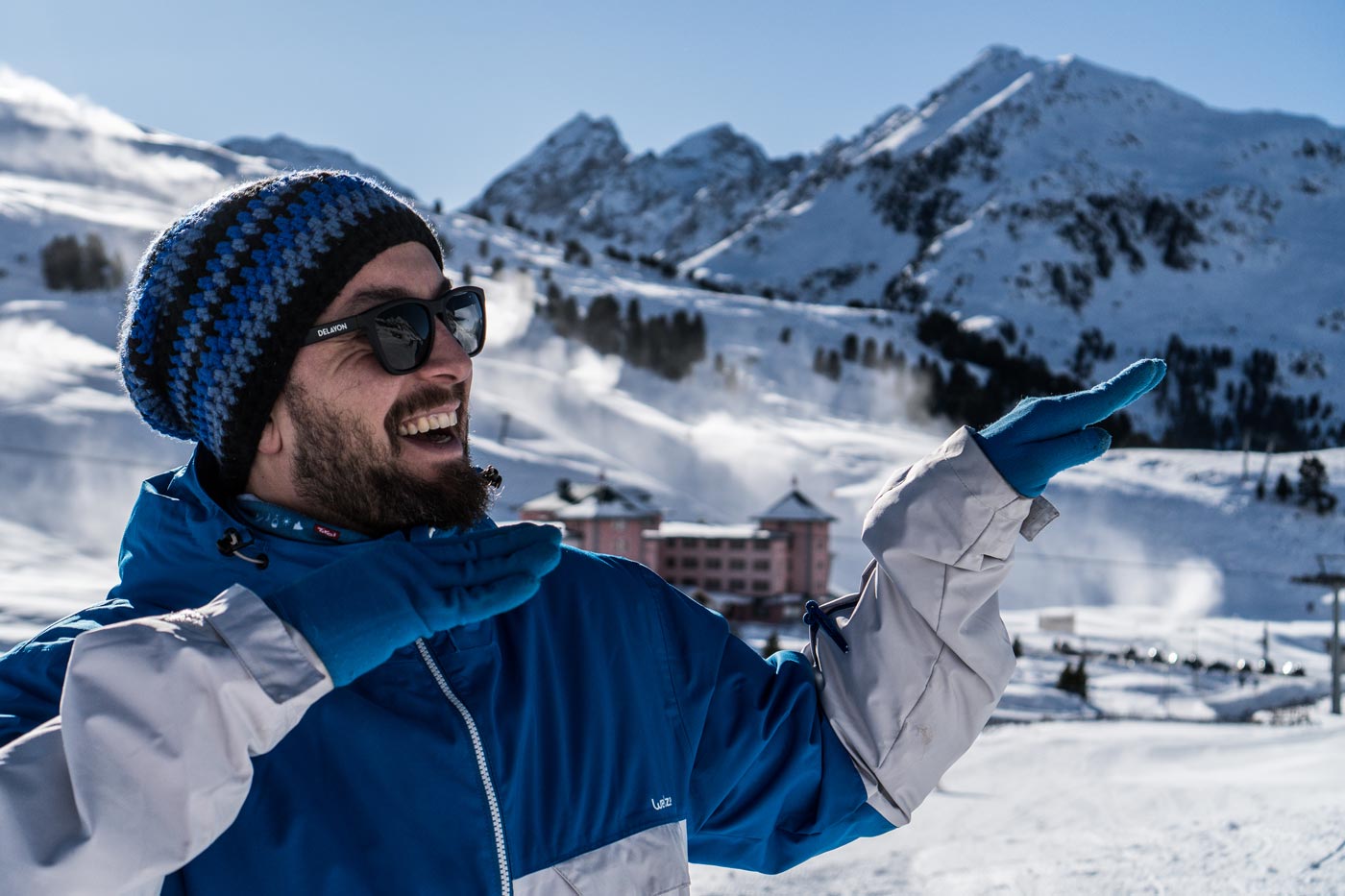 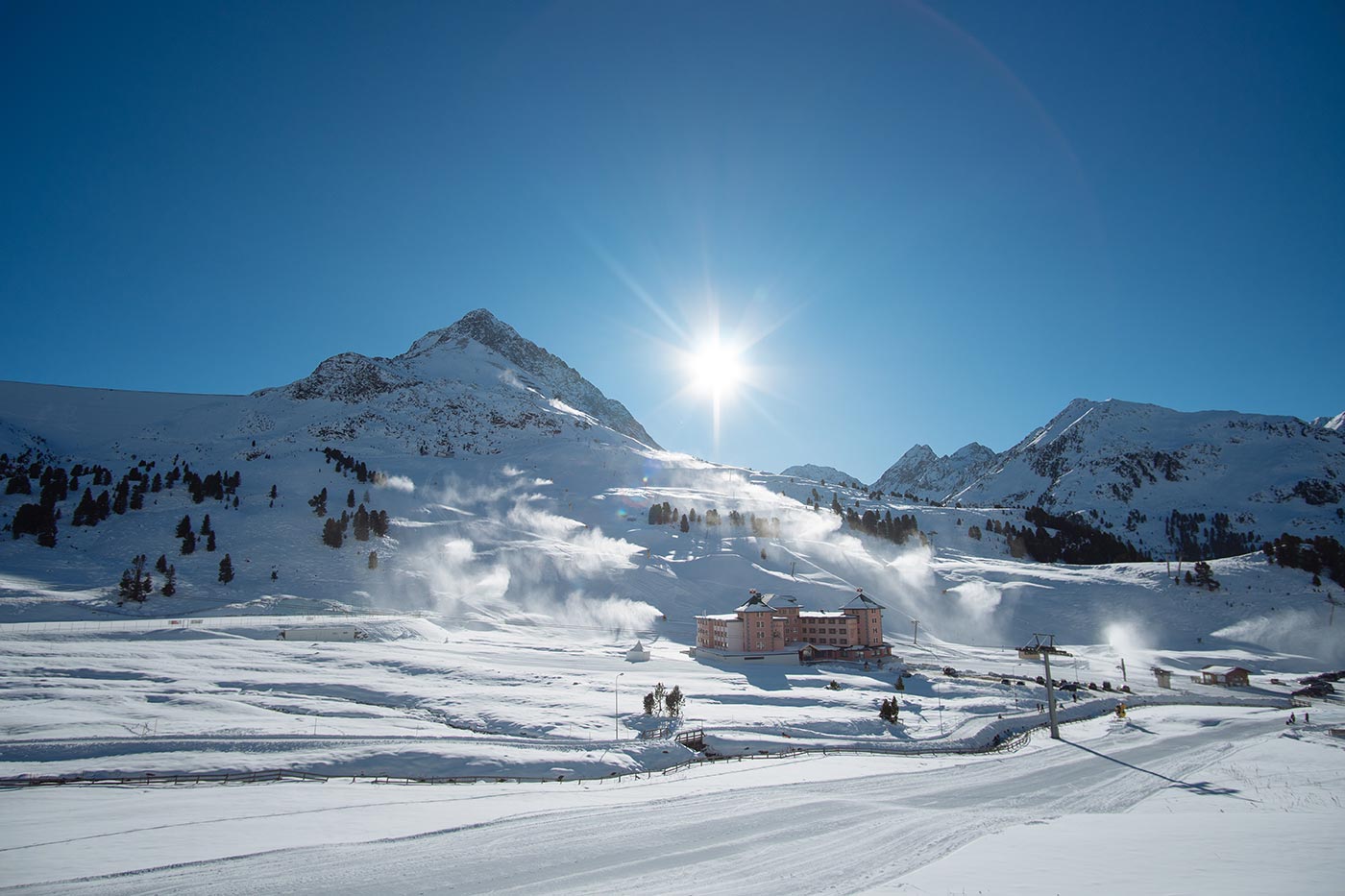 After having a great day, it’s time to go back home © Paul Pastourmatzis

Last but not least, here’s some more information on cool things to do around the Kühtai area. You should also check out some other locations all over Innsbruck. Also, if you feel like watching some more of that Innsbruck, Tirol and the surrounding locations’ visual sweetness, you can check out my YouTube channel, where I (almost) frequently post short films of my experiences and travels.