Via ferrata around Innsbruck

Climbing on steep iron ladders, protruding clamps and pins along a fixed anchored rope route is a real pleasure for those who like to move on the rock, but do not want to climb on the rope. With a via ferrata set, consisting of two carabiners connected to the climbing harness, one hangs from anchorage to anchorage on the rope. You secure yourself and can decide for yourself which holds to use. If the strength leaves one nevertheless times, one sits comfortably in the belt and latches. The simple system and the good facilities are some of the reasons why especially easier to moderately difficult via ferratas have become increasingly popular in recent years. Also around Innsbruck. 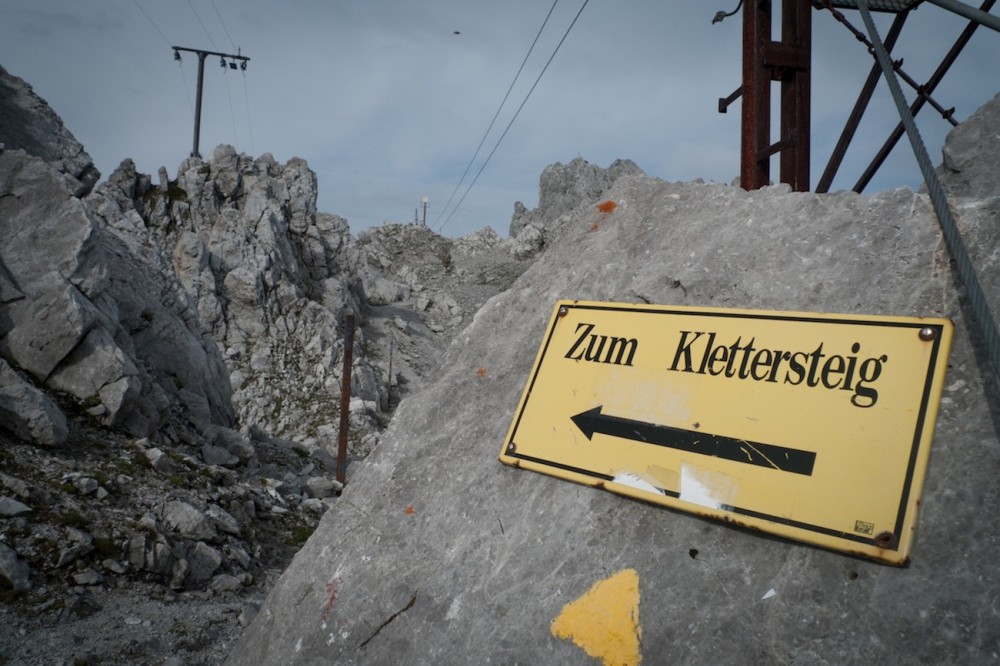 Via Ferrata, the iron path through the mountains.

Around the Tyrolean capital of the Alps there are a large number of via ferratas. Some are particularly suitable for children (with additional securing), others offer fantastic panoramic views and summit experiences. And some are reserved for the climbing elite, such as the overhanging climb in the Martinswand directly above the Inn Valley.

Four of the most beautiful via ferratas in the immediate vicinity of Innsbruck and their special features: 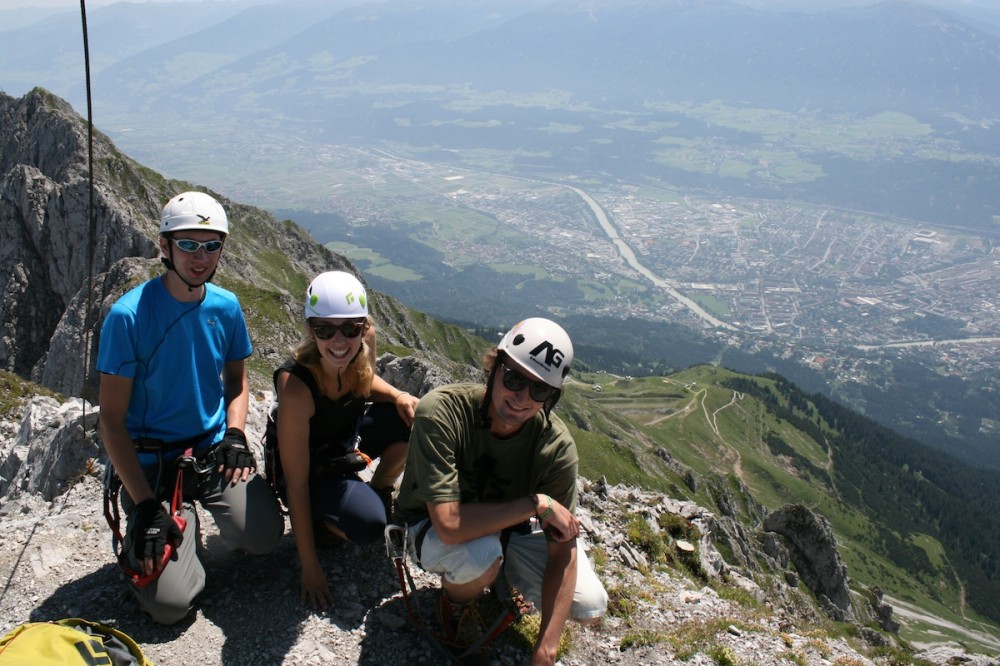 High above the rooftops of the city on the Innsbruck via ferrata.

The classic above the roofs of the city along the ridge. The via ferrata is well maintained and secured and is only released by the Nordkettenbahnen at the beginning of summer(check website beforehand) when conditions are right. Due to the exposure and altitude, where the weather can change quickly, you should pay particular attention to the weather forecast.

The Nordkettenbahn (special via ferrata tickets available) takes you up to the Hafelekar, from where you can make a short detour to the summit, or walk straight to the entrance about 15 minutes away. A steep entrance prepares you for the next hours of ups and downs to the long saddle – or for experienced climbers to Frau Hitt. Tip: If you do the climb early on a weekend in July or August, you can still go to the Flying Fox on the Seegrube afterwards! Those who prefer to avoid the rush, however, are advised to go on a weekday

New: Since June 2014 there is also a climbing arena on the Nordkette for those who prefer to stay on the rope. 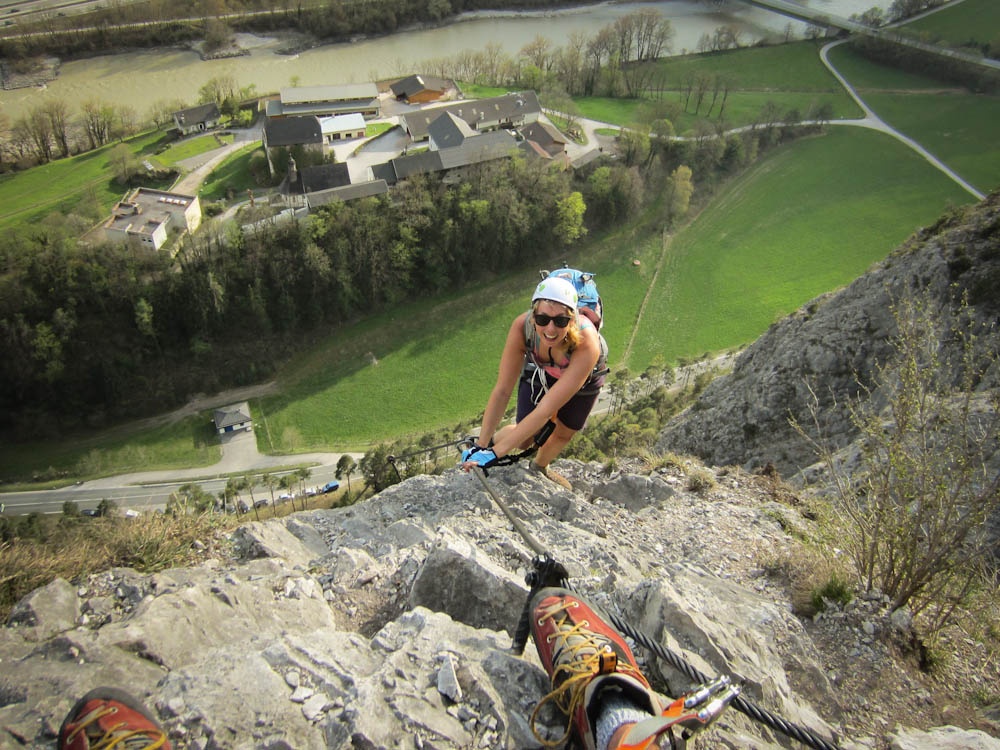 Apparently vertical descent into the Inn valley at the Martinswand. Photo: Peter Anegg

Among all the hunts, Emperor Maximilian loved chamois hunting the most. One day he climbed, like a chamois, into the Martinswand until he was quite scared and had to call for help: “If only they kemmaten!”

And so it happened that the starting point of this via ferrata is now called Kematen and the via ferrata was named after the emperor. Things are less dreamy on the Kaiser Max via ferrata, which is often well frequented and presents a decent challenge for beginners. The almost vertical ascent is rewarded with a wonderful view over the Inn Valley and the airport. Good to reach by bike from Innsbruck. Since the slope is very strongly oriented towards the south, it is recommended to take enough water with you in summer and to avoid the hottest hours of the day. In spring and autumn, on the other hand, the rock warms up quickly here and the via ferrata is passable almost all year round.

Absam via ferrata to the Bettelwurf hut, Karwendel 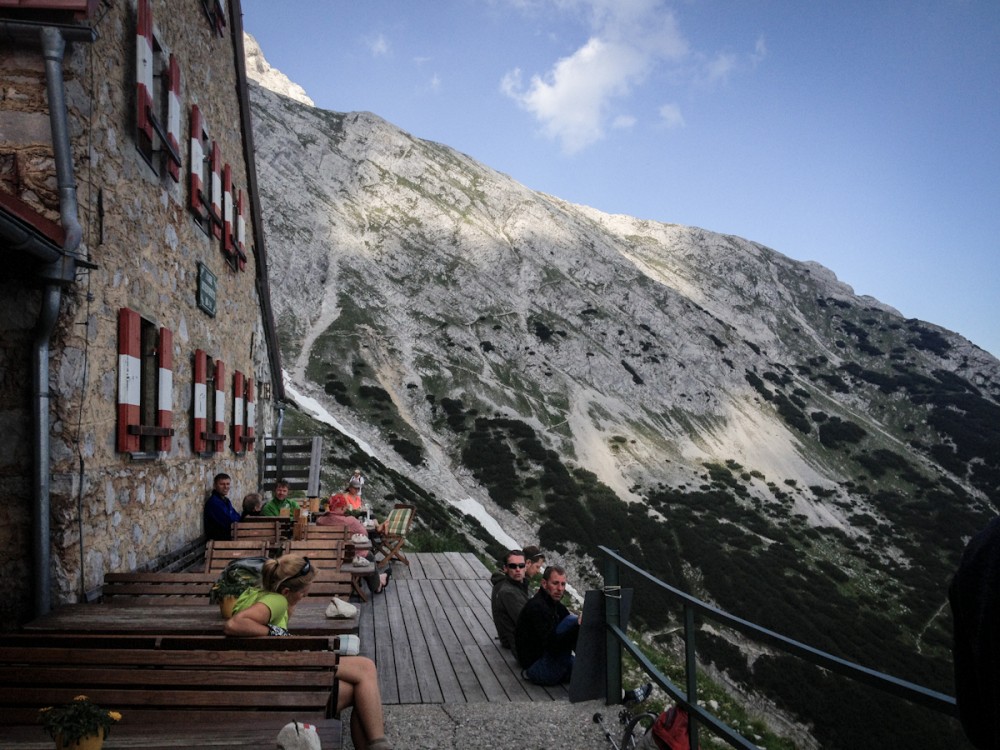 A worthwhile destination: the Bettelwurf Hütte in the middle of the barren rocks.

Only a few minutes by car from Innsbruck lies the Halltal, near Hall in Tyrol. Here, not only the hiking trail, but also a newly built via ferrata leads to the Bettelwurf Hut, spectacularly situated in the rocks. Tip: You should definitely reward yourself here with delicious East Tyrolean Schlipfkrapfen and a Karwendel spritzer!

Via ferrata: A-B, short C passage
Duration: 40min from the Alpenclub Scharte, to there 1-1.5h 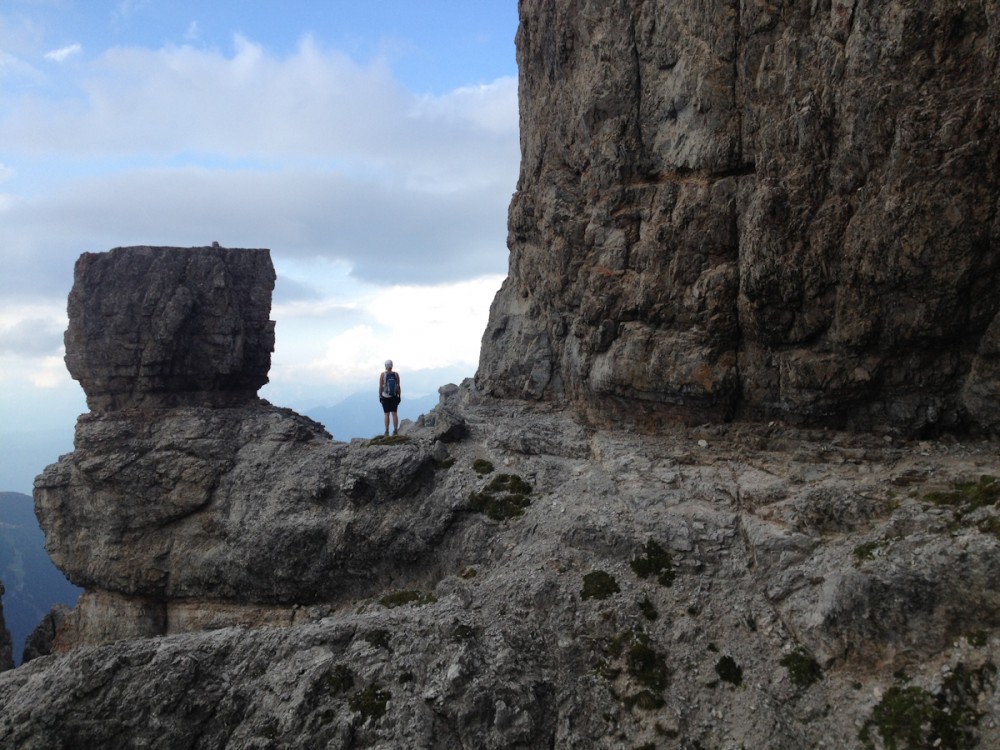 Welcome to the Wild Wild West.

Like in a Wild Wild West movie, you wind your way along the rope, sometimes to the right, sometimes to the left, past the rock towers up to the summit. From there you have a good view of the Serles and Lizum. On the descent (optionally with scree surfing), a stop at the Adolf Pichler Hut for a homemade Zirbenschnaps or a hearty Kaspressknödelsuppe is recommended. Tip:If you walk attentively through the landscape you can observe marmots! If you don’t see any, you canassume that you have been observed by at least one marmot

How to get there: to Kemateralm by car, ascent Adolph-Pichler hut, Alpenclub Scharte. From there there are also other via ferratas and climbing routes, such as the Ochsenwand. 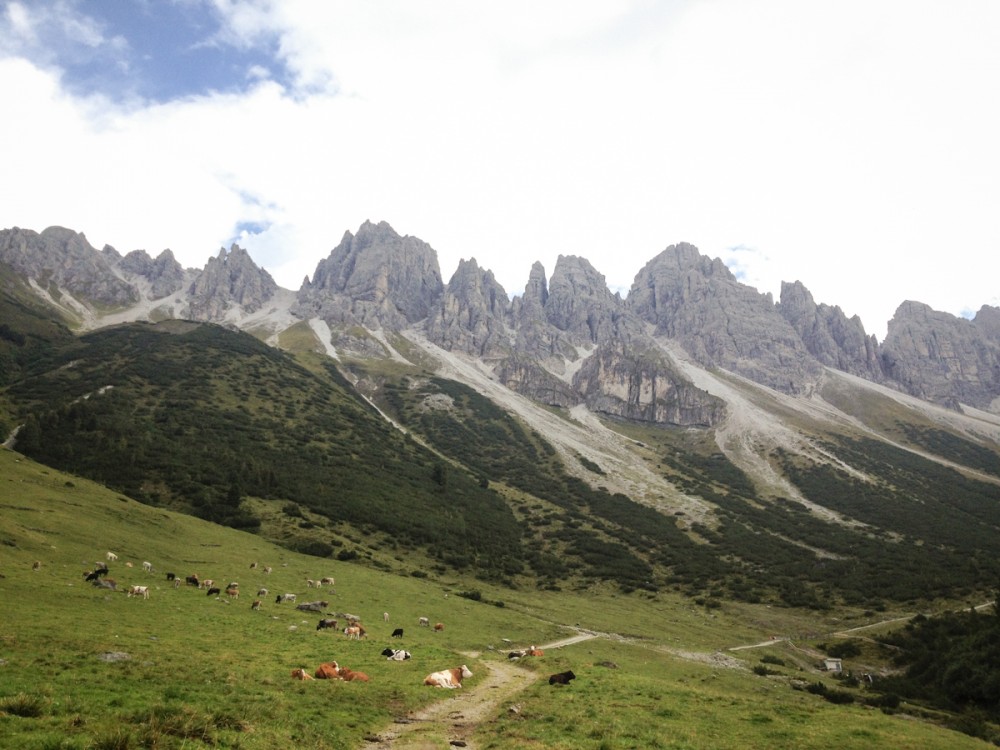 In the immediate vicinity of Innsbruck there are of course some other via ferratas, such as Crazy Eddie with two different routes (B/C or C/D) near Silz, or the Wank via ferrata above the Mieminger Plateau (B/C, short places C).

Other nice via ferrata day trips from Innsbruck:

In the Stubaital there are also some via ferratas, such as the Elferkofel. The Stubaital is particularly easy to reach by public transport from Innsbruck’s main train station (ST Bus).

In Kühtai the Panorama via ferrata is waiting to be discovered by experts (C/D, D/E, 4h).

In the Ötztal there are several via ferratas, two of which are near a waterfall: the Stuibenfall (ideal for beginners and children) and the Jubiläumsklettersteig at the Lehner waterfall. Can be combined with a trip to Area 45, for example.

In the Zillertal, several via ferratas are waiting to be discovered, especially the Riederklamm stands out. There are three via ferratas, so there is something for all levels) All tops and info can be found here. The only drawback: the car it is almost 1.5h from Innsbruck to the gorge, but for a day trip with different via ferrata levels still a worthwhile destination.

General information about via ferrata:

If you have never laid a hand on the iron of a via ferrata, you are advised to take a course to begin with. It is always important to have the right equipment (helmet, harness and via ferrata set are compulsory, gloves are often recommended, and don’t forget a first aid kit, cell phone for emergencies and a thunderstorm check in the weather forecast). The times in the text are based on experience and are approximate. Tip: For climbing beginners who have already gained some experience, SAAC offers free safety courses (sport climbing skills min. IV. to V. grade UIAA). You can find all the information here !

And, do you feel like it? Or already trying it out? If so, we would of course be interested to know which via ferrata around Innsbruck is your favorite.