Beautiful in Every Season – Hofgarten Innsbruck

At the north-eastern corner of the old town in Innsbruck, there is a cluster of major attractions, among which are the Hofburg, the Hofkirche and the Hofgarten. As the names suggest, they were elements of the same complex: the Hofburg was the imperial palace, while the Hofkirche and the Hofgarten were the church and the garden of the court. The Landestheater (State Theatre) and the Congress Innsbruck nearby both have royal predecessors of similar functions for recreation. Between the garden and the church, there was even a castle (Schloss Ruhelust) in the 16th century. Indeed, this area was favoured by the royals for hundreds of years. 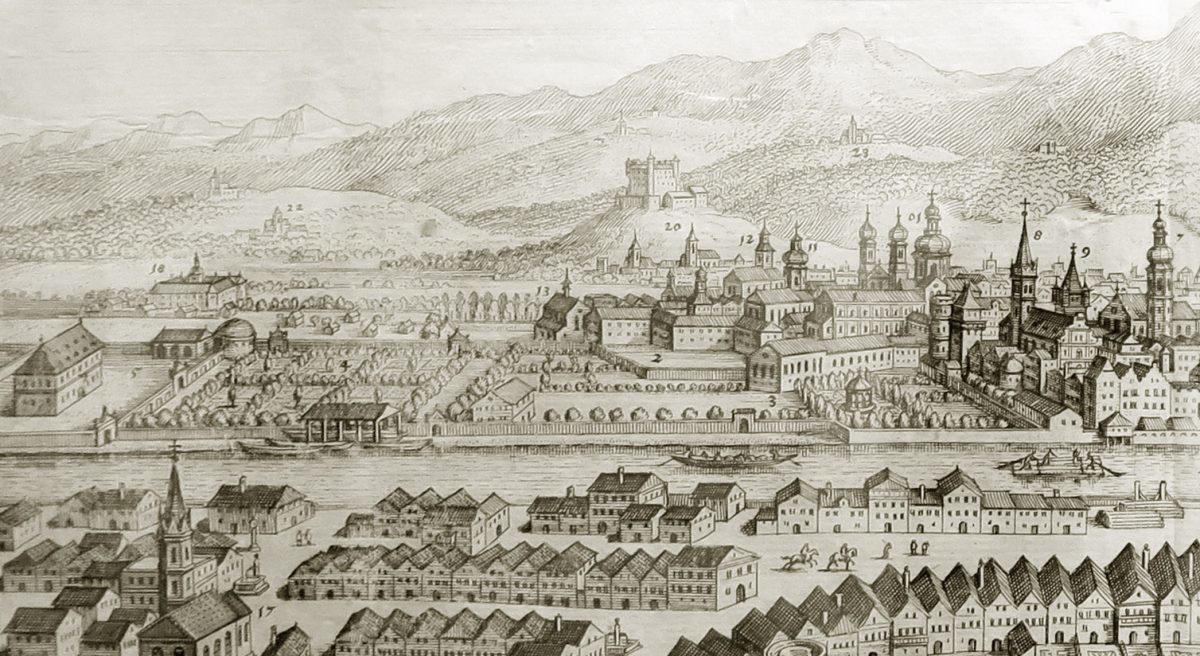 The Hofgarten in 1649, looking into the east, with Schloss Ambras in the background; photo taken in City Museum Innsbruck © City Museum/City Archive

Of course, these facilities are no longer exclusive to the ruling elite but accessible to the public. The Hofgarten, for example, is free for everyone to enjoy during the day, everyday. 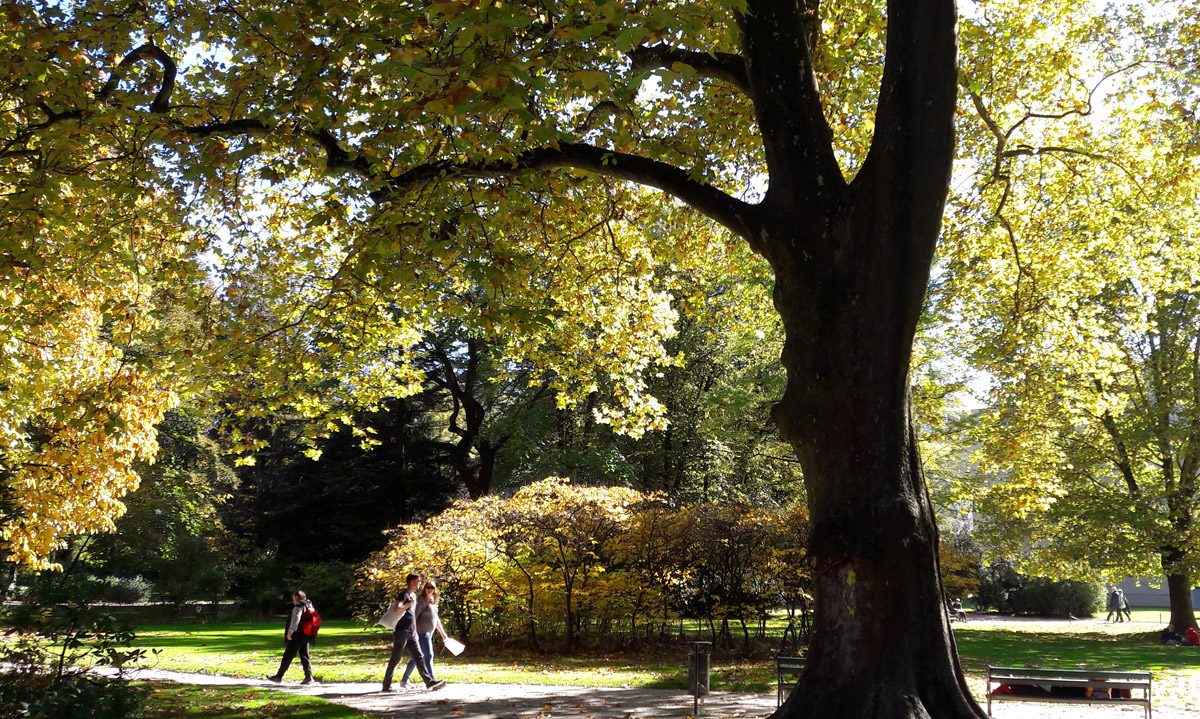 Visiting the Hofgarten in autumn 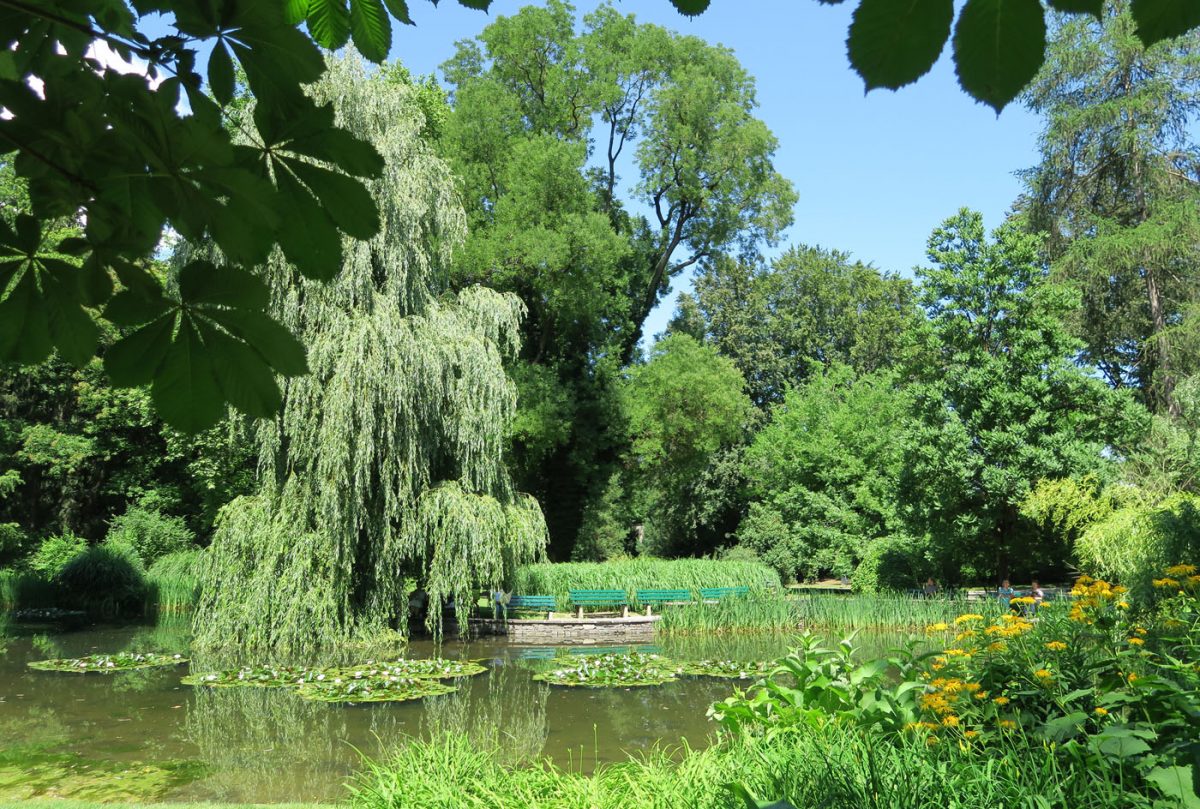 The pond in summer

The Designs of the Hofgarten

Just like fashion, there are changing trends in classic garden design. The land was orginally purchased by Duke Friedrich IV in the 15th century. When it was passed on to Archduke Ferdinand II, an enthusiastic collector and urban planner, the meadow was transformed into one of the most magnificent Renaissance gardens of the 16th century. Later it was converted to a geometric and elaborated French formal garden before changed into a naturalistic English landscape garden in 1858. 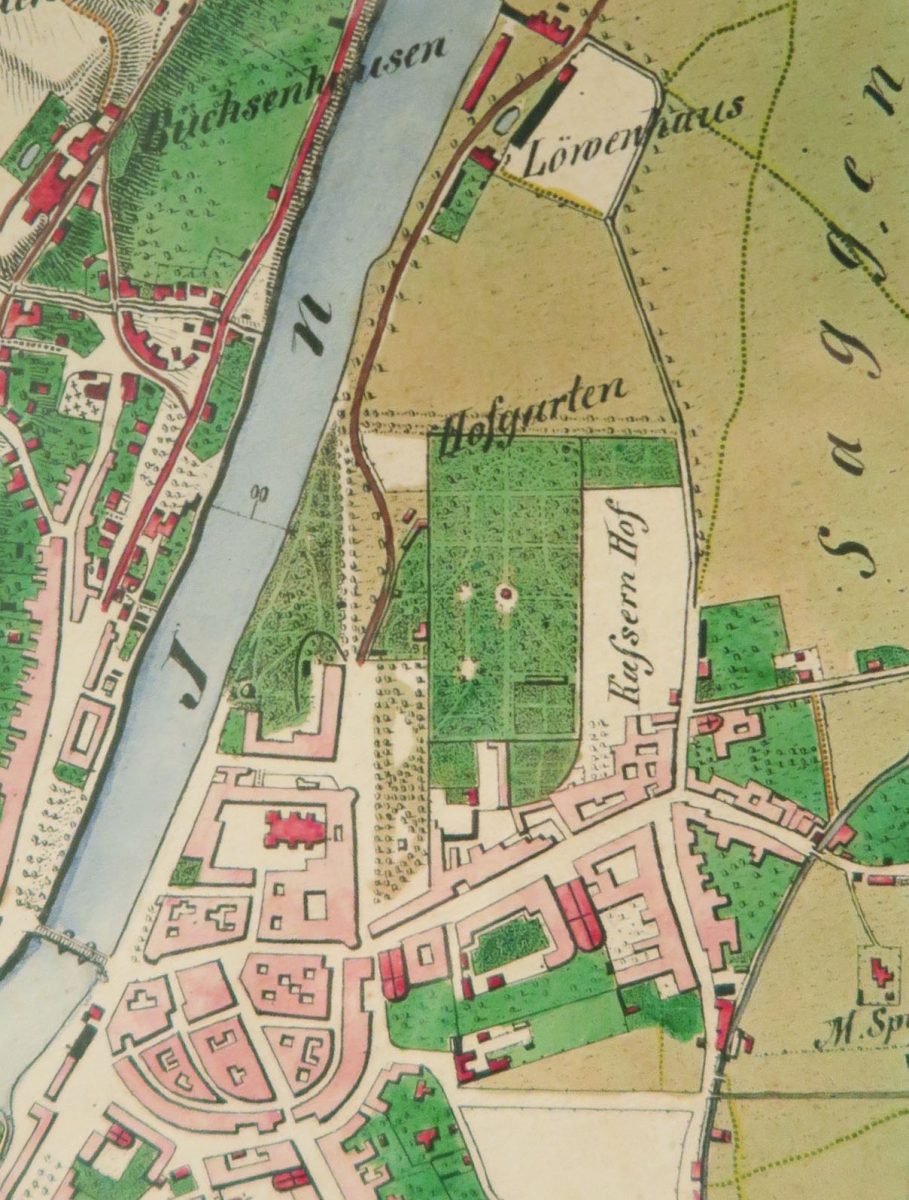 The Hofgarten in 1840, with Löwenhaus (Lion House) in the north; photo taken in City Museum Innsbruck © City Museum/City Archive 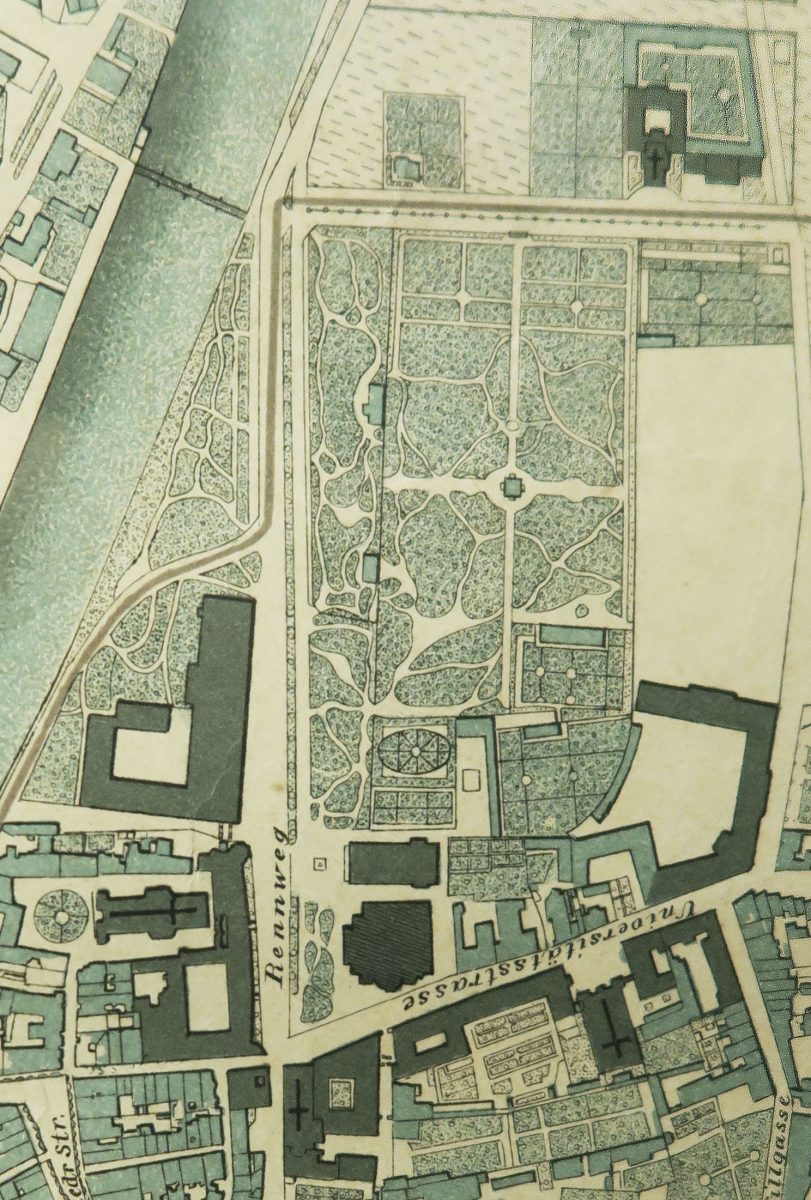 Currently, the Hofgarten grounds host the following features to be enjoyed: 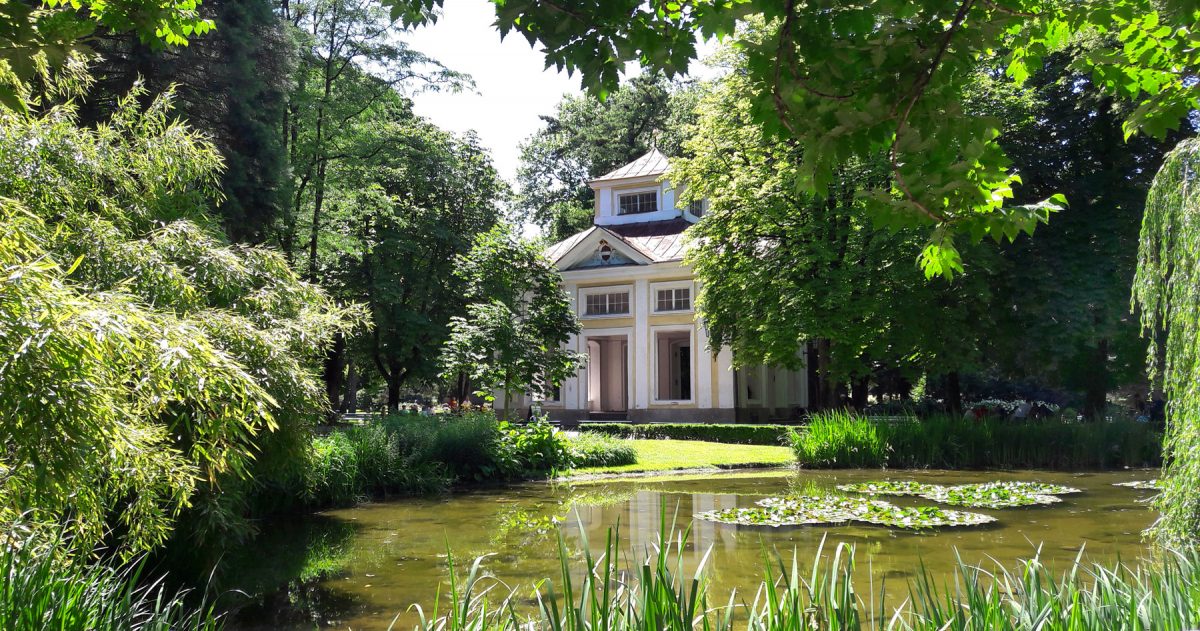 The Musikpavillon (Music Pavilion) next to the pond, built in 1733 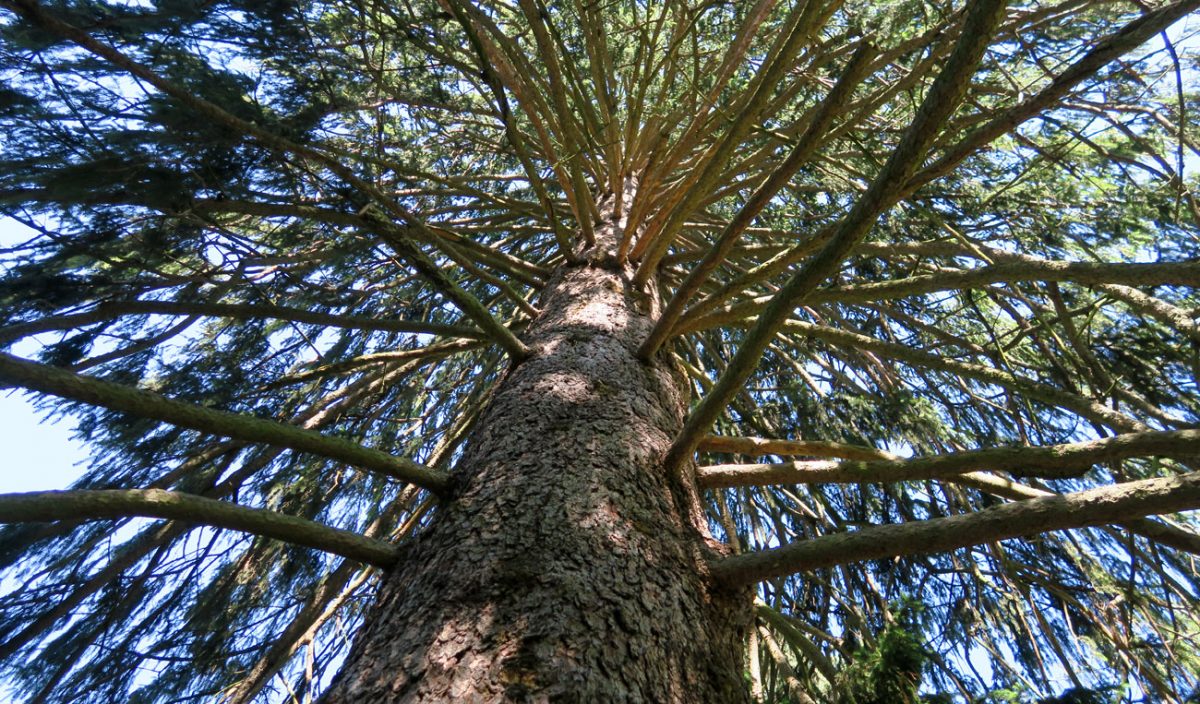 The branches form a natural shelter. There are a lot of amazing old trees in Hofgarten.

Flowers in the Hofgarten 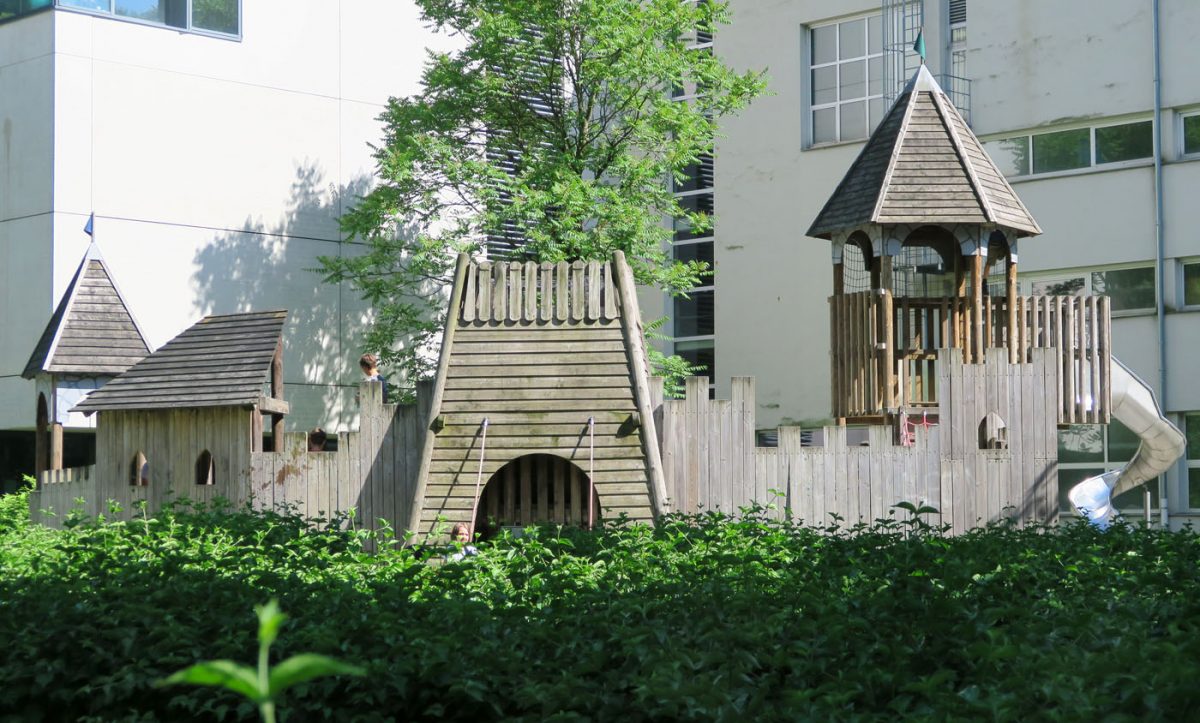 The “fortress” is behind a hedge maze.

Facilities adjacent to the Hofgarten: 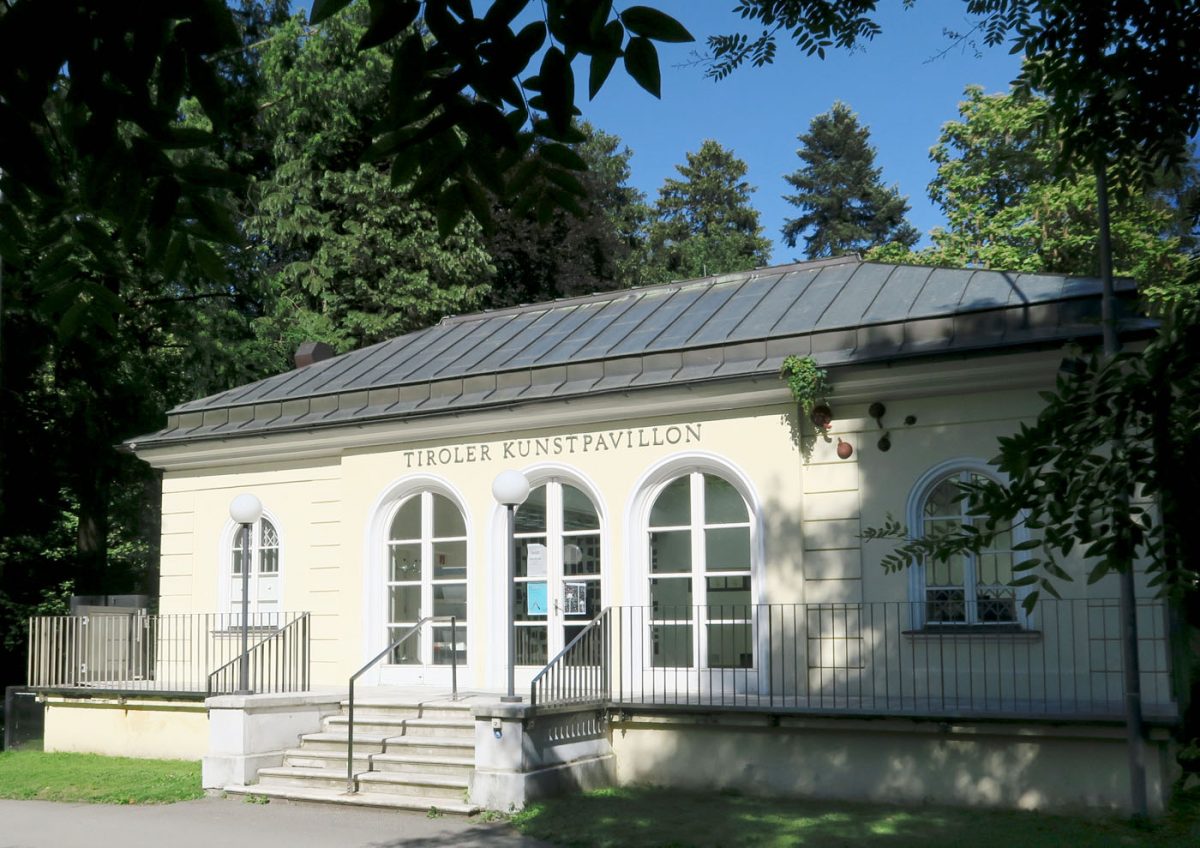 The Kunstpavillon (Art Pavilion) was built in 1842 originally as a summer house for the officials. 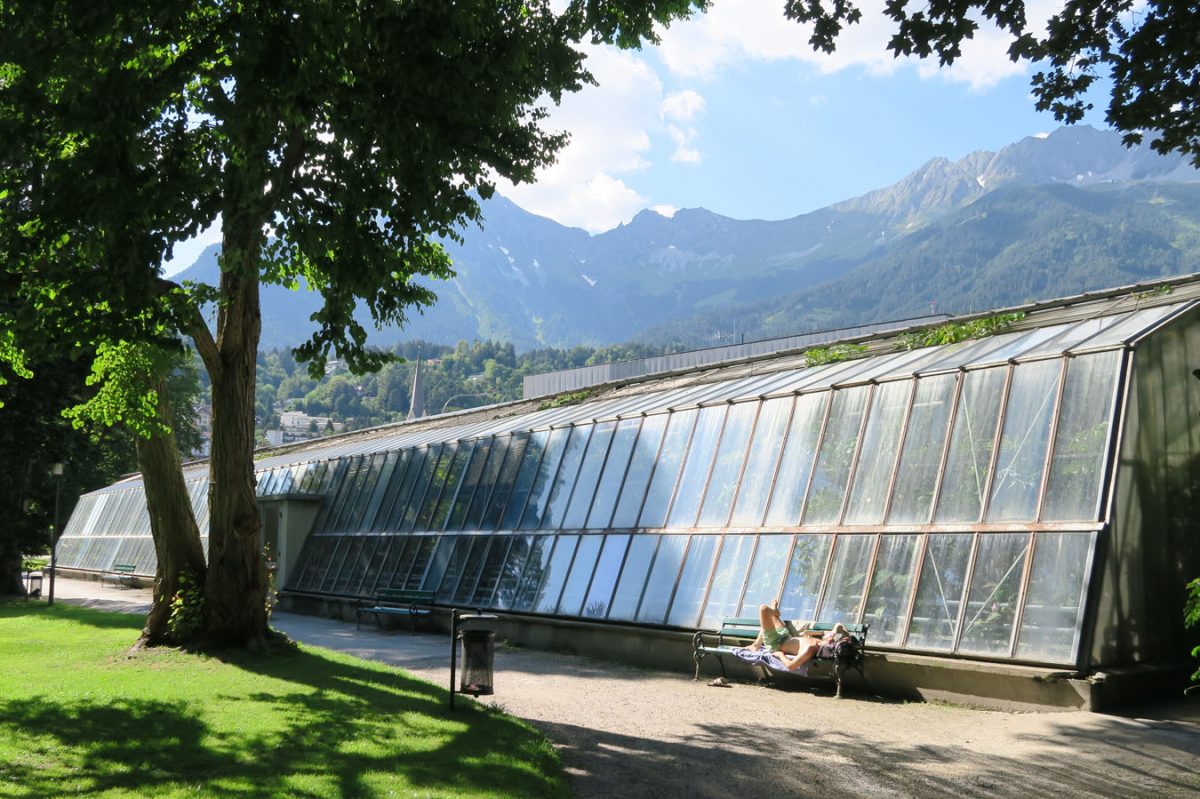 If you come to Innsbruck in a group by coach, it is very likely that on your way to the old town, you will walk through the southern part of the Hofgarten because the coach park is in the south-east corner.

What do we do today?

Activities such as chess games, art exhibitions, concerts and theatrical performances echo the spirit of Renaissance garden design. In addition to Qigong courses and yoga/fitness groups in summer, there is also a local sketching group which frequents the Hofgarten. For Pokemon Go players, the Hofgarten is one of the hot spots as it is a major “nest”. 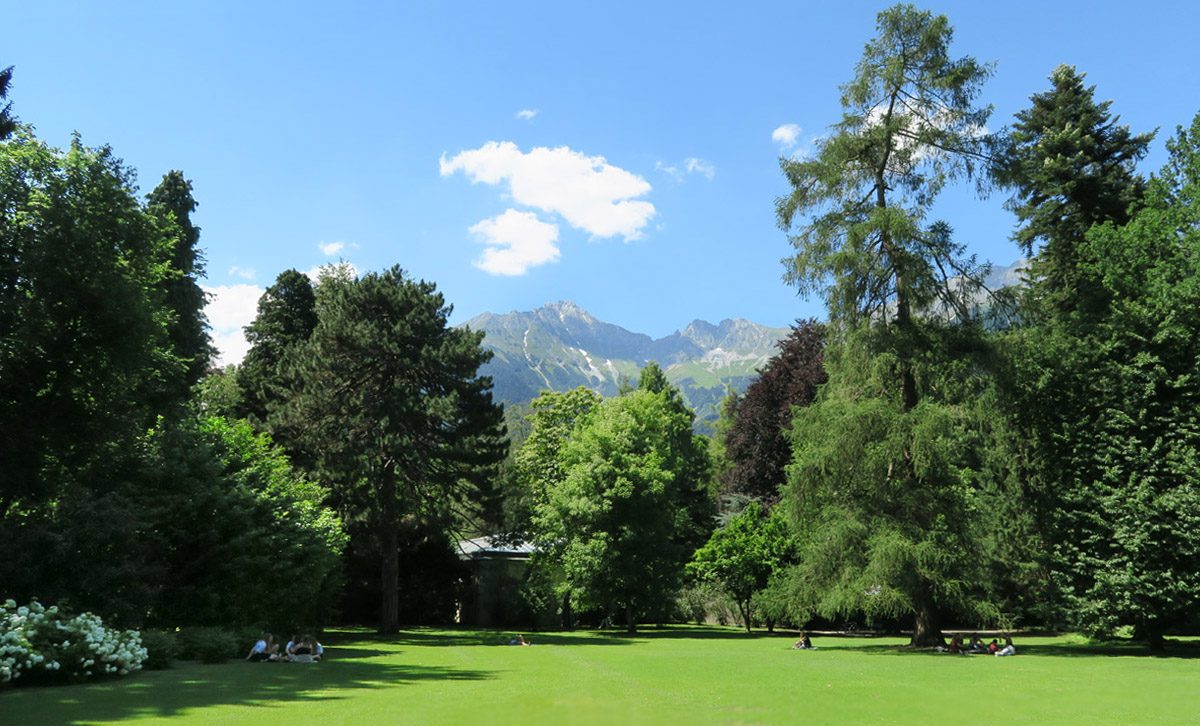 Picnic with a view to the Nordkette

As for picnicking on the lawn, it has been allowed since 2014, but is limited to the areas with a sign. The signs are very subtle though! For your reference, stepping on the grass is NOT allowed around the pond and along the edge of the garden. On the other hand, there are benches everywhere which serve well in cold seasons. 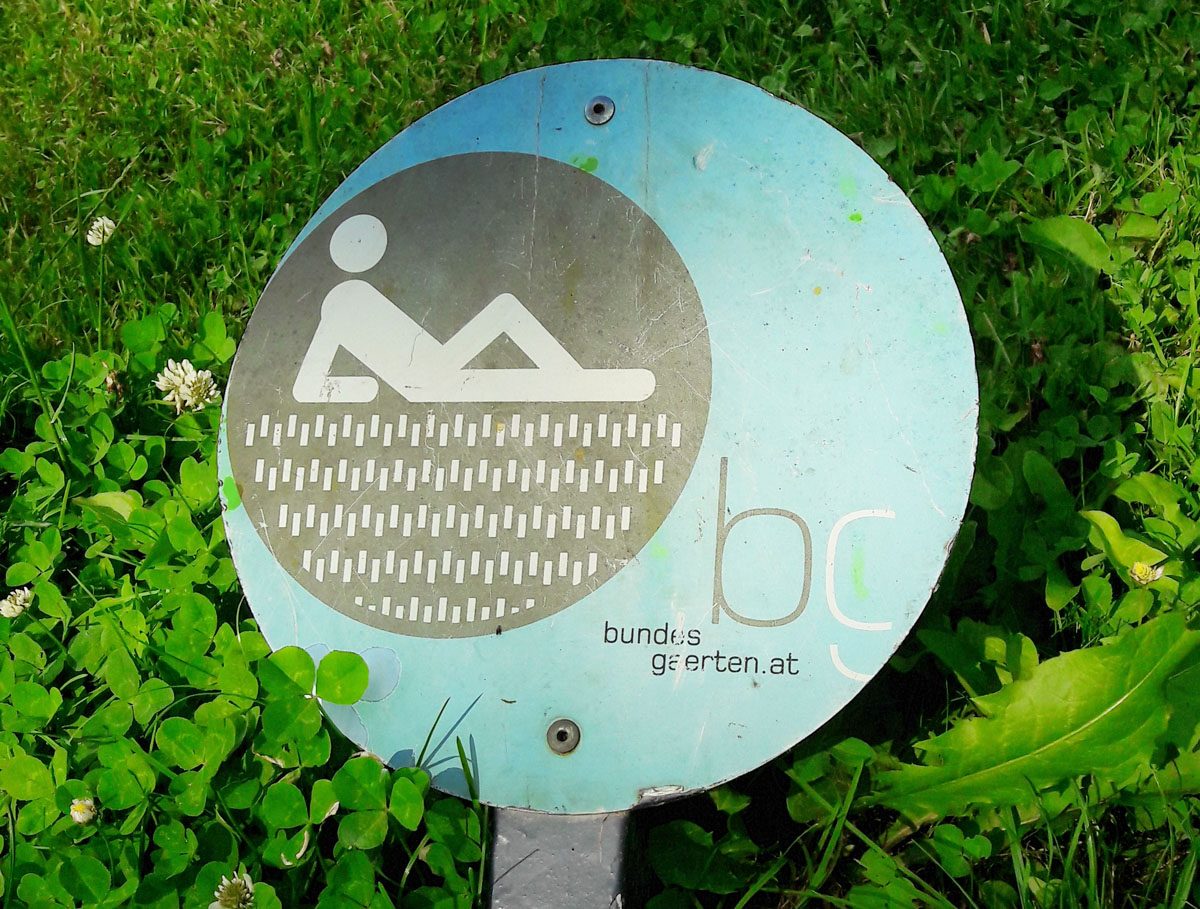 Beautiful in every season

In spring and summer, birds are always singing blissfully while the bees and the butterflies feast on flowers. The mallards were a bit shy when I spotted them last time. Dogs obviously like visiting the Hofgarten with their human companions, too.

Flowers and bees in the Hofgarten

In deep winter, the pond freezes as well! When the snow comes, the garden wardens free up just enough paths from snow, so that walking through the garden is still possible. 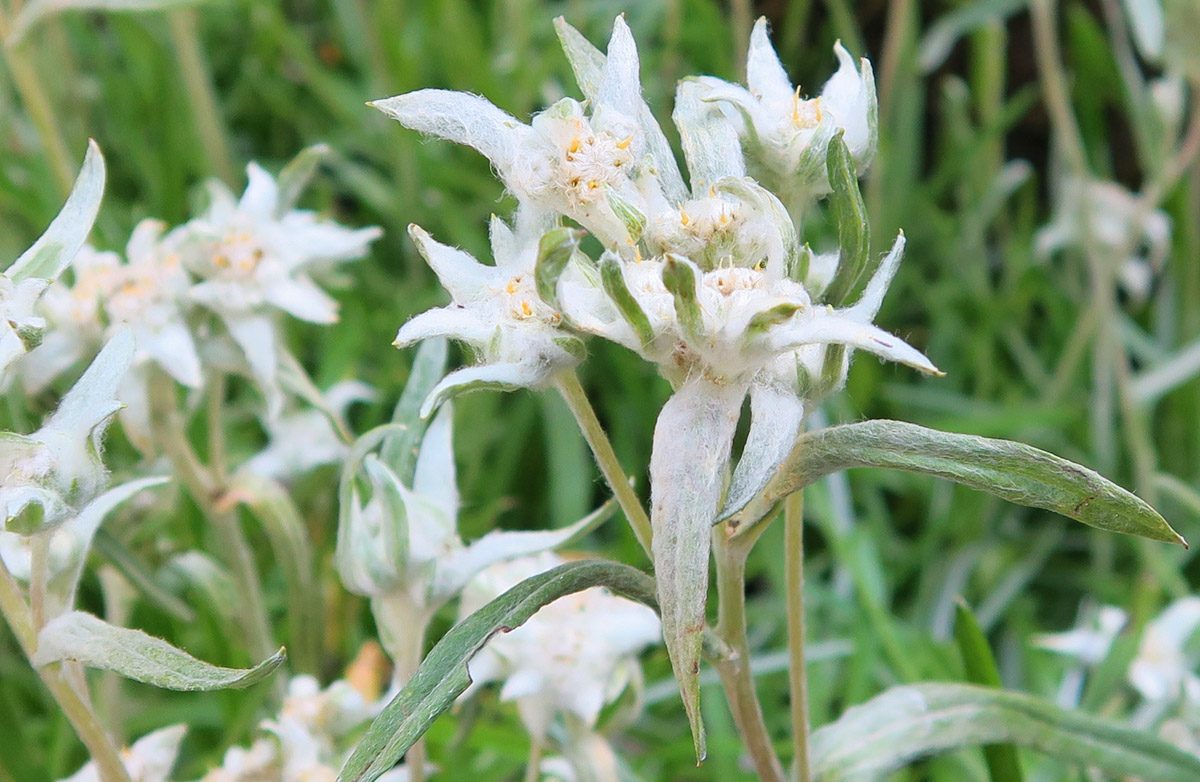 Flowers in the rock garden: Are they cousins of edelweiss?

* All Photos by Ichia Wu

Beach volleyball - trend sport Feet in the sand, ball in the air, sun on your skin…